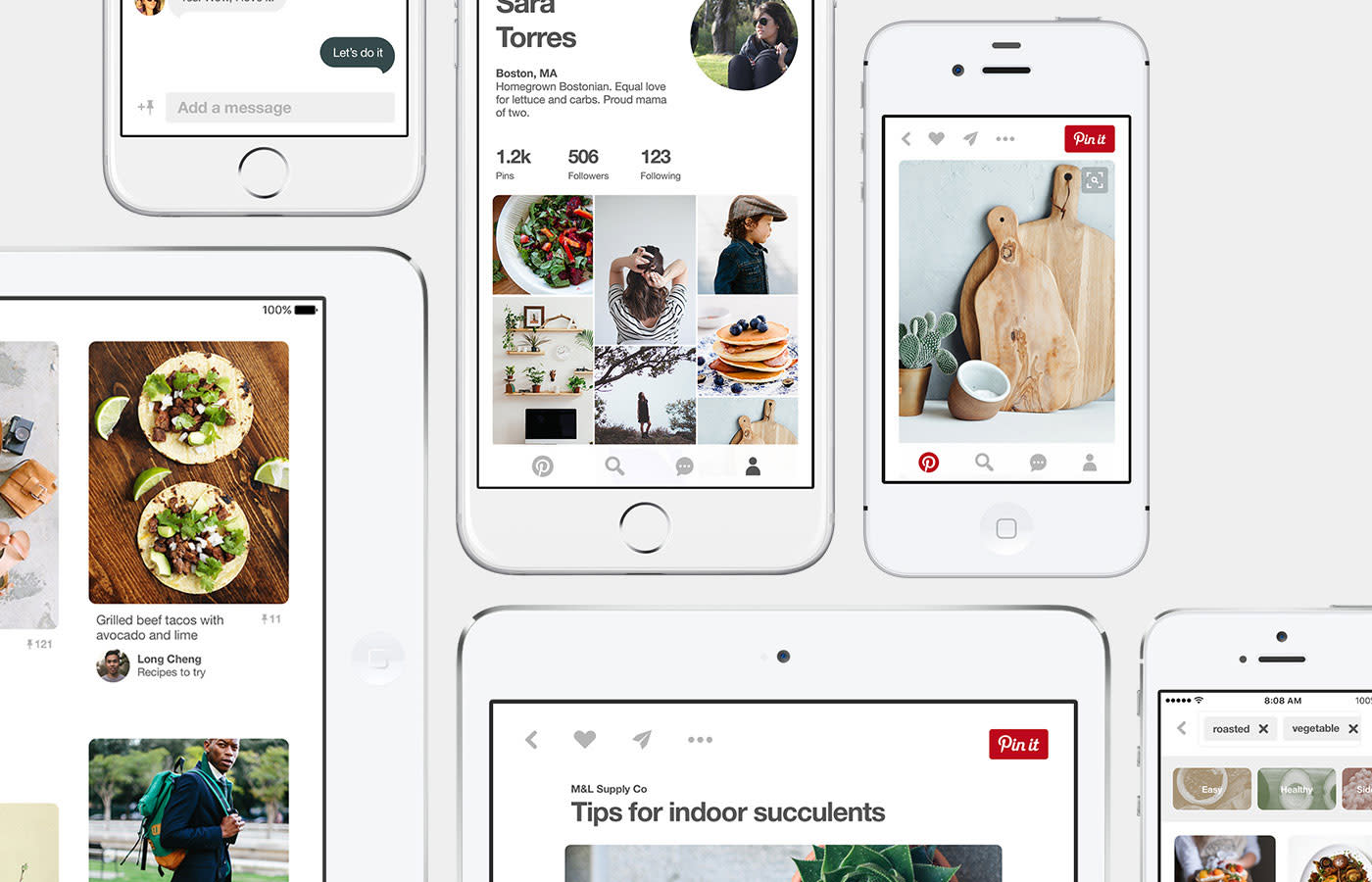 Pinterest regularly adds new features that make using its digital scrapbook of sorts a more pleasant experience. Features like shopping pins, location pins and a search tool that can identify items in a photo all lend a hand compiling your boards. After redesigning profiles to make saving and sorting pins a bit easier, the company has completely retooled its iOS app to tidy up and offer quicker performance. The "new modern look" puts the focus on the pins themselves instead of icons, descriptions and profile images. Pinterest says the app is now "universally readable" as well, supporting 31 different languages.

In addition to the language support, the app also works much better on older devices. Which means that in places where handsets like the Moto G are a popular choice, Pinterest's app will still perform well. The company says that home feed that appears when you first fire up the app now loads two to three times faster than the previous version. As you can see in the GIF down below, you should spend less time waiting for images to load.

Pinterest also says that the rebuilt app will allow it to add new features and release updates at a faster pace, so those regular additions are likely to remain a staple. The new version of the app is only available for iPhone and iPad right now, but it'll arrive for Android and the web "in the coming months."

In this article: app, boards, gear, internet, ios, pins, pinterest, redesign, software, update
All products recommended by Engadget are selected by our editorial team, independent of our parent company. Some of our stories include affiliate links. If you buy something through one of these links, we may earn an affiliate commission.