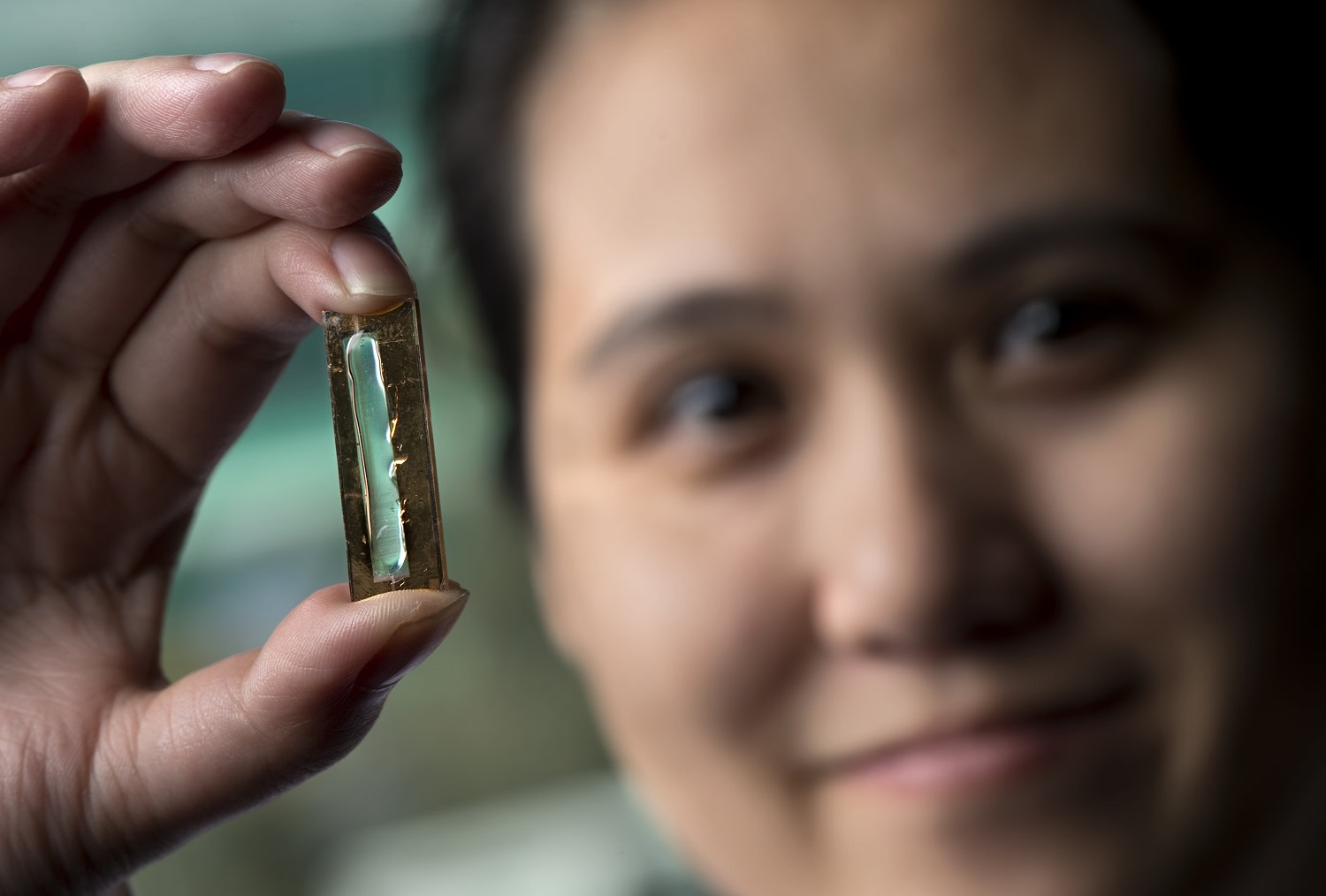 Today, most smartphone and device batteries are made from lithium and slowly lose capacity over thousands of recharges. Researchers at UC Irvine built a battery that substituted gold nanowire in electrolyte gel for the lithium and lost barely five percent battery capacity over 200,000 charge cycles — but they aren't totally sure how it worked.

The researchers were hunting for an alternative to lithium, whose liquid state helps conduct charge but is combustible and sensitive to temperature. Nanowires have been a long-theorized dream battery material as their high surface area holds a lot of electric charge, but wire corrodes in traditional lithium environments after several thousand cycles.

The researchers discovered how to prevent that corrosion while fiddling with different materials. They coated the gold nanowire they were using in manganese dioxide and swapped the lithium for electrolyte gel. The gel and oxide fused into a protective sheath around the wire, and voila: the experimental battery completed hundreds of thousands of cycles over a period of three months with no detectable degradation.

Of course, even the tiny amount of gold wire used was expensive. While they haven't tested it yet, the researchers suggest nickel as an adequate substitute should the concept reach mass production.

Source: Popular Science
In this article: battery, BatteryLife, gadgetry, gadgets, personal computing, personalcomputing, science, TL16OOPS, UcIrvine
All products recommended by Engadget are selected by our editorial team, independent of our parent company. Some of our stories include affiliate links. If you buy something through one of these links, we may earn an affiliate commission.