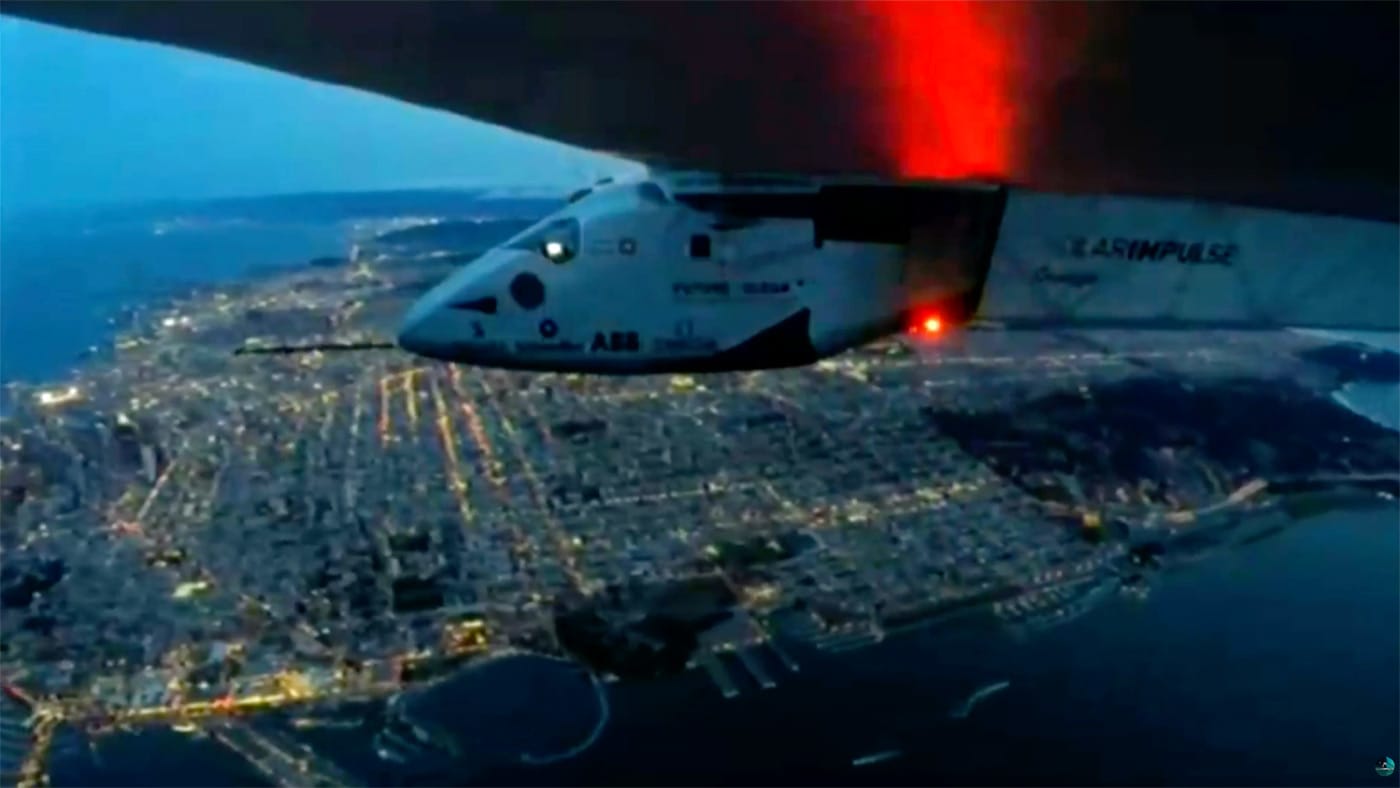 After months of delays and days of flying, Solar Impulse 2 has finished crossing the Pacific. The sunlight-powered aircraft arrived in San Francisco Bay on the night of April 23rd, with an expected touchdown at Moffett Field (as of this writing) around 3AM Eastern on the 24th. This isn't the toughest stint to date (that honor goes to the 5,061-mile trip from Japan to Hawaii), but it was no mean feat. Pilot Bertrand Piccard had to travel 2,717 miles between Hawaii and San Francisco, with only short naps allowed during the 3-day expedition.

As daunting as this and the eight previous legs of the trip have been, the tough part isn't over yet. While flying over the US will be a relative cakewalk (Solar Impulse 2 should reach New York by early June), the aircraft will then have to travel 3,566 miles to Europe. That's a straight 5 days in the air, folks. After that, the plane will complete its around-the-world mission by heading to Abu Dhabi.

This hasn't been the quickest adventure given that the aircraft took off back in March 2015. However, speed isn't really the point. Solar Impulse 2 and its namesake technology are meant to show that green energy can accomplish as spectacular a feat as flying across the planet. If the flight encourages anyone to embrace clean power, it accomplishes its goal.

Source: Solar Impulse, YouTube
In this article: aircraft, gear, green, science, solar, solarimpulse, solarimpulse2, solarpower, transportation, video
All products recommended by Engadget are selected by our editorial team, independent of our parent company. Some of our stories include affiliate links. If you buy something through one of these links, we may earn an affiliate commission.