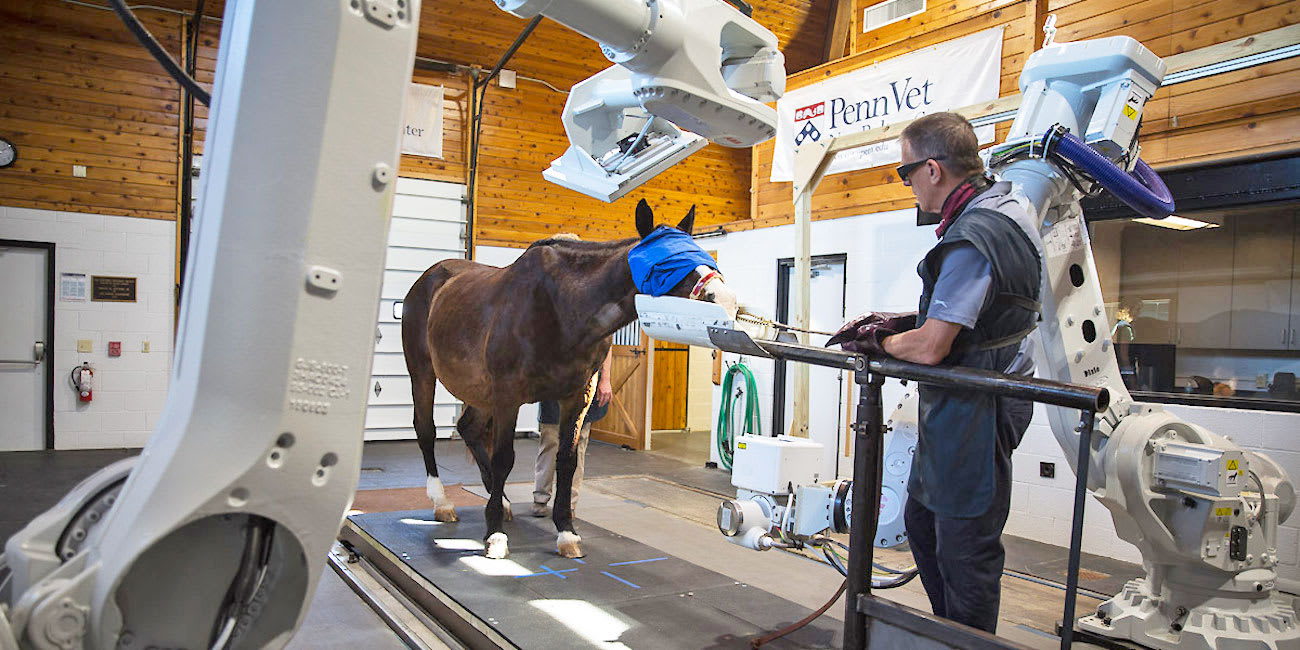 Horses are majestic creatures, but one thing they are not is tiny. Well, not for long, anyway. That creates a problem for equine medicine. When an animal weighs just under an imperial ton and is six-foot tall at the shoulders, there's only so much a veterinarian can do while the animal is still conscious. To that end, the University of Pennsylvania School of Veterinary Medicine (phew) is partnering with imaging outfit 4DDI to make free-standing CT scans a reality. Dubbed "Equimagine," the setup uses a pair of robotic arms that can gather internal images of a horse while it's awake and standing on all fours.

The school says that this will give doctors a glimpse at parts of the animal's body that were previously unseen. Specifically, it could help preemptively diagnose stress fractures in racehorses before they result in a "catastrophic breakdown" during a race.

There's a human application to this as well. Comparatively, children are an awful lot smaller than a pony, but getting one to not move outside of a traditional CT scan tube is pretty difficult. Putting a kid in one and expecting them to hold still is likely much harder. This tech could be used to scan little tykes too, without the need for anesthesia, in around 30 seconds.

Equimagine is already capable of gathering traditional, still 2D scans in addition to 3D imaging, moving images and X-rays at up to 16,000 FPS. But UPenn says the ultimate goal is to someday take these scans while a horse is trotting on a treadmill. To catch a glimpse of it in action, hit the source link below.
Source: University of Pennsylvania
In this article: 4ddi, ctscan, equimagine, equine, horse, horses, medicine, pediatrics, science, UniversityOfPennsylvania, veterinarian, VeterinaryMedicine, xray
All products recommended by Engadget are selected by our editorial team, independent of our parent company. Some of our stories include affiliate links. If you buy something through one of these links, we may earn an affiliate commission.