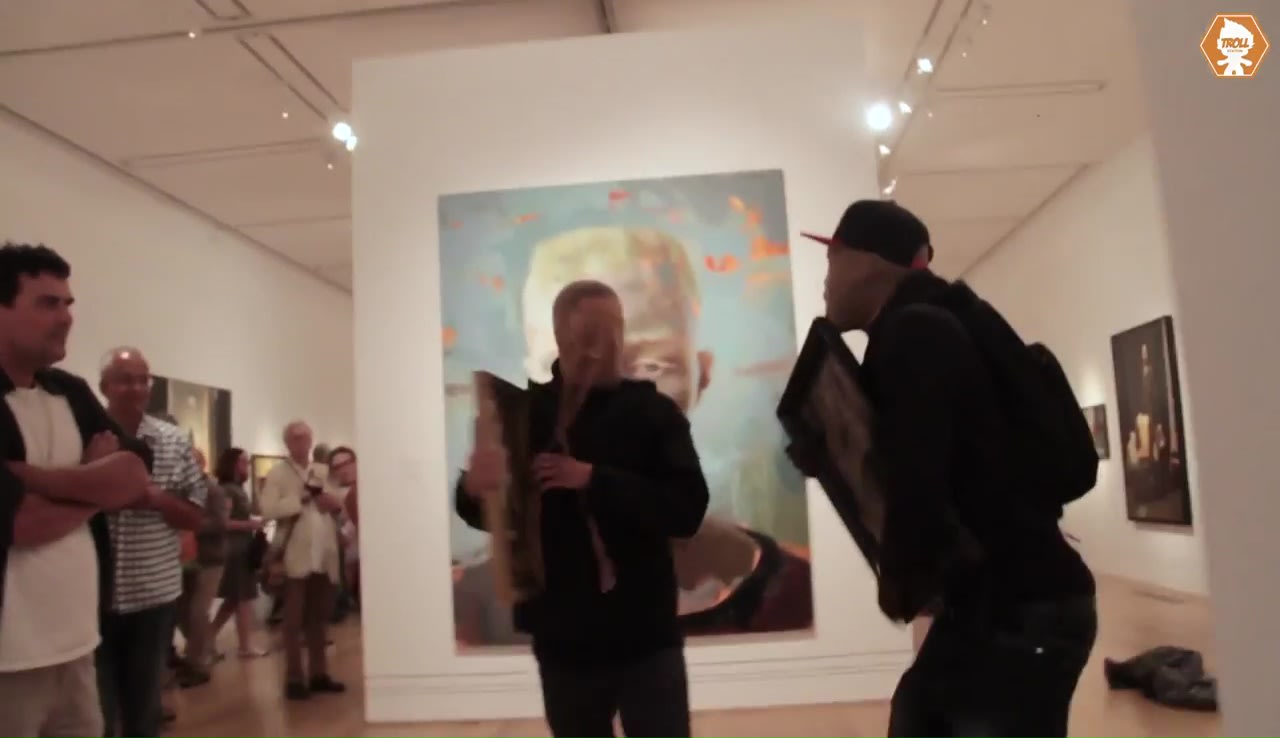 Four members of the YouTube channel Trollstation have been jailed staging hoax raids on two prestigious London galleries. The group pleaded guilty to two counts of using threatening words or behaviour after they performed a fake kidnapping and caused mass panic at the National Portrait Gallery and Tate Britain in July 2015.

Daniel Jarvis (27), Endrit Ferizolli (20), Ebenezer Menzah (29) and Helder Gomes (23) wore tights over their heads and played alarm sounds through a loudspeaker as they pretended to smuggle pre-purchased paintings out of the National Portrait Gallery. The stunt left one woman unconscious and came at a time where London police were on high alert following a terrorist attack on holidaygoers in Tunisia the week before.

Jarvis was sentenced to 20 weeks in jail and Ferizolli will serve 16 weeks in a young offenders' institute. Gomes and Menzah both received 18-week sentences. Trollstation's founder and cameraman, Danh van Le, was sentenced to nine months in jail in March for his role in the gallery stunts and a separate prank involving a fake bomb.

Prank channels have become big business on YouTube. In fact, Google helped turn one of the most popular stunt channels, Prank vs. Prank, into an original series. Trollstation has over 700,000 subscribers and has a history of public pranks, including a three-man pitch invasion during a Europa League match between Tottenham Hotspur and Partizan Belgrade.

"The defendants in this case are part of a group called Trollstation, a group that considers it amusing to carry out acts on the public and upload them on to the internet," said District Judge Mike Snow. "We have been told that the defendants intended this a joke. Their sense of humour is warped and immature. It's likely that the members of public who had seen images of people running for their lives in recent terrorist attacks would run in fear. And that's what happened."

Source: Metro
In this article: art, culture, entertainment, internet, jail, london, prank, prison, trollstation, youtube
All products recommended by Engadget are selected by our editorial team, independent of our parent company. Some of our stories include affiliate links. If you buy something through one of these links, we may earn an affiliate commission.