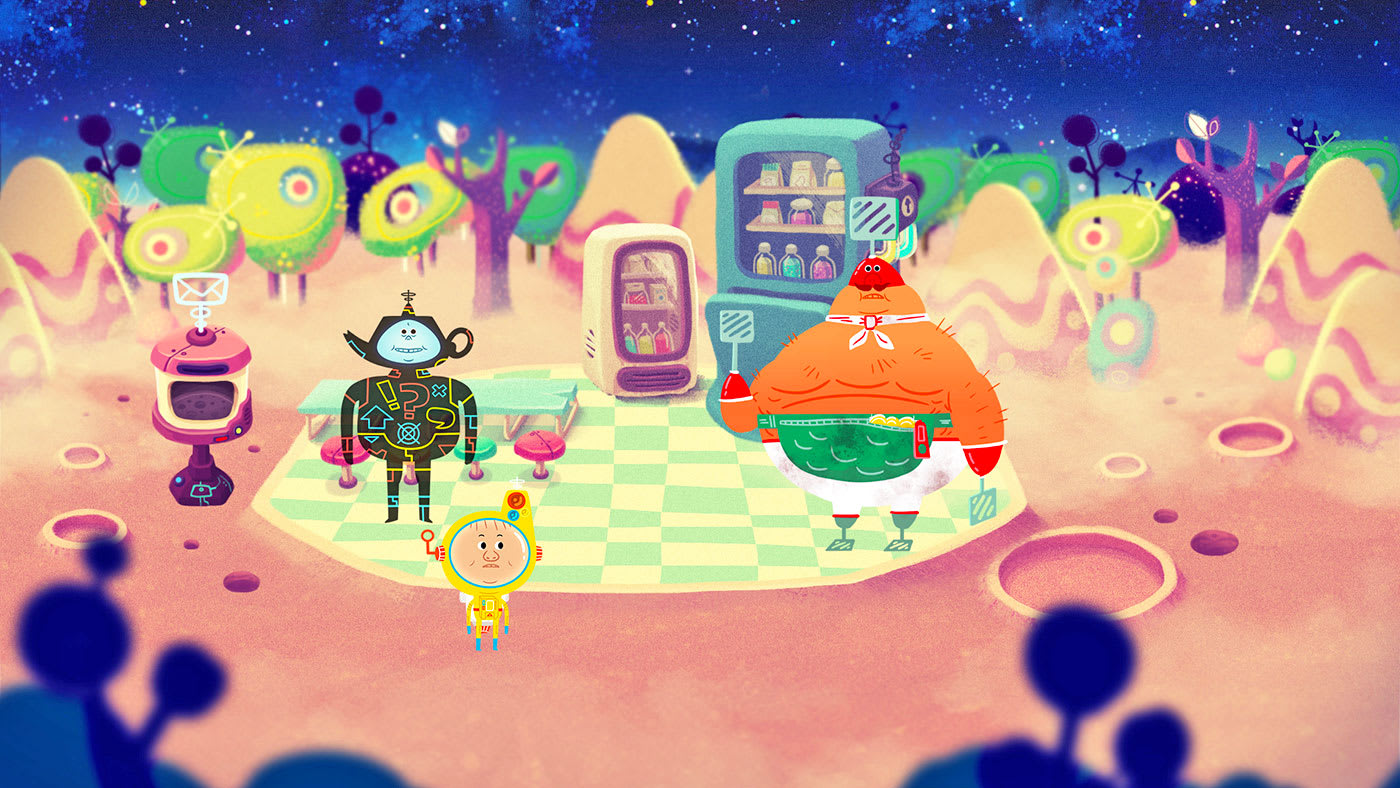 It's been less than a year since Honeyslug, the trio behind games like Hohokum and Super Exploding Zoo disbanded to pursue solo projects. Today, we're seeing one of the first such efforts, Loot Rascals, a roguelike strategy game.

Loot Rascals is the first title from Hollow Ponds, a new studio founded by Nikki and Ricky Haggett, both of who were on the Hohokum team, the latter as lead designer. Also working on the game are artists Swatpaz, an animator for Adventure Time, and Meowza, who worked on Alphabear and Road Not Taken.

Development pedigree established, what exactly is Loot Rascals? , The team describes it as a "roguelike strategy experience with collectible card game elements and a retro sci-fi aesthetic," which is a mouthful but fairly easy to comprehend. In the game, you'll be tasked with escaping a planet full of aliens, robots and monsters, all drawn in a cutesy yet mildly unsettling style.

You'll mount your escape attempt by exploring your environment, collecting cards and fighting enemies. Each card does one of three things: offer a special ability, applies a buff or alter your life, attack or defence stat. You have limited space for cards in your inventory, so you'll need to constantly be making decisions on what cards to keep or discard (tossing a card converts it into currency which you can use to replenish health or activate special abilities).

The entire game is turn-based -- moving your character one square takes a turn, and foes move one square with each turn you take. If you're adjacent to an enemy, a turn-based battle begins. 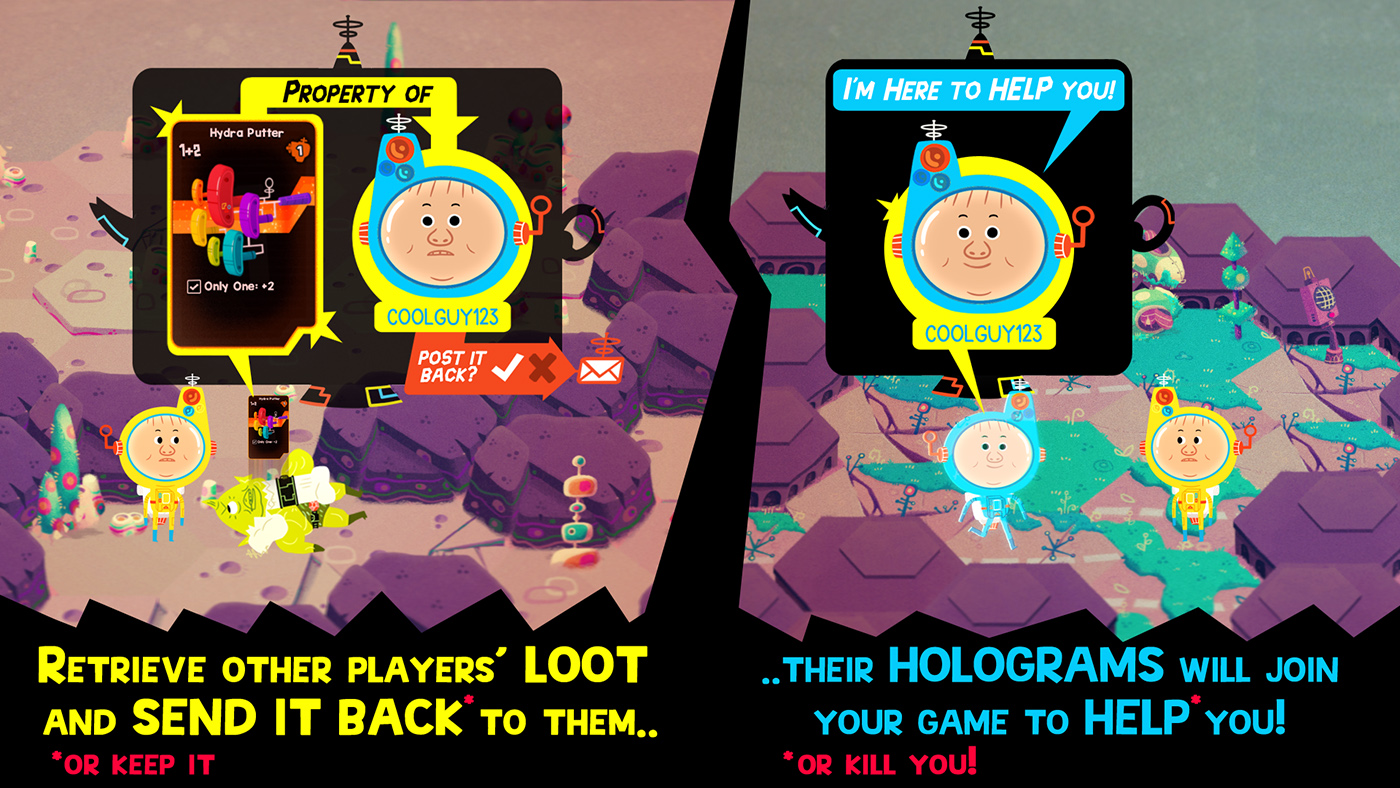 Because this is a roguelike, when you're dead, all progress is lost, and you start again. As with many games in the genre, there's a slight twist on the permadeath idea. When an enemy kills you, it keeps one of your cards. If another player then kills that enemy, they'll get the option to keep the card or return it to you, its rightful owner. Depending on which option they choose, a hologram AI of your character will appear in the other player's game and either aid them or attempt to kill them.

It's early days for Loot Rascals, and we're bound to hear a lot more about the game over the coming months. It's currently scheduled for a release in early 2017 on PC and PlayStation 4.

Source: Hollow Ponds
In this article: av, gaming, hohokum, hollowponds, indie, lootrascals, pc, playstation4, roguelike
All products recommended by Engadget are selected by our editorial team, independent of our parent company. Some of our stories include affiliate links. If you buy something through one of these links, we may earn an affiliate commission.