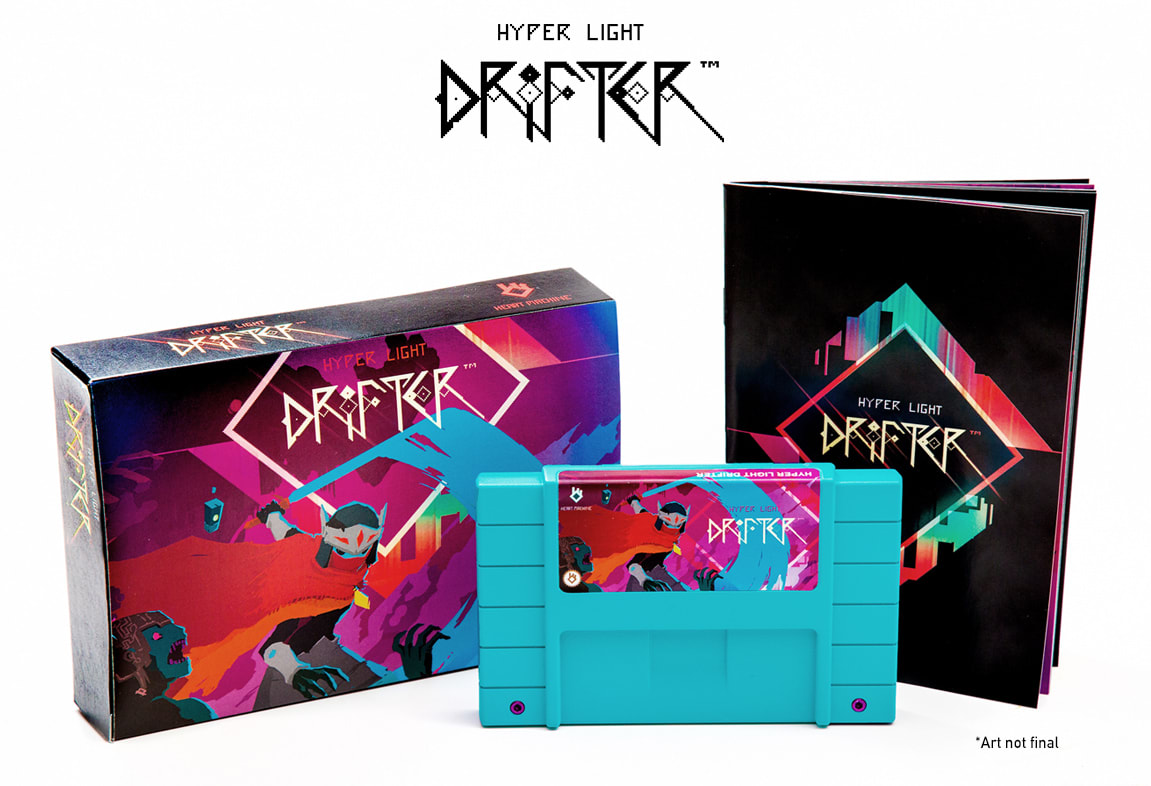 I know what you're thinking -- another special edition for an indie game? Sure it's been done before, many times, but the Hyper Light Drifter Collector's Edition looks pretty sweet. It comes with a cyan "SNES cartridge," a 24-page manual, a 24-inch by 18-inch world map poster, a box to store it all in and a digital code for the game. That manual is particularly welcome; a full-color booklet with information on enemies, drifters, and tons of beautiful artwork. The SNES cartridge is in quotes because it's just a non-functional piece of art. Also it's a North American-style SNES cartridge, so if you owned a European or Asian console, it won't look very familiar to you.

As for the game... Hyper Light Drifter is really good. A lot of people have compared it to Dark Souls, but it's only similar in that it's difficult. It's a top-down 2D action game, with a mysterious but gentle storyline and some very tough combat. When you die -- and you'll do so a lot -- though, you just get transported to the beginning of the combat area with no punishment. In that way, it's got the "live, die repeat" mechanics of other indie games like Hotline Miami.

Pre-orders for the Collector's Edition start today in PC, PlayStation 4 and Xbox One flavors, all priced at $65. If you order the PC version, you'll get a Steam code immediately, and the cool collector-y stuff late this summer. As the Xbox and PS4 versions aren't due out until summer, you'll get your code as soon as it's available. iam8bit, the store selling the special edition, says its goal is "to have the boxes shipped out in concert with Hyper Light Drifter's console release." In addition to the Collector's Edition, iam8bit is also selling a 4LP vinyl soundtrack and some fine art prints from the game.

Source: iam8bit
In this article: art, av, collectorsedition, gaming, gear, hyperlightdrifter, indie, manual, specialedition, videogame
All products recommended by Engadget are selected by our editorial team, independent of our parent company. Some of our stories include affiliate links. If you buy something through one of these links, we may earn an affiliate commission.