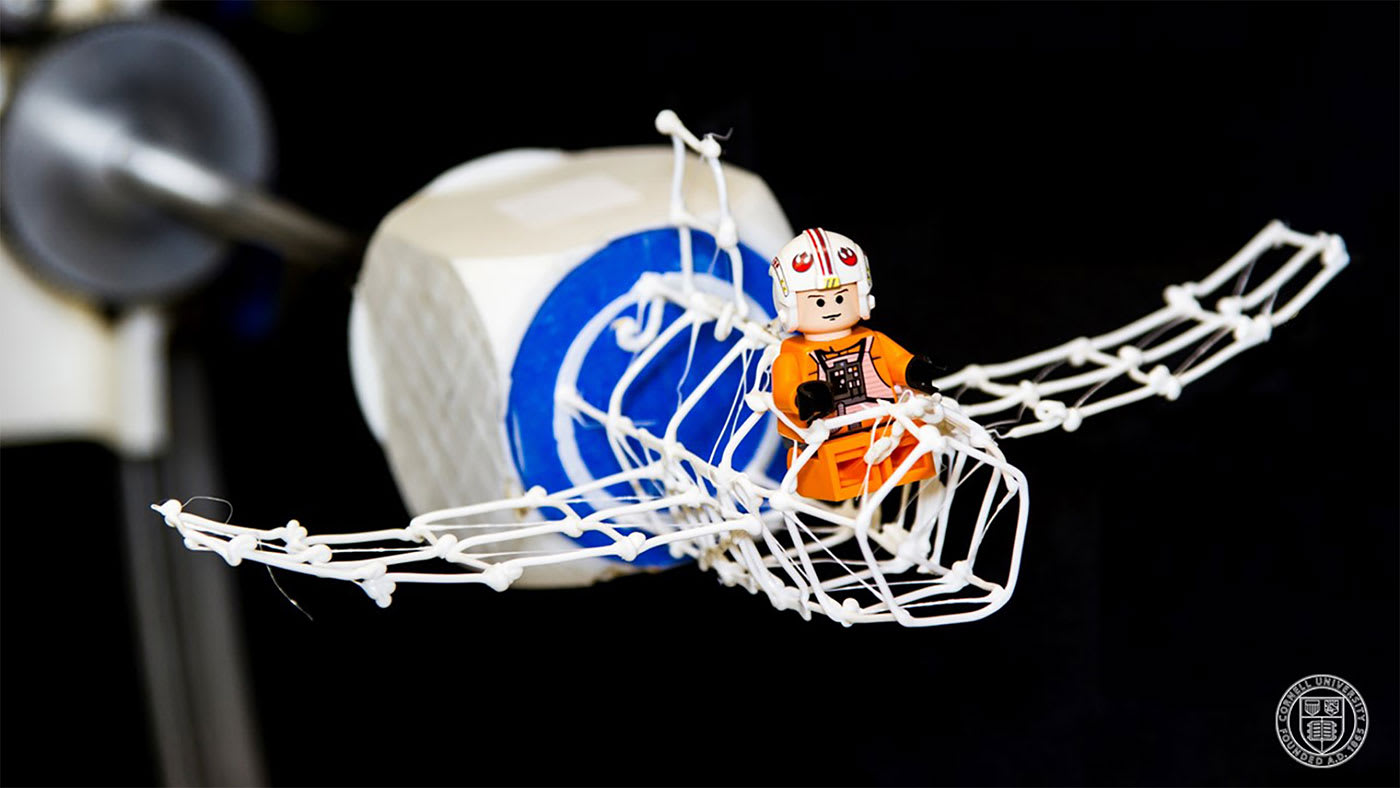 There's no denying the benefits of 3D printing for hobbyists and folks looking to prototype potential products. However, making changes typically means waiting for the current version to finish printing and starting a new build from scratch. Researchers at Cornell University are looking for a better solution that makes for easy tweaks and they've built "an interactive prototyping system" to do so. The "on-the-fly" 3D printing setup outputs the design that's being worked on as its created in a CAD file, allowing the user to pause for testing, measurements or to change the model that's still in progress.

Using a wire frame construction that looks similar to what the 3Doodler pens create, the system builds a model of the object's shape rather than a complete solid. With a "low-fidelity sketch," a designer is free to make any changes before moving on to making the filled in shape. In other words, if you were working on a toy plane that would carry a Lego figure (one of the group's projects), you could print the underlying structure of the object to see if it would work rather than wasting your time and materials on an in-progress version.

What if you need to remove something that's already been printed? Well, the device has a cutter that removes those pieces and the printer's base is aligned by magnets. The magnets make it removable for those tests and measurements, but ensures you put it back in the right place to resume construction. A CAD plug-in designs the wire frame version of the object and while printing can continue while changes are being made to the digital file, the system will pause when it gets to that area until any tweaks are finished. The project received support from Autodesk and the National Science Foundation, so hopefully a consumer-friendly version will become available in the future.

Via: Geek.com
Source: Cornell University
In this article: 3dprinter, 3dprinting, cornelluniversity, diy, do it yourself, doityourself, gear
All products recommended by Engadget are selected by our editorial team, independent of our parent company. Some of our stories include affiliate links. If you buy something through one of these links, we may earn an affiliate commission.