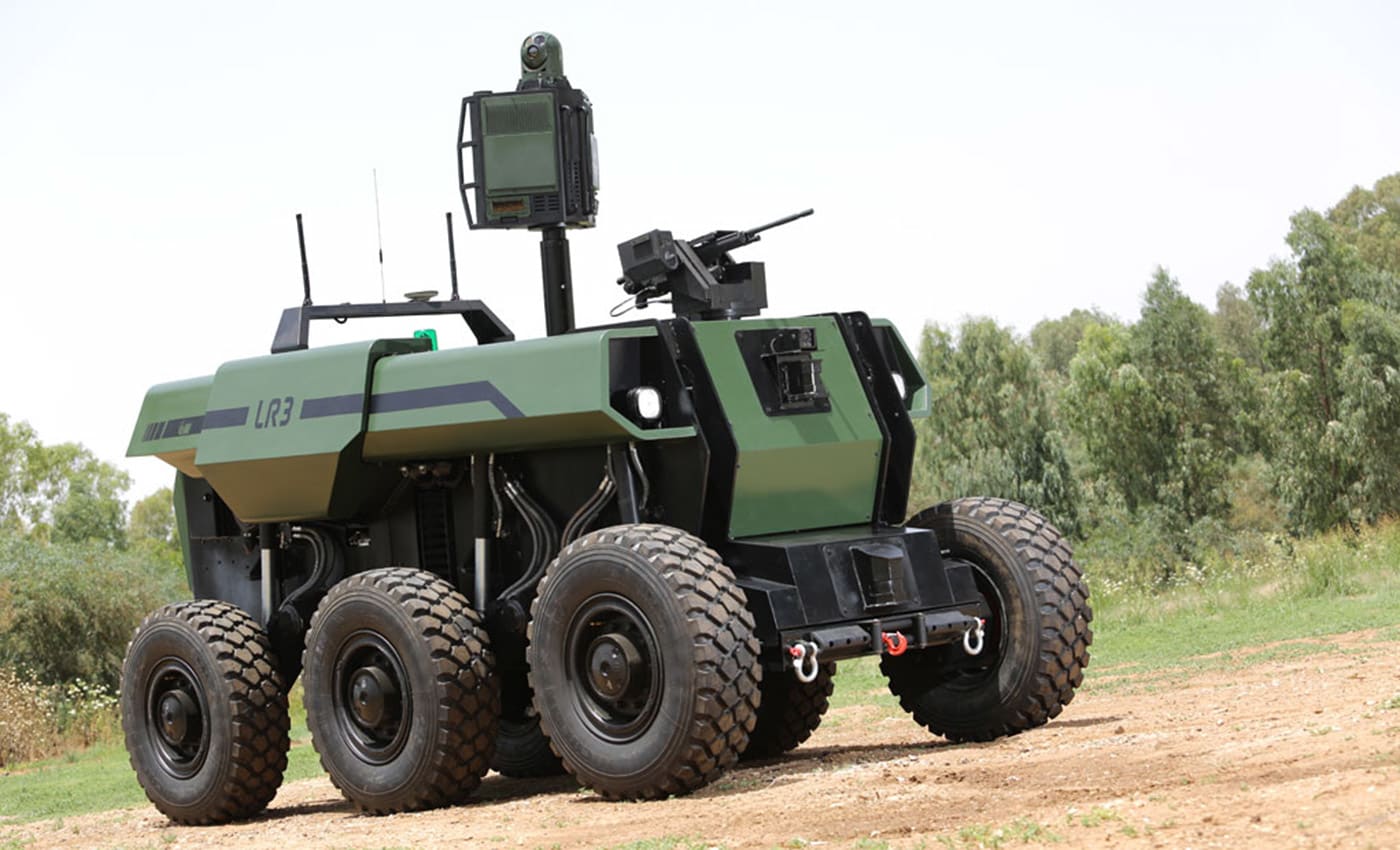 Israel Aerospace Industries' (IAI) new combat robot has a wide variety of applications. The machine called RoBattle can be used as an advance guard, as a decoy or for surveillance missions. Why? Because it uses a system that the manufacturer calls modular "robotic kit" made up of several components: vehicle control, navigation, RT mapping and autonomy, sensors and mission payloads. Since it has a modular design, the company can swap in parts depending on what a particular mission needs. For instance, it could either use wheels or tracks, and its payload could be anything from robotic arms and sensors/radars to remote-controlled weapons.

IAI is showing it off at the Eurosatory airland defense and security exhibition in France, which starts on June 13th. If you can't make it there, don't worry. The video below demonstrates some of the machine's skills, particularly its ability to cross rough terrain and even climb over walls.

Via: Defense Update
Source: Israel Aerospace Industries
In this article: autonomousrobots, gear, israelaerospaceindustries, modularrobot, robattle, robots
All products recommended by Engadget are selected by our editorial team, independent of our parent company. Some of our stories include affiliate links. If you buy something through one of these links, we may earn an affiliate commission.