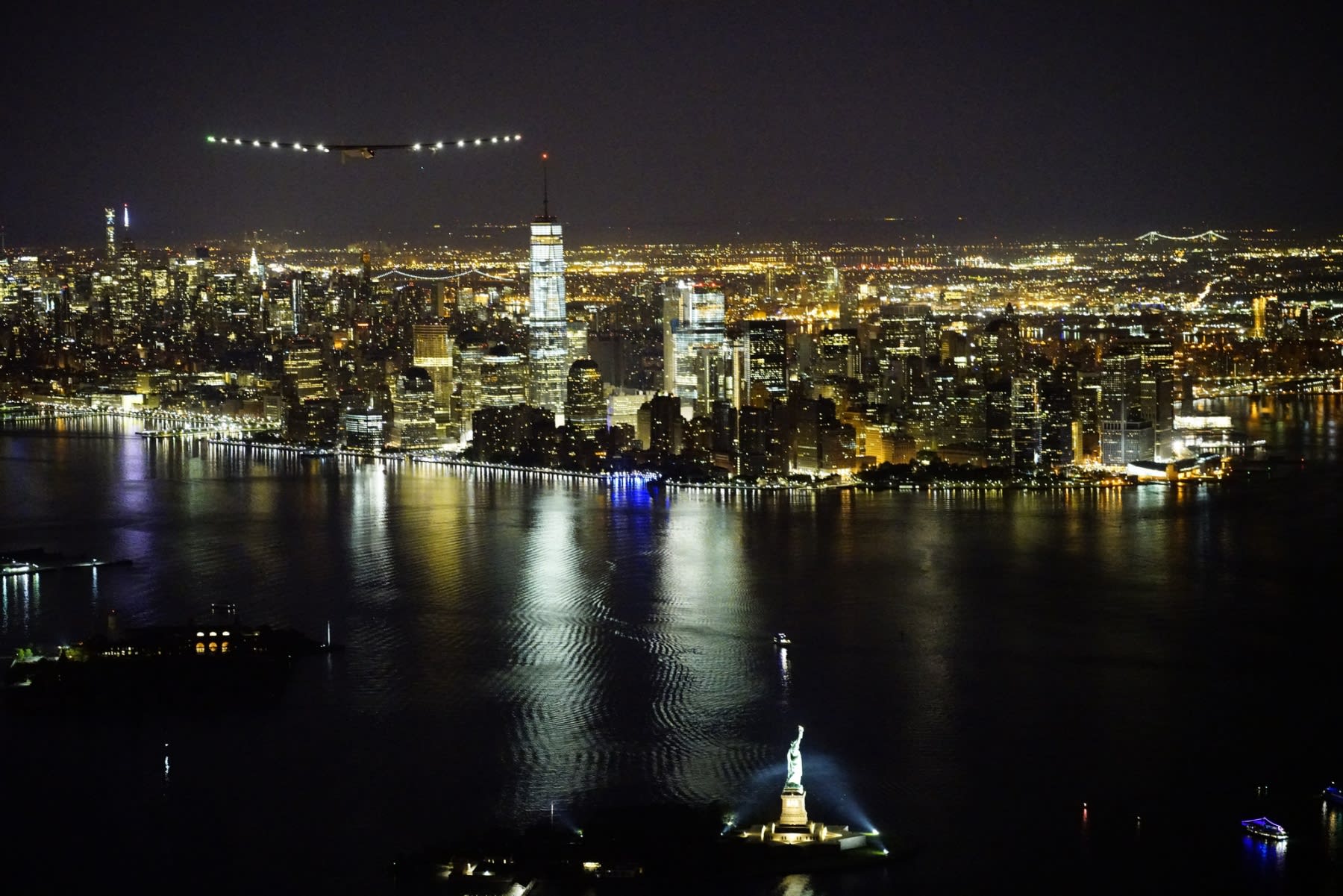 Solar Impulse 2 continues its slow creep around the globe, this time completing its journey across the US by landing in New York City. It first arrived in the continental US back in April when the solar-powered aircraft touched down in San Francisco, and now has completed its 14th leg since leaving Abu Dhabi in March of last year. It's not the fastest way to get around -- especially given delays due to battery damage -- but it is very green, which is the whole point. Next up is an Atlantic Ocean crossing, with a destination in either southern Europe or Northern Africa. Check below for video of the latest flight.

BREAKING @andreborschberg lands in #NYC after a 5h flight, and completes the crossing of the USA! #futureisclean pic.twitter.com/58I0KxSXIU

Source: Solar Impulse
In this article: gear, green, NewYorkCity, NYC, plane, solar, SolarImpulse, solarimpulse2, SolarPower, transportation, US, video
All products recommended by Engadget are selected by our editorial team, independent of our parent company. Some of our stories include affiliate links. If you buy something through one of these links, we may earn an affiliate commission.