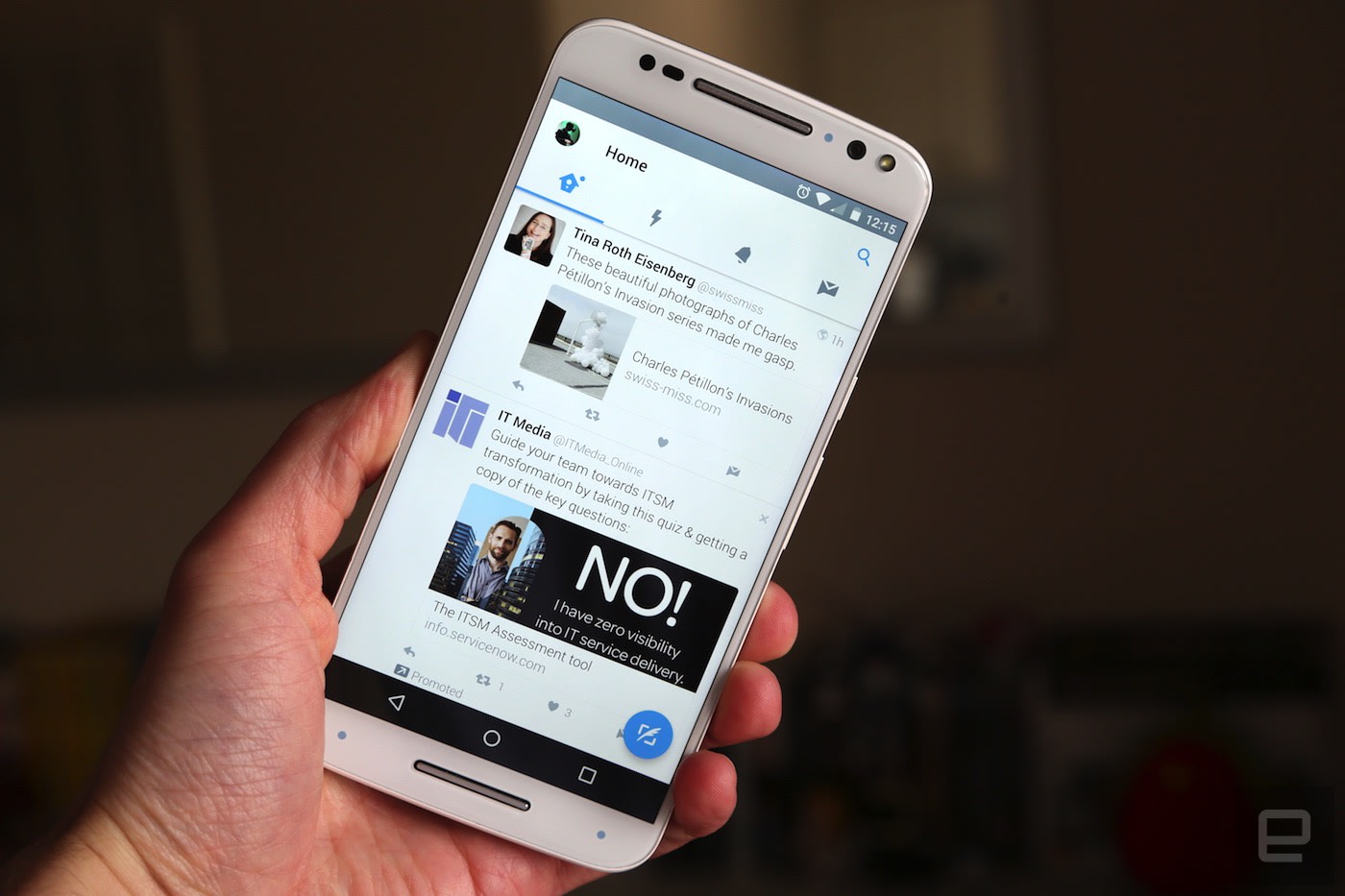 Twitter has already taken a few steps to curb harassment, but what about the basic act of blocking someone? That's getting easier, too. The social network is introducing an improved blocking experience that takes away some of the headaches: just go to the offending tweet, choose Block from the "..." button and that person vanishes from your timeline. It's not going to get rid of systematic abuse (such as people who create dummy accounts or put you on targeted lists), but it will help you get back to your regular tweeting a little bit sooner.

Update: Twitter has chimed in to explain exactly what's new. Before, people you'd blocked could still see what you wrote through quotes and retweets. Now, it's a complete vacuum -- block someone and they can't see anything you say, even if someone else is quoting you.

Source: Safety (Twitter), Twitter Safety Center
In this article: abuse, block, culture, harassment, internet, socialnetwork, socialnetworking, twitter, video
All products recommended by Engadget are selected by our editorial team, independent of our parent company. Some of our stories include affiliate links. If you buy something through one of these links, we may earn an affiliate commission.