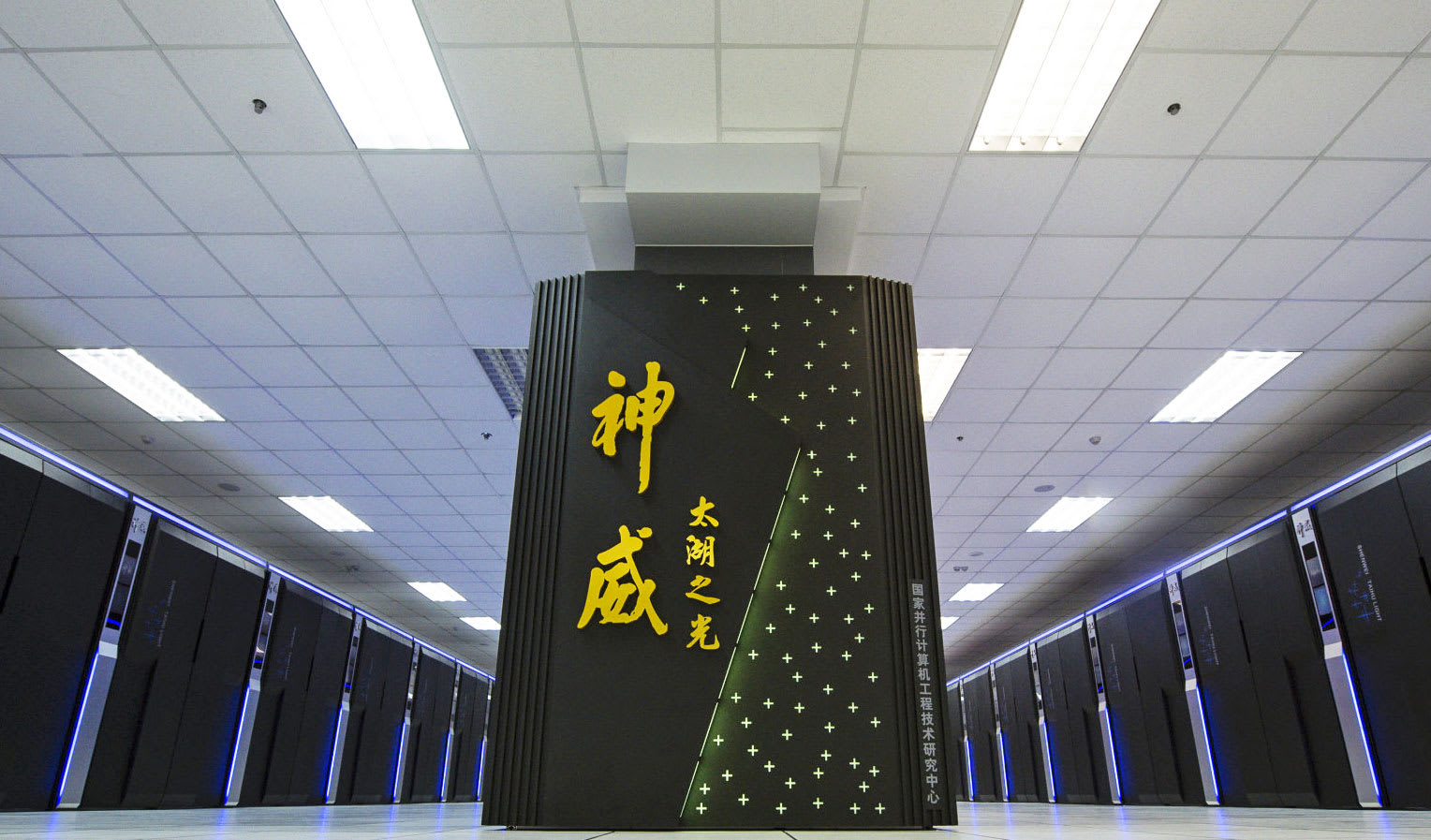 There's a new computing champion... and unlike past years, this one doesn't depend on any Western tech to crunch numbers. Top500 has declared that China's Sunway TaihuLight, a 40,960-node system powered entirely by Chinese processors (the 260-core ShenWei 26010), is the world's fastest supercomputer. And it's leading by a wide margin, too. At 93 petaflops of processing power, it's nearly three times more powerful than the previous record-setter, the 33.85-petaflop Tianhe-2.

The new system uses a custom interconnect format to link its nodes, and there's a custom Linux variant that serves as its software foundation. The technology isn't especially exotic (the interconnect is based on PCI Express), but it doesn't need to be to achieve a breakneck pace. It's even more power-efficient than Tianhe-2 at a relatively modest 15.3 megawatts of energy consumption.

The irony? As Top500 says, a 2015 US embargo may have helped TaihuLight's chances of claiming the top spot. Many expected Tianhe-2 to get an upgrade to Intel's Xeon Phi processors and push 100 petaflops, but the trade restriction prevented that from happening. The embargo also persuaded China to step up its processor development, so any successors to TaihuLight might be that much faster. Having said this, TaihuLight may solve engineering and science problems for everyone -- we're not going to knock a supercomputing breakthrough if it's useful well beyond its native soil.

Via: Popular Mechanics
Source: Top500
In this article: china, computer, gear, personal computing, personalcomputing, science, shenwei, sunway, sunwaytaihulight, supercomputer, sw26010, taihulight, top500
All products recommended by Engadget are selected by our editorial team, independent of our parent company. Some of our stories include affiliate links. If you buy something through one of these links, we may earn an affiliate commission.