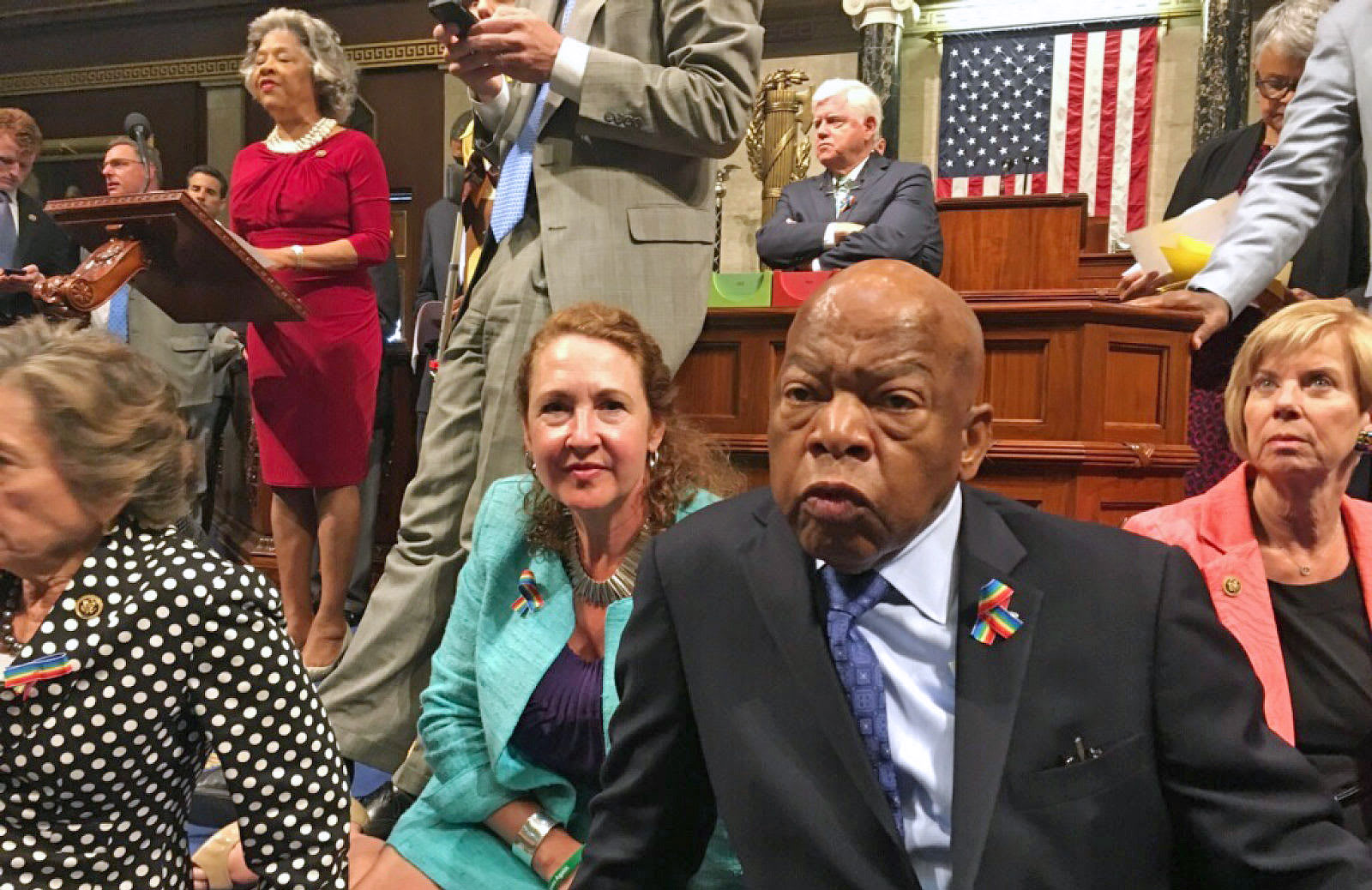 Democrats are currently staging a sit-in at the House of Representatives to demand a vote on gun control legislation, and Republicans aren't happy about it -- they're declaring recesses to shut off cameras (which are controlled by the House) and downplay the protest. The Dems aren't letting that get in the way, though. They've gone into overdrive using Twitter, Periscope and Facebook Live to advertise the sit-in and draw attention to their cause. Even C-SPAN has turned to displaying tweets and live streams in the absence of TV broadcasts from the House floor.

You could argue that this switch to social channels was inevitable. Publicity is key here -- the Dems weren't about to protest in relative silence, even if news outlets were destined to have indirect coverage. However, the sit-in says a lot about the difficulty of trying to control the media in the internet era. There's a real chance that the anti-TV ploy could backfire, putting the spotlight on a move that (right or wrong) might have otherwise gone ignored by many people.

C-SPAN has no control over the U.S. House TV cameras. Now showing a @periscopeco from @RepScottPeters. pic.twitter.com/L3JeHuSdL5

From Newtown to Charleston... how long will it take for Congress to act? #NOMORESILENCE #goodtrouble pic.twitter.com/uH4G5HCQc5

Via: Wired
Source: John Lewis, Scott Peters, CSPAN (Twitter)
Coverage: Eric Smallwell (Facebook)
In this article: C-SPAN, congress, CSPAN, culture, democrats, government, guncontrol, house, HouseOfRepresentatives, internet, livestream, livestreaming, periscope, politics, protest, socialnetwork, socialnetworking, twitter, video
All products recommended by Engadget are selected by our editorial team, independent of our parent company. Some of our stories include affiliate links. If you buy something through one of these links, we may earn an affiliate commission.