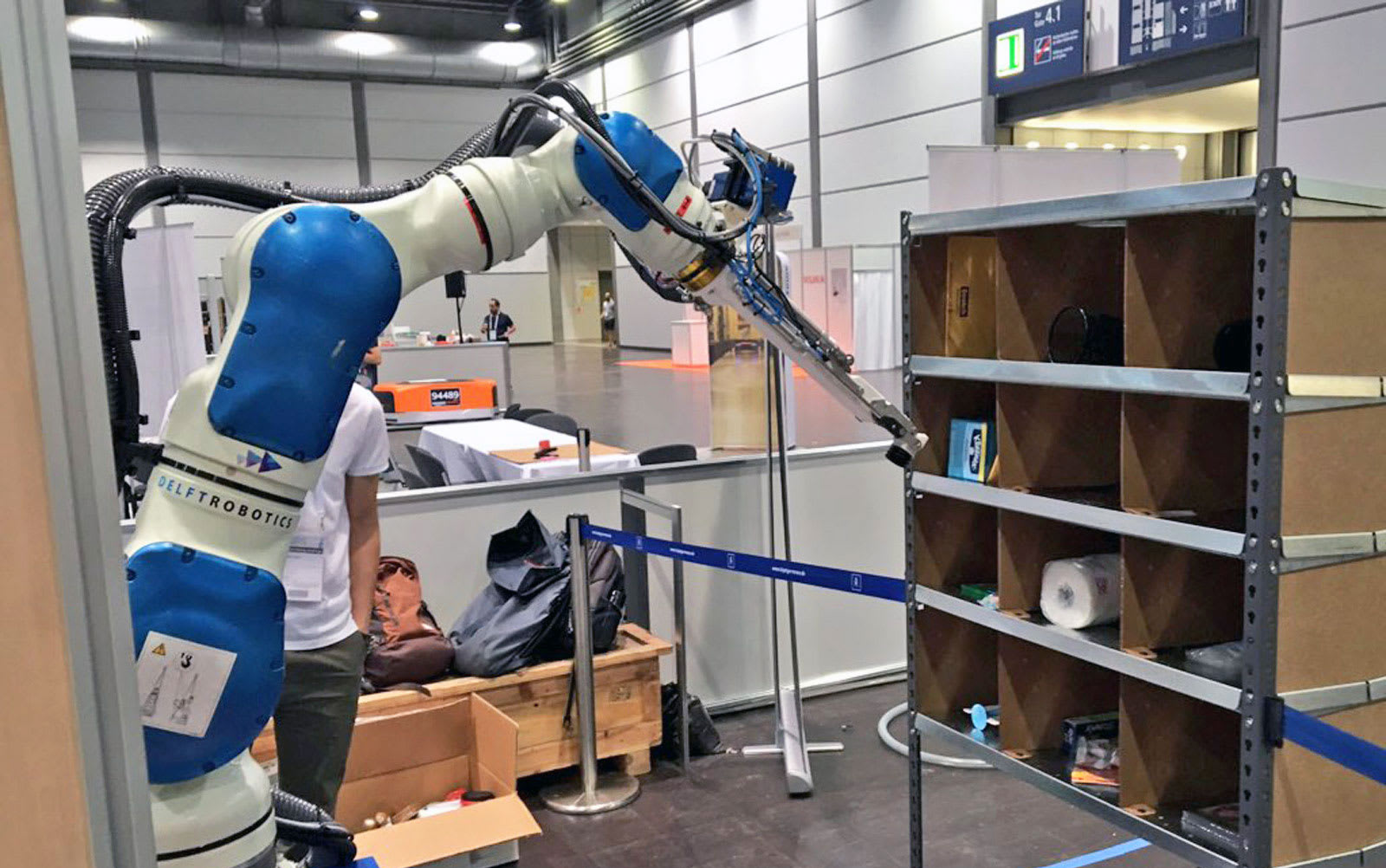 Amazon's robot Picking Challenge is back for a second year, and it's clear that the competition has learned a lot in that time... in more ways than one. The Netherlands' TU Delft won both parts of the challenge (stowing and picking warehouse items) with a robot that relied on the combination of deep learning artificial intelligence and depth-sensing cameras to get the job done. The machine studied 3D scans of the stockroom items to help it decide how to manipulate items with its gripper and suction cup. That adaptive AI made a big difference, to put it mildly. The arm got a near-flawless score in the stowing half of the event, and was over three times faster at picking objects than last year's champion (100 per hour versus 30).

Even the also-rans fared better, TechRepublic notes. Despite tougher demands, only four competitors failed to score (versus half in the 2015 challenge). Nearly half of the entries managed over 40 points, which would have been good enough to get third place a year ago.

TU Delft and other entrants aren't about to replace people any time soon. Human workers typically pick 400 items per hour, and they won't suffer the 16.7 percent failure rate of the Picking Challenge leader. As it stands, Amazon is quick to stress that it doesn't want robots to replace humans (at least, for now). They'd be supplements to the flesh-and-blood workforce, helping them fulfill orders more effectively. With that said, the rate of progress is brisk enough that you might just see robots like these in real Amazon warehouses within a few years.