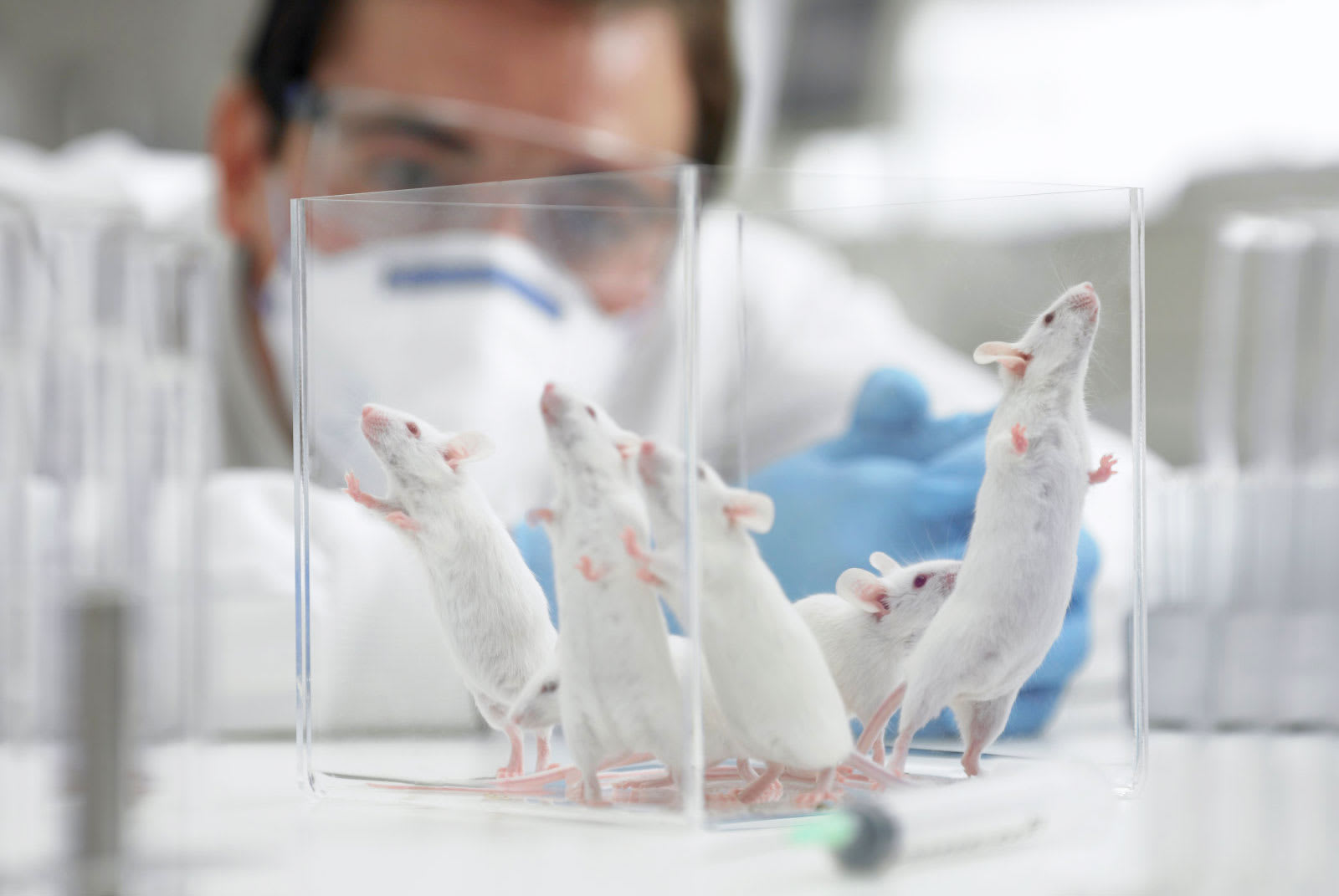 While studies have shown that dogs are capable of detecting diseases by smell, new research aims to create genetically modified mice capable of seeking out specific scents and chemicals. By injecting human olfactory genes into mouse DNA, researchers at Hunter College in New York successfully bred mice with an "upgraded" sense of smell.

The goal of the research, described in a new paper for the journal Cell Reports by neurobiologists Paul Feinstein and Charlotte D'Hulst, is eventually to map out how the human olfactory system works. Humans have about 350 genes dedicated to odorant receptors, and each receptor binds to specific chemicals in the air, identifying that chemical as a scent in the brain. With more than 1,200 odorant receptor genes, Mice naturally have a much more finely tuned sense of smell.

In their research, Feinstein and D'Hulst created genetically modified mice that were 100 times as sensitive to a peppermint-like chemical called OR1A1 than their ordinary cousins. They hope to eventually use the same technique to create a "tuned" mouse for each of the human odorant receptors to study which chemicals trigger which receptors. One practical application of this research in the short term would be to create mice sensitive to chemicals that signify low blood sugar, types of cancer or even chemicals used in explosive devices, similar to the way dogs and rats have been trained in the past. In the longterm, however, a guide to the human olfactory system could be used to engineer a "nose-on-a-chip" that could be used to fine-tune artificial fragrances or dangerous chemicals.

Via: Science Magazine
Source: Cell Reports
In this article: GeneticallyModifiedMice, GeneticEngineering, medicine, olfactory, science
All products recommended by Engadget are selected by our editorial team, independent of our parent company. Some of our stories include affiliate links. If you buy something through one of these links, we may earn an affiliate commission.