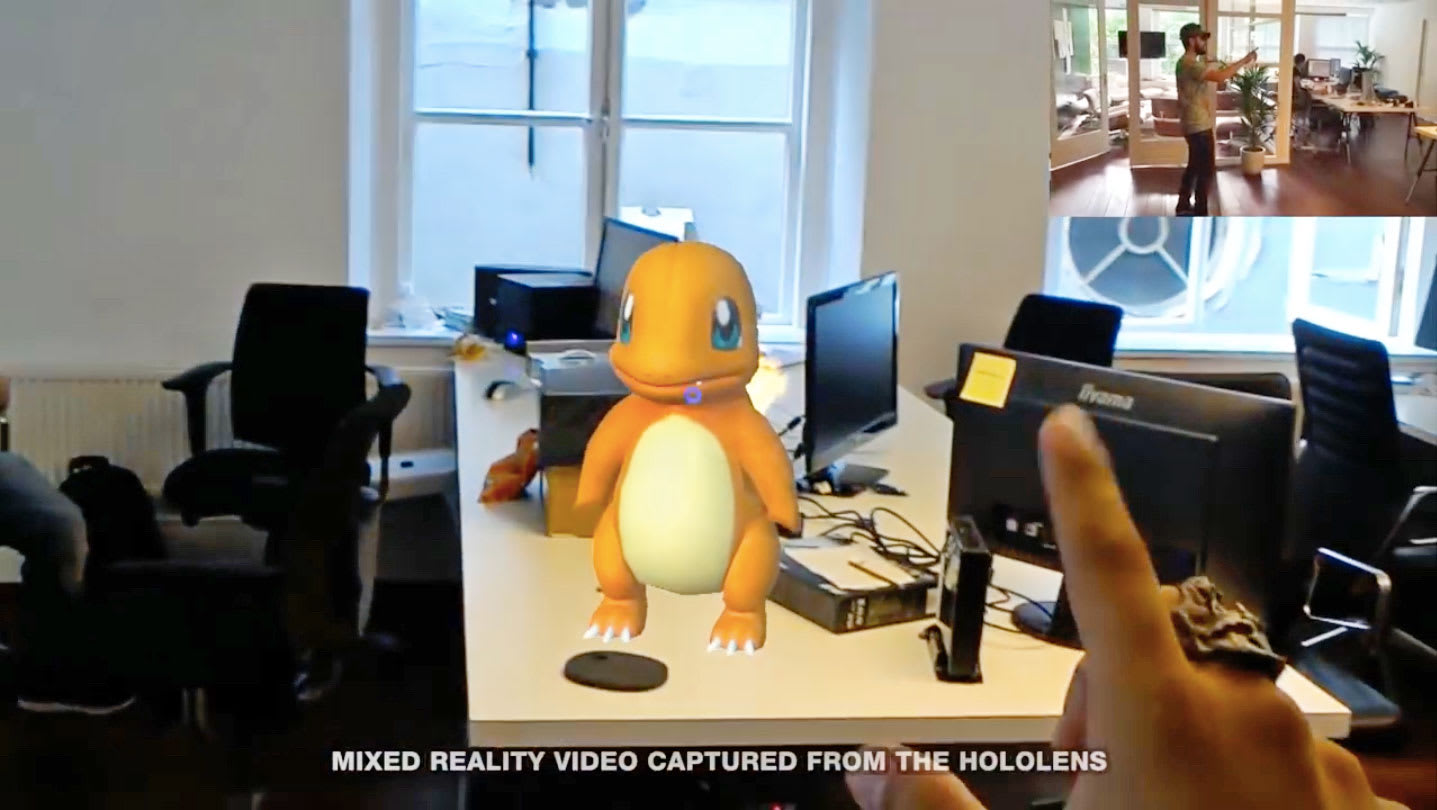 With Pokémon Go fever gripping the nation, it was only a matter of time before someone took the game's augmented reality features and evolved them, as it were, with VR and mixed reality. And CapitolaVR has done just that, creating a Pokémon Go-esque demo with a Microsoft HoloLens.

The HoloLens Pokémon game is just a concept at this point, but it does make for a fun YouTube video showing us what future versions of the game could look like when users stop staring at their phones and start wearing high-tech goggles as they chase down Pikachu and Charmander. Behold, the gesture-based, Poké ball-throwing future:

As Polygon points out, development of Pokémon Go HoloLens edition won't go much further than this demo, since recreating the interface has apparently proved challenging. Also, a spokesman from CapitolaVR told UploadVR that the company doesn't currently have any plants to work with Niantic Labs on a HoloLens version at this point.

Via: Polygon
UploadVR
In this article: augmentedreality, entertainment, gadgetry, gadgets, hololens, mixedreality, NianticLabs, pokemon, pokemongo, virtualreality
All products recommended by Engadget are selected by our editorial team, independent of our parent company. Some of our stories include affiliate links. If you buy something through one of these links, we may earn an affiliate commission.