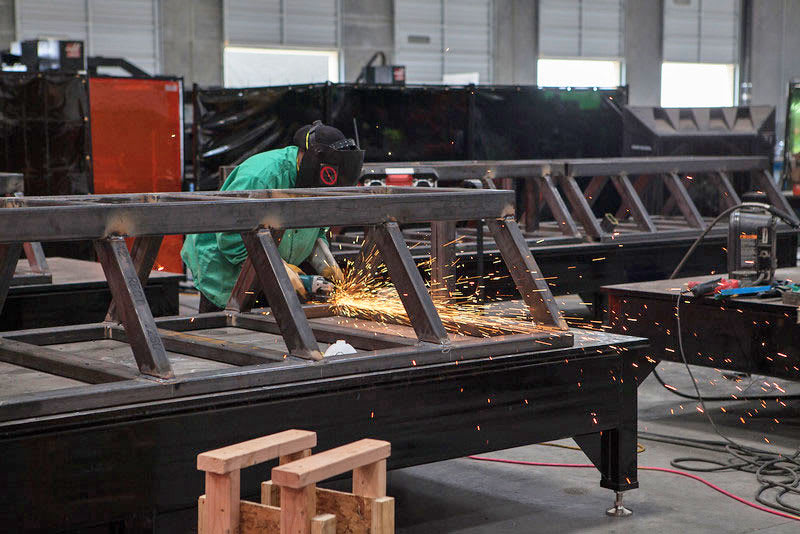 Hyperloop One has announced that it's opening its first manufacturing plant to build the future of high-speed transportation. Metalworks is a 105,000 square foot facility in the city of North Las Vegas where components for DevLoop, the first testbed for the platform, will be constructed. As well as housing the company's new propulsion lab, the location will also be used to solve some of the more practical engineering challenges the technology faces. Employees will work to design and build supporting columns, cradles and the joints that keep everything held tightly together.

The announcement will also help to bolster the credentials of North Las Vegas, which is becoming a big tech hub for promising new transportation firms. As well as Hyperloop One, officials have snagged investment from Faraday Future to build its new electric supercar factory in the region. In fact, Nevada is becoming a key battleground for transport businesses, since Tesla's Gigafactory is being established seven hours up the road outside Reno.

Of course, Hyperloop One is putting a brave face on while it suffers from a little bit of internal strife. Co-founder Kevin "Brogan BamBrogan" Brogan has sued the firm, citing harassment and a potential death threat from the brother of co-founder Shervin Pishevar. The company has filed a counter-suit, saying that Brogan was responsible for causing internal strife and launching a "coup," to grab control of the company. Although, as co-founder, you'd think he already had control of the company, wouldn't you?

Source: Hyperloop One
In this article: culture, gear, Hyperloop, HyperloopOne, NorthLasVegas, TL17HYPLP, transportation, video
All products recommended by Engadget are selected by our editorial team, independent of our parent company. Some of our stories include affiliate links. If you buy something through one of these links, we may earn an affiliate commission.