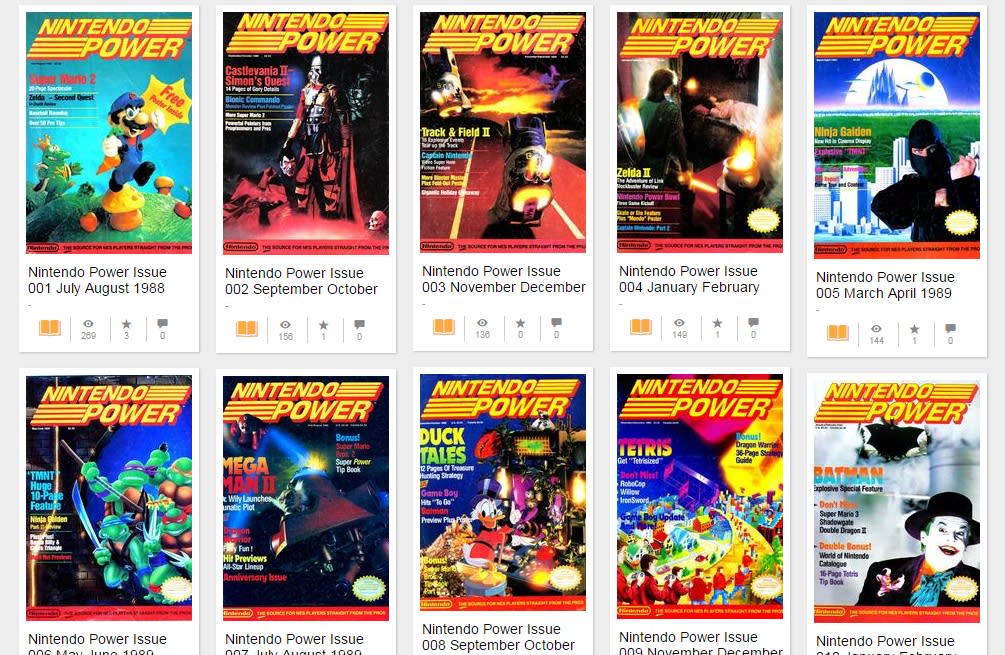 Before the yawning information-spouting chasm of the Internet, there were two ways you could get information on video games: your dubiously-trustful buddies and trade magazines. Despite being a company rag that only covered things coming out on its own consoles, Nintendo Power was one of the best of these publications for its wonderful artwork and community culture. But don't take my word for it: Now you can parse through the first 13 years of the magazine at Archive.org.

The collection spans from the first issue, published in July of 1988 with its now-iconic claymation Mario cover, to number 145 in June 2001. For some of you, these doubtless offer a trip down memory lane to a time when cartridges ruled and console affiliation split friendships. But don't assume the nostalgia train won't stop for those who never cracked open an issue. The dated advertisements alone are worth the price of admission for wacky fashions and the outrageous exuberance they hoped would appeal to kids zonked on high-sugar cereal.

Times change, and we don't need video game magazines like we used to. Now you can post on social media or find any title's subreddit community to talk shop with other enthusiasts. But these publications offered a light in the wilderness for certain kinds of nerds to share experiences on the letters page, writing in to editors and seeing their heroes respond publicly. So load up a few old issues and see how things like the first 3D console games had blown people's minds. You'll get a new appreciation for the miracles we play today.

Update: The Nintendo Power collection is no more. As Polygon reports, the nostalgia-filled library on archive.org has suddenly vanished -- no doubt because Nintendo has been notified to its existence. What a shame.

Coverage: The Next Web
In this article: archive, archive.org, gaming, internet, Nintendo, NintendoPower
All products recommended by Engadget are selected by our editorial team, independent of our parent company. Some of our stories include affiliate links. If you buy something through one of these links, we may earn an affiliate commission.