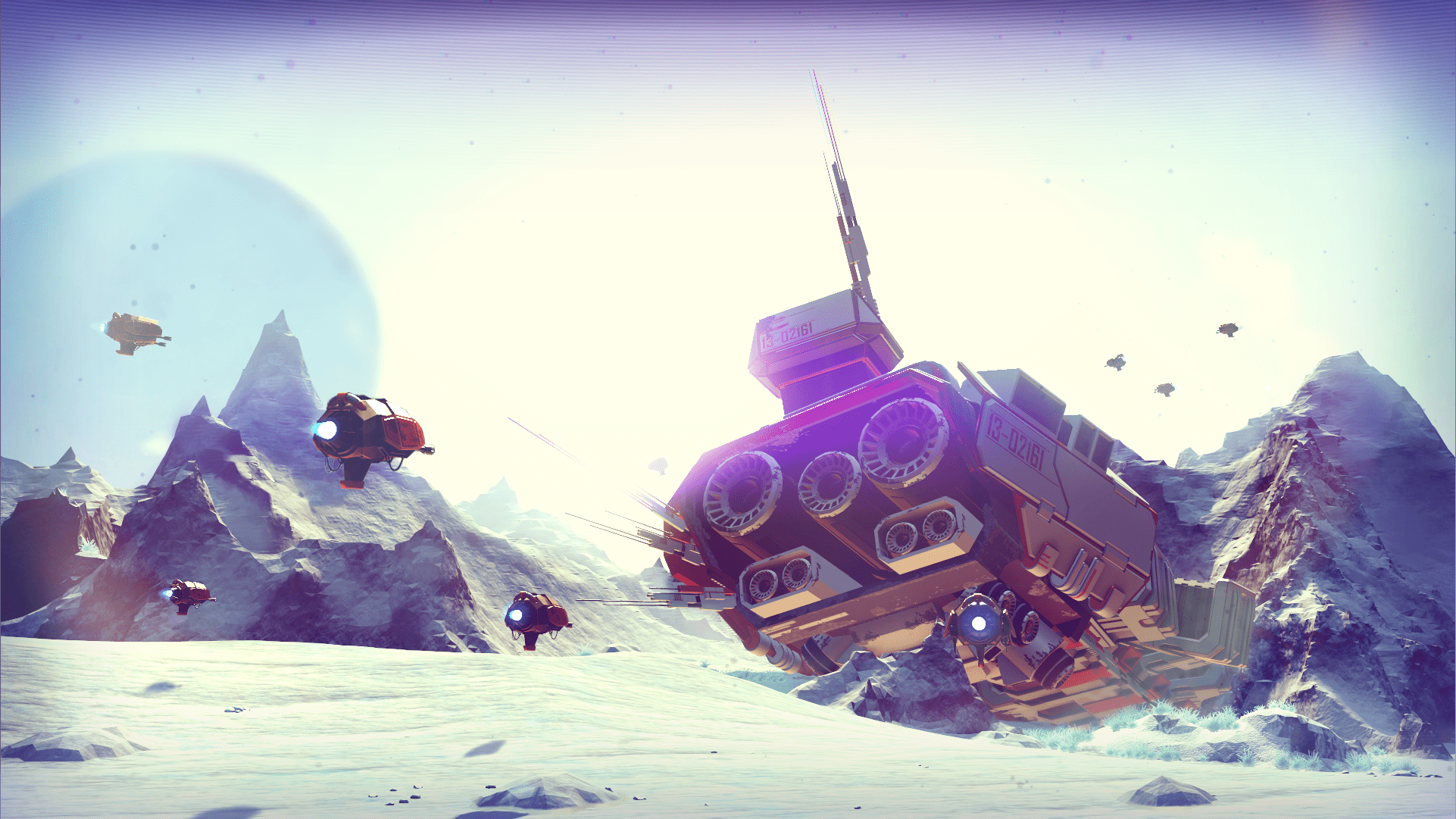 No Man's Sky was released for PlayStation 4 last week, but not without its fair share of problems. Developer Hello Games is aware of the game's many bugs and glitches, and is working on a patch that will solve "the most critical issues" in the "near future."

It's not clear what problems the studio is fixing, specifically. But the team does know the pre-order ship, the Domanish S84, leaves some players stranded since it comes pre-installed with a hyperdrive. It negates the need to find a blueprint early on in the game that teaches you how to build a hyperdrive, which is a requirement for all new ships. You then wind up being stuck on a planet if you switch to a different ship. This is arguably the game's largest issue, and the studio is promising a quick solution.

For now, Hello Games has a few workarounds for minor problems. If you're stuck somewhere and can't move freely, you can use your jetpack to help you maneuver if you push against any surface. You can also summon your lost ship from beacons or landing pads found in most buildings.

"The number of people players, and length of average play session, has been far more than our small team could have anticipated," said studio head Sean Murray in a post on the game's website. "That said, we're working quickly to adapt."

Hello Games has brought in an outside quality assurance group that's actually bigger than the dev team to help spot bugs, and it'll complement the existing Sony QA team. Hopefully, the studio is able to continue improving No Man's Sky which is, for the most part, an engaging and gorgeous experience.

Update: Having problems with the PC version? You're not alone, and Hello Games already has a list of issues it's working on right here. A patch has already been released to add VC++ Redist 2010, and an experimental branch with hot fixes for common issues will be available soon.

Whilst many people are enjoying No Man's Sky PC, we are tracking several issues, and working hard to resolve them:https://t.co/LfLWv6qwEC

Source: NoMan'sSky.com
Coverage: Steam
In this article: av, bugs, gaming, Glitches, HelloGames, hotfix, hyperdrive, JetPack, nomanssky, patch, PC, Playstation4, PS4, qa, ship, sony, space, steam
All products recommended by Engadget are selected by our editorial team, independent of our parent company. Some of our stories include affiliate links. If you buy something through one of these links, we may earn an affiliate commission.