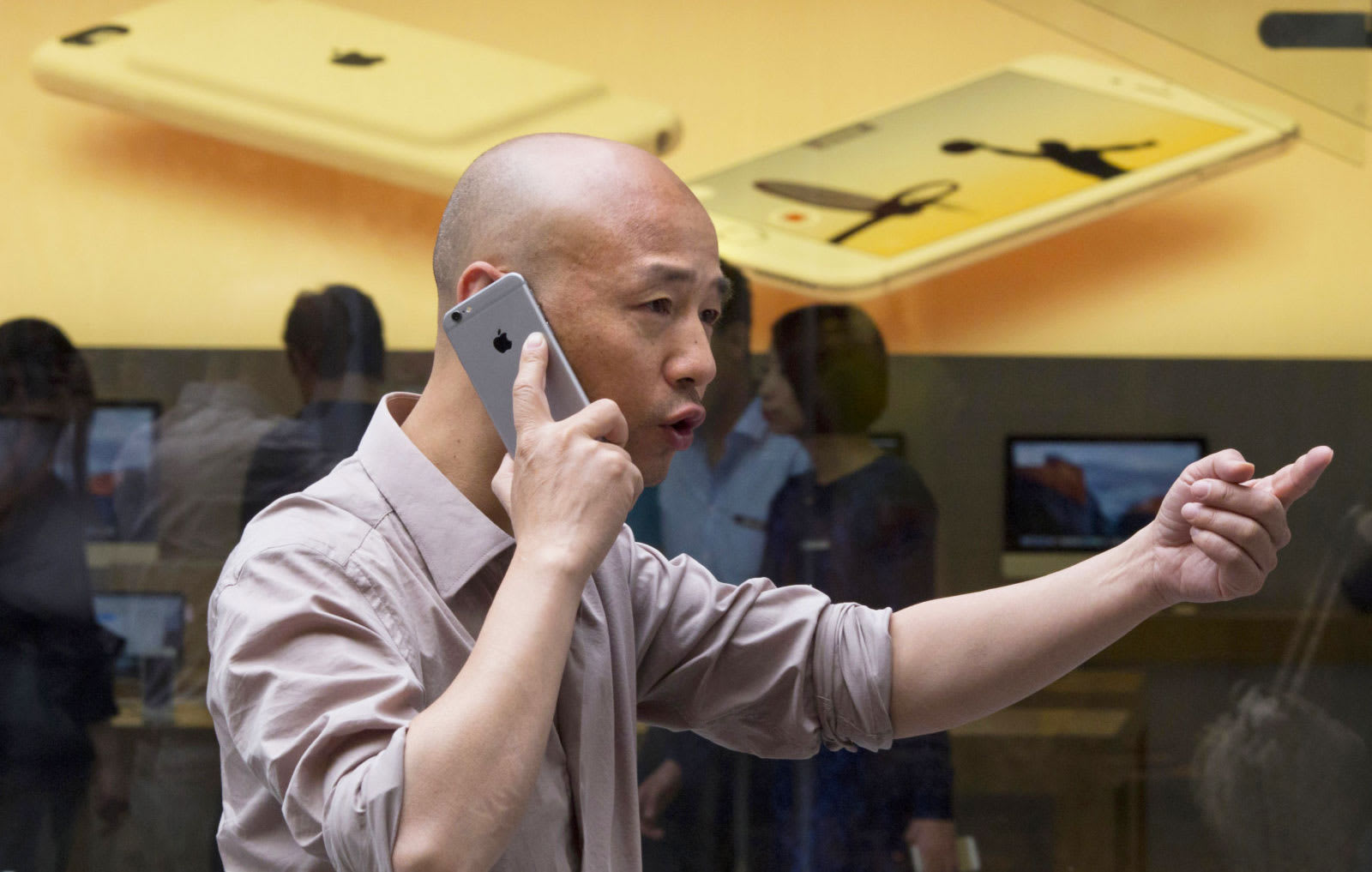 There's no question that China isn't as much of a money maker for Apple as it once was. However, it's not about to quit the country -- if anything, it's settling in for the long haul. The company has unveiled plans to build a Chinese research and development center by the end of the year. Just what it'll work on isn't evident at this stage, although it's part of an overall increased investment in Apple's second-largest market.

It has a few good reasons to set deeper roots in China. Much as with the massive investment in Didi Chuxing, it's at least partly about assuaging regulators who've been banning services and are otherwise jittery about an American company on their turf. Apple is trying to show that it can create jobs and otherwise contribute to the Chinese job market beyond stores and factory contracts. This also helps Apple recruit Chinese talent that would be difficult or impossible to bring overseas.

The moves might be necessary in a nation whose smartphone market is particularly volatile. Apple isn't the only one hurting -- IDC estimates that Xiaomi, a darling of the Chinese market just a year ago (it's sometimes billed as China's Apple), saw its shipments plunge a whopping 38.4 percent year-over-year during the second quarter. The exact reasons for its trouble are mixed, although it's a latecomer to advertising (it historically relied on online sales) while rivals have stepped up their game.

Both Apple and Xiaomi might also simply be facing a changing of the guard. While Huawei is still the top phone brand in China, it's technically eclipsed by BBK's rapidly growing smartphone empire. It owns Oppo and Vivo, whose shipments surged (in Oppo's case, by 124 percent) to make them the second- and third-largest phone brands in China this spring. Combine that with the smaller but plucky OnePlus badge and BBK largely has the country covered, ranging from budget phones for the mass market to attention-getting flagship devices. Anyone trying to take on BBK faces a multi-pronged assault, making it that much harder to topple.

Source: Reuters, IDC
In this article: apple, bbk, business, china, culture, gear, huawei, idc, iphone, marketshare, mobile, oppo, ResearchAndDevelopment, smartphone, vivo, xiaomi
All products recommended by Engadget are selected by our editorial team, independent of our parent company. Some of our stories include affiliate links. If you buy something through one of these links, we may earn an affiliate commission.