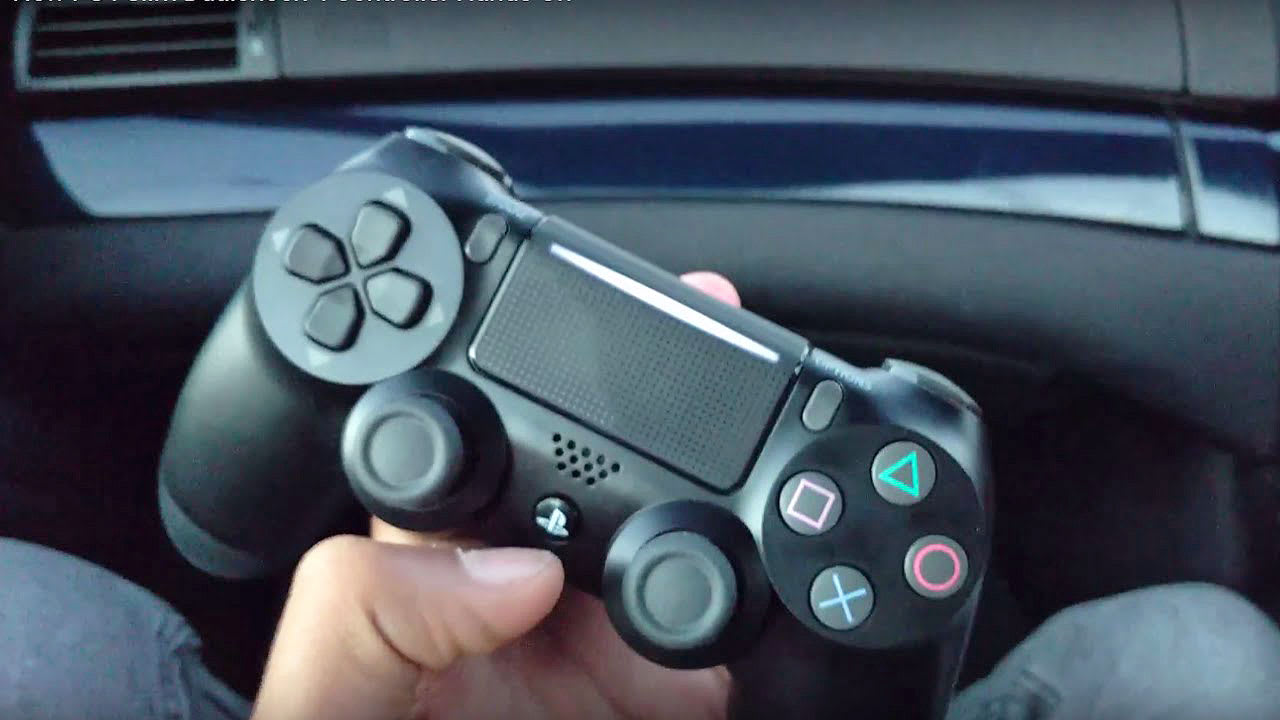 Earlier today Eurogamer took pictures and video of what appears to be a redesigned slim PlayStation 4, and now YouTube channel ZRZ is showing off what it says is the console's new controller. The only immediately noticeable tweak is up top, where there's either a second light bar or the DualShock 4's touchpad is allowing the light to shine through. That could be useful for syncing up with the PlayStation VR headset or just taking advantage of games that use the light indicator to give the player feedback. Lat year when we asked Sony exec Shuhei Yoshida about his favorite use for the feature, he called out Bloodborne's blood-red indicator.

Supporting the video's legitimacy is that the same person who bought the redesigned PS4 that we've seen pictures and video of has confirmed it According to @shortman82, it seems to be a see through section on the touchpad, which should also mean it won't impact the DS4's battery life (which is notoriously short, and the reason Sony added the ability to dim the lightbar in 2014 via a software update). Of course, until something's announced we won't know for sure what is or is not on the way, but take a look for yourself.

Update: ZRZ followed up with a full unboxing video of the PS4 slim along with its controller that showed the console running, but now has pulled all of the material. According to the channel's operators this is due to copyright claims from Sony. Based on that, and everything we saw in the video it definitely appears to be legit (the new PS4 box shows the controller's lightbar shining through the touchpad too), so now we're just waiting for an announcement by Sony.

UPDATE: PS4 Slim Controller videos and unboxing been removed / delayed due to copyrights from Sony. Vids will release when they're allowed!

Via: Destructoid
Source: ZRZ (YouTube)
In this article: controller, Dualshock4, gadgetry, gadgets, gaming, lightbar, Playstation4, PS4, PS4slim, sony, TL16PS4ING, video, ZRZ
All products recommended by Engadget are selected by our editorial team, independent of our parent company. Some of our stories include affiliate links. If you buy something through one of these links, we may earn an affiliate commission.