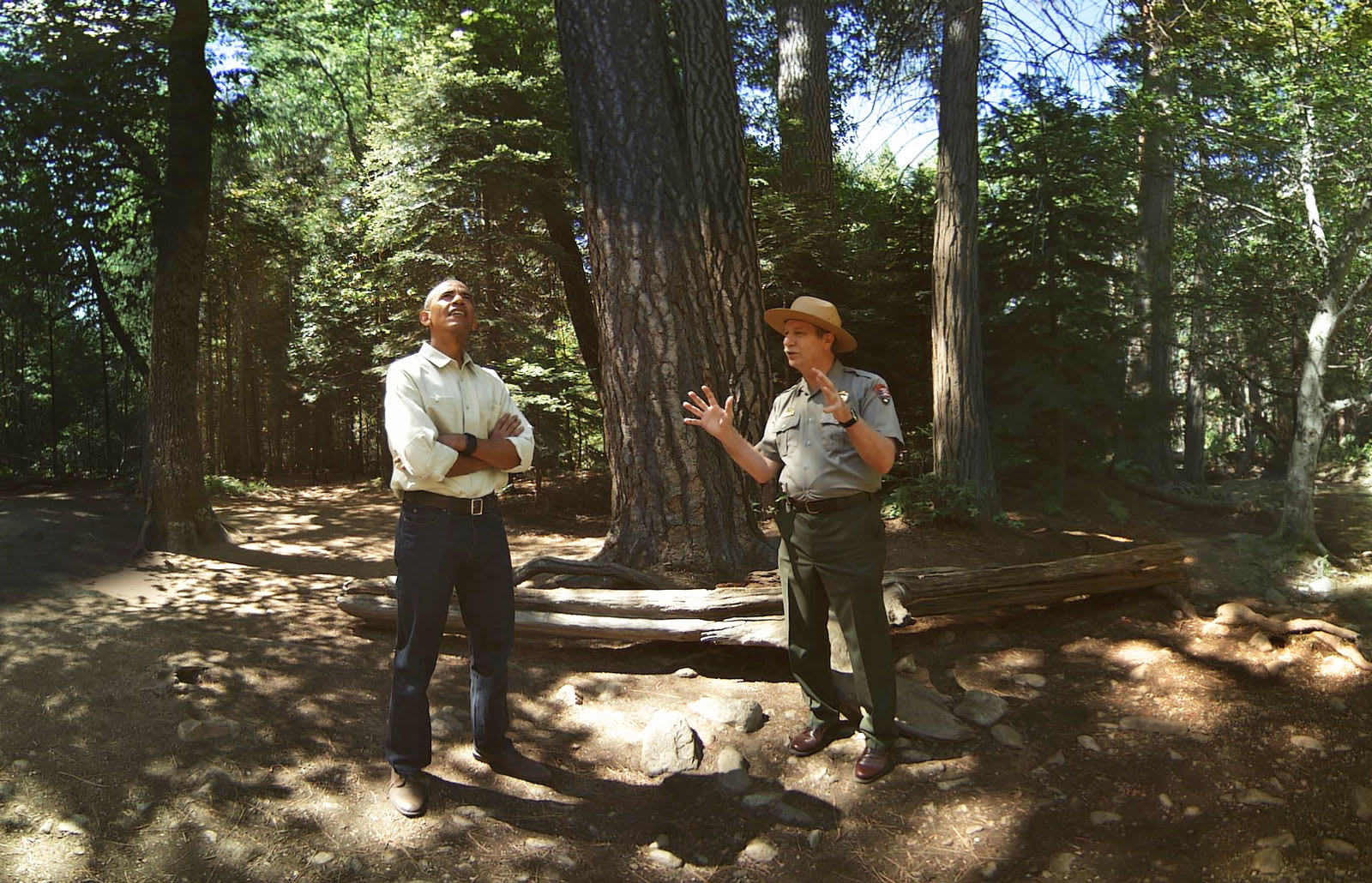 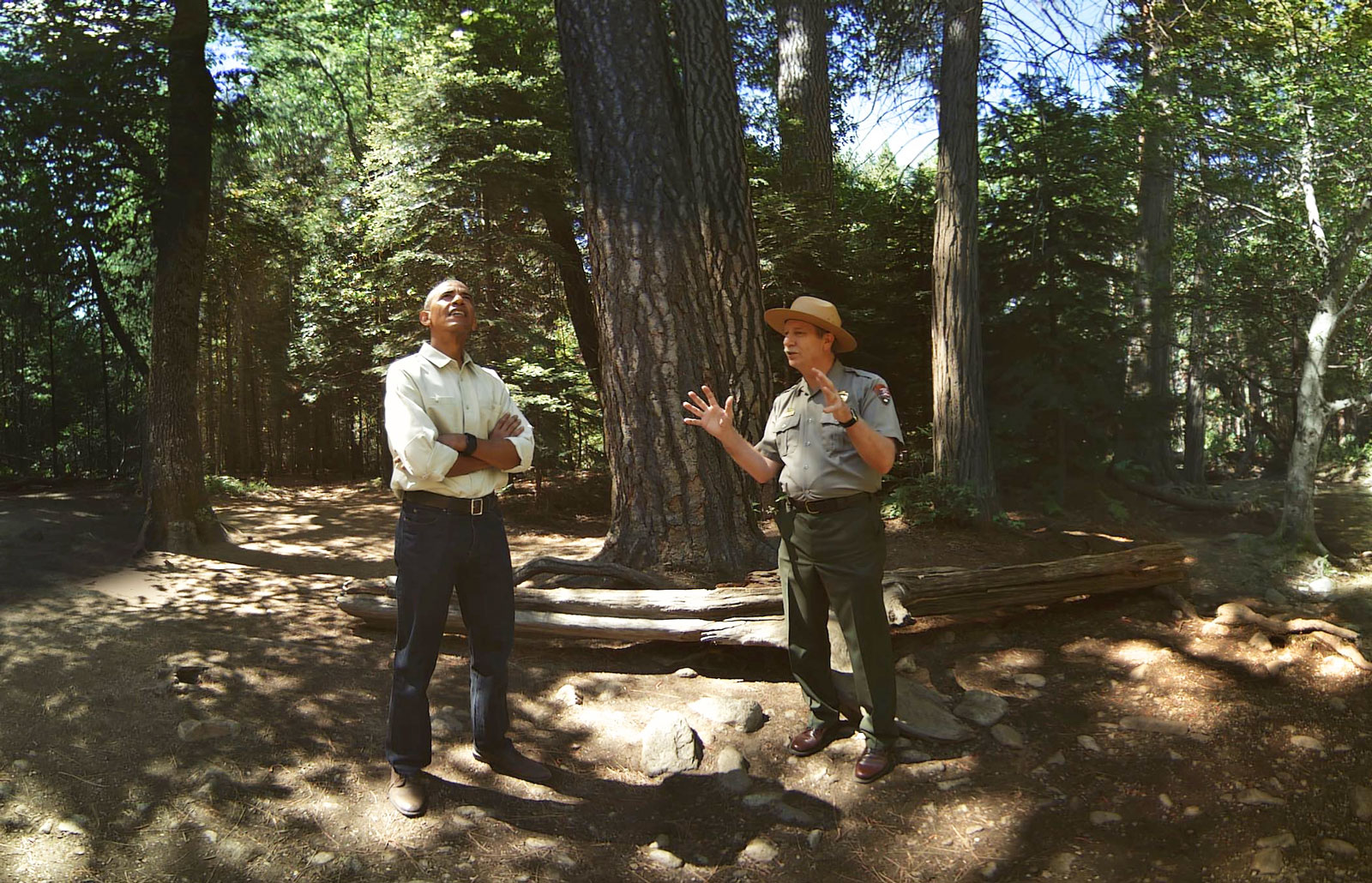 The first virtual reality film to feature President Obama is, not surprisingly, a love letter to some of America's greatest treasures: its National Parks. Together with Oculus, National Geographic and the VR studio Felix & Paul, the President filmed Through the Ages, a VR experience meant to celebrate the centennial of the National Park Service.

The film shows off some grand sights from Yosemite, including the El Capitan mountain range and Mariposa Grove's sequoia trees. And we also get a chance to see President Obama exploring the sights with his family. Most importantly, it issues a strong environmental message focused on preserving the parks for future generations.

Through the Ages is available today free on the Oculus Store for Gear VR (and soon on the Oculus Rift), as well as a 360-degree video on Facebook. As you'd expect, the film takes full advantage of VR's immersiveness -- or at least, as much as it can being a mere video recording, rather than a fully rendered environment. It was shot stereoscopically, so there's a greater sense of depth to the images compared to most other 360-degree videos, making you feel as if you're actually standing atop mountains or right below the tallest trees in the world. It's also one of the sharpest virtual videos I've ever seen, with none of the mudiness we saw in the Olympics' VR videos.

Felix Lajeunesse and Paul Raphael, the founders of the VR studio producing the film, wouldn't give up any specifics on how they shot the film, but they revealed their rig is a "custom designed body with multiple sensors" and a variety of lenses. At this point, their equipment can deliver the equivalent of "3.5K" video resolution to each eye, but of course the actual video quality is limited to the VR equipment you're using (most recent Samsung phones use displays with 2,560 by 1,440 resolutions, while the Oculus Rift delivers 2,160 by 1,200 across both of its lenses). Still, Felix & Paul will be able to offer higher quality versions of the film as newer VR tech hits the market. 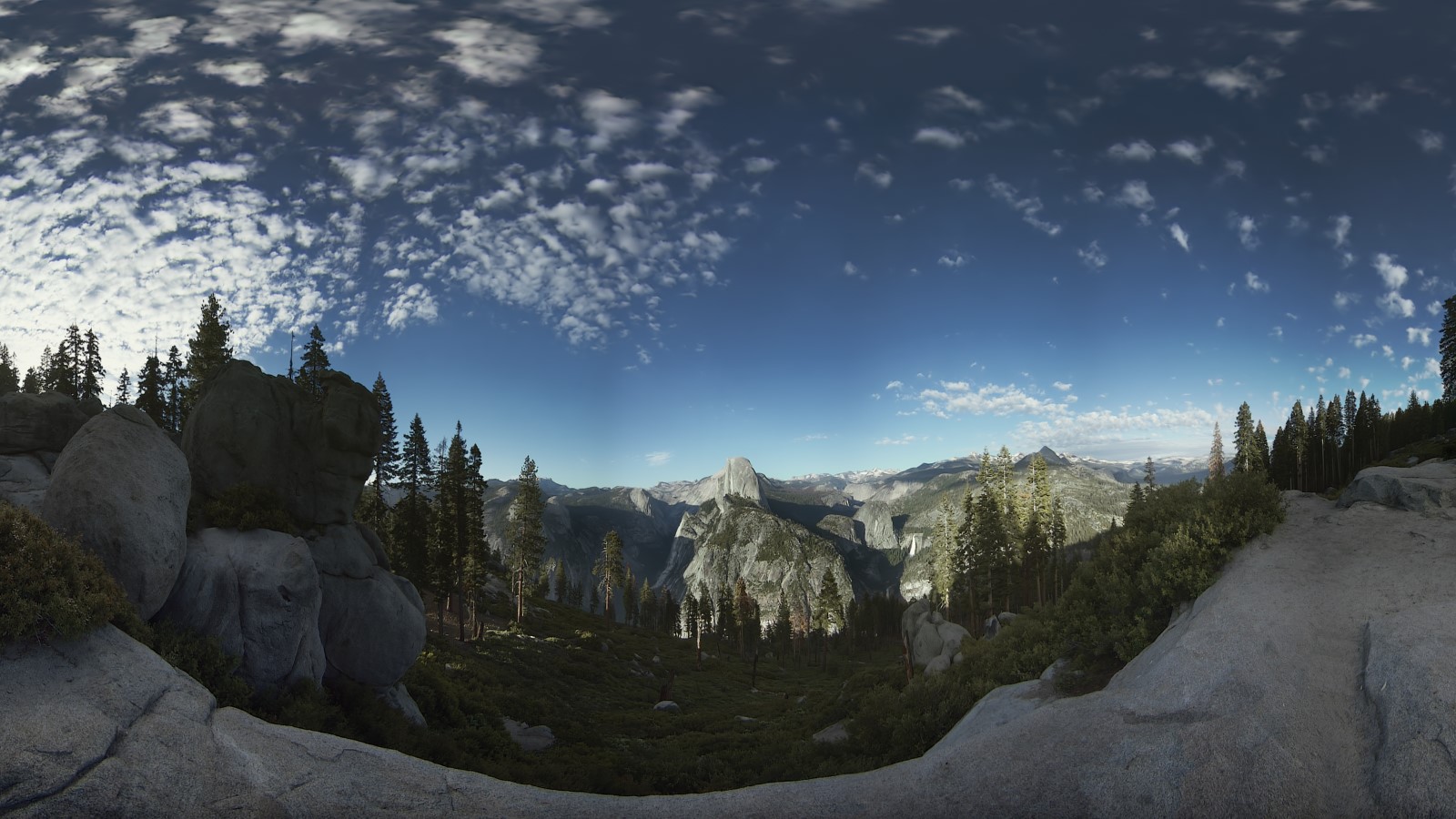 Ultimately, the film gives people who might not get a chance to visit Yosemite a way to experience brief moments of its grandeur. President Obama mentions at one point that visiting the park as a child was a life-changing experience, and his hope to preserve it feels genuine. Sure, a VR film won't replace actually trekking to Yosemite in person, but it's the best option you'll have until making that trip.

In this article: av, culture, entertainment, facebook, FelixandPaul, green, NationalParks, nps100, Obama, Oculus, PresidentObama, ThroughtheAges, VR
All products recommended by Engadget are selected by our editorial team, independent of our parent company. Some of our stories include affiliate links. If you buy something through one of these links, we may earn an affiliate commission.