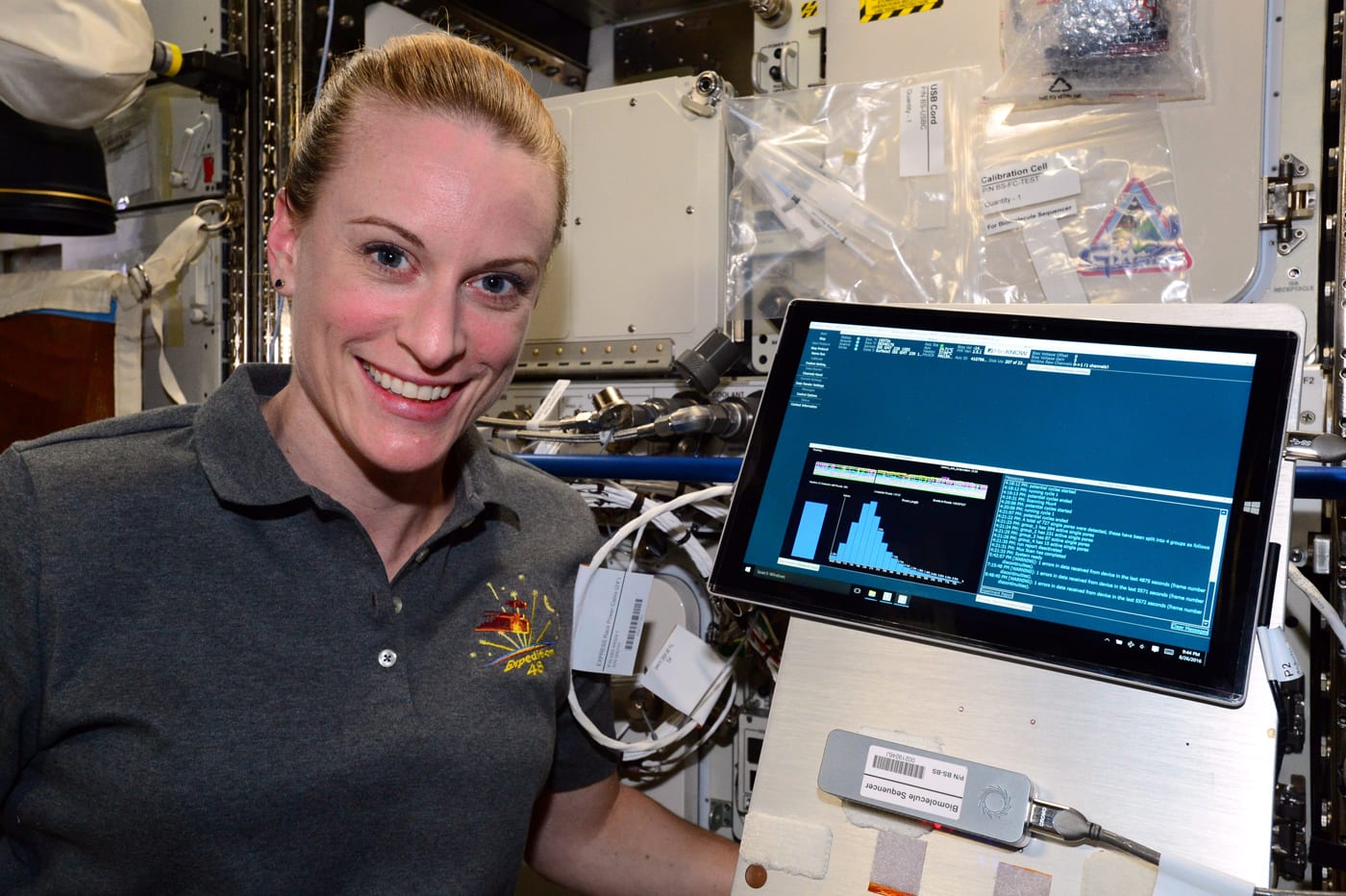 The crew of the ISS just took the first step towards making the orbital laboratory a little safer for its inhabitants. For the first time ever, NASA astronauts have sequenced DNA in microgravity. The experiment was actually a test to see if a MiniION portable DNA sequencer would work in orbit -- so far it does. The samples tested on the ISS produced the same results as a control group back on earth. If further tests pan out, astronauts will be able to use the sequencer to test microbes found on ISS surfaces.

It's a little weird to think of the International Space Station as a potential breeding ground for unwanted organisms, but it is an enclosed environment -- and NASA says it occasional finds fungus that needs to be tested. This usually means waiting until crew returns to earth, but having a sequencer in orbit could allow crew to more quickly determine if fungi or microbes found on ISS surfaces are a health hazard. The sequencer can also be used to make sure the station's water reclamation system is working properly or to analyse experiment results without returning them to NASA itself.

NASA says the sequencer will also be helpful on future Mars missions -- giving astronauts the tools they need to protect their health on the long journey. Before it can be used for any of that, however, it still needs to go through a few more tests. Check out NASA's official announcement for more details.

Source: NASA
In this article: biomoleculesequencer, dna, DnaSequencing, InternationalSpaceStation, medicine, minion, NASA, science, space, video
All products recommended by Engadget are selected by our editorial team, independent of our parent company. Some of our stories include affiliate links. If you buy something through one of these links, we may earn an affiliate commission.