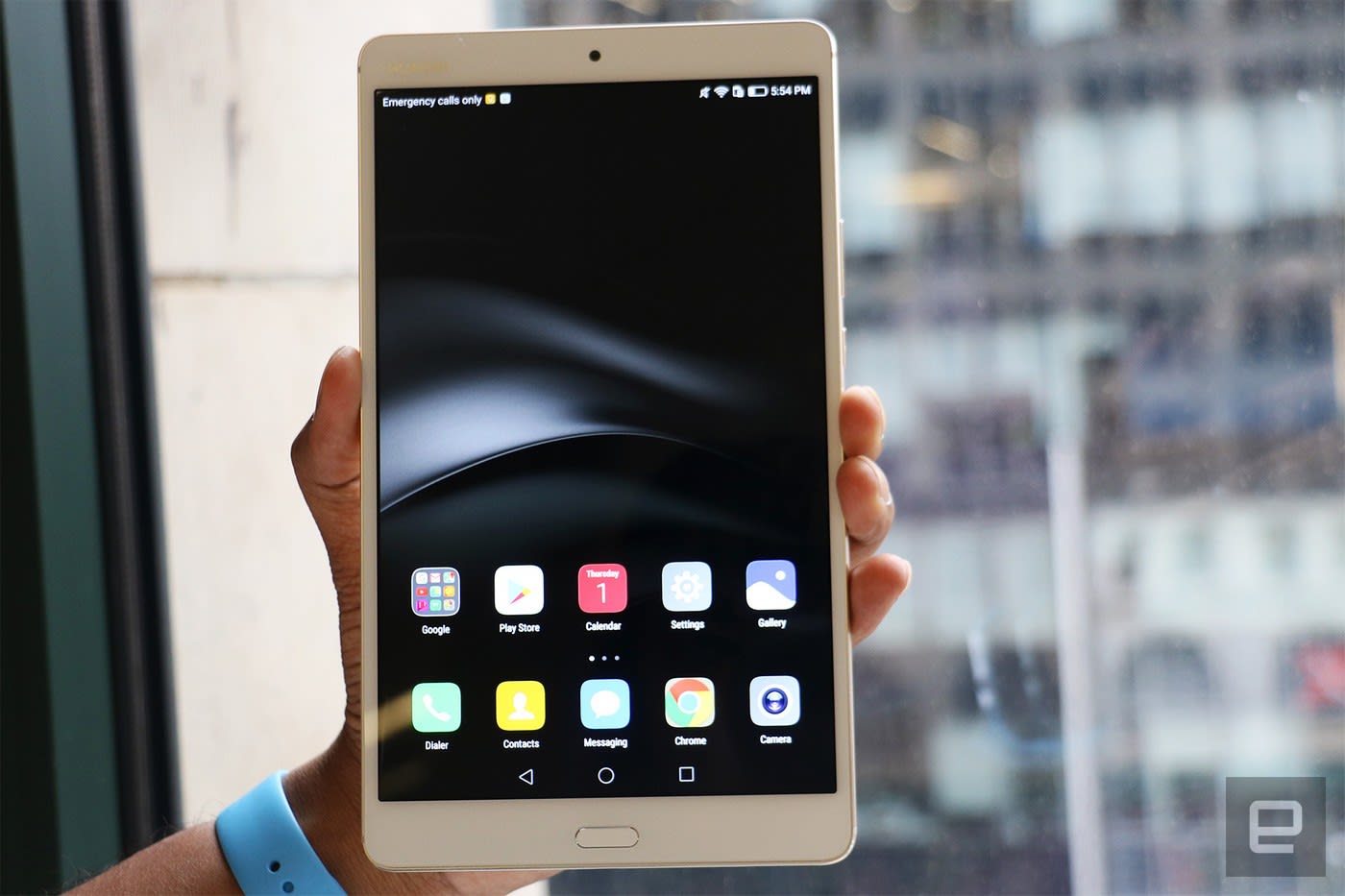 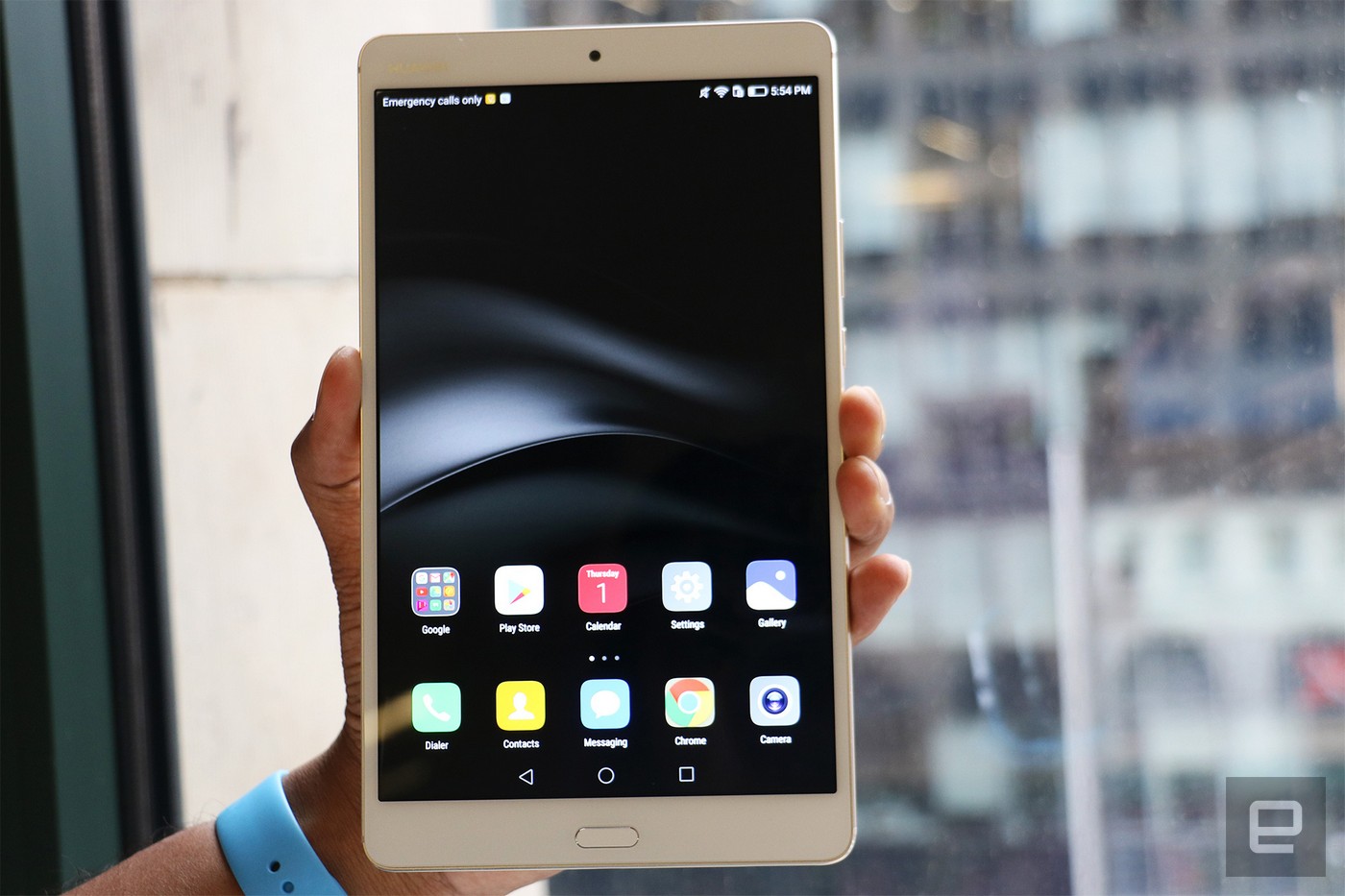 Huawei didn't make the trip to IFA with just a couple of new smartphones in hand, but a new slate too. Following the company's overly ambitious attempt at a Surface-like device in the MateBook, we're back to more standard tablet fare with the MediaPad M3 announced today. As the name suggests, the hardware is particularly geared towards media consumption, boasting an 8.4-inch, 2,560 x 1,600 display, Harman Kardon-certified stereo speakers and high-resolution audio support. The MediaPad M3 is driven by one of Huawei's own Kirin 950 octa-core processors (four 2.3GHz cores plus four 1.8GHz cores), paired with 4GB of RAM and either 32 or 64 gigs of expandable storage (up to 128GB microSD cards supported). A 5,100mAh battery keeps the Netflix binge going, and a pair of 8-megapixel cameras are on hand when you absolutely must take a picture with a tablet.

The OS of choice is Android 6.0 Marshmallow with Huawei's Emotion UI (EMUI) 4.1 on top, and in addition to all the standard connectivity options, there are cellular variants with a nano-SIM card slot and LTE radio for getting data on the move.

Launching first on September 26th in several European countries (including the UK), as well as in parts of Asia and the Middle East, the base 32GB WiFi model will cost €349. The 64GB WiFi and 32GB LTE versions are priced at a slightly more expensive €399, with the €449 64GB LTE model rounding out the options.

In this article: gear, huawei, huaweimediapadm3, IFA2016, mediapadm3, mobile, personal computing, personalcomputing, tablet
All products recommended by Engadget are selected by our editorial team, independent of our parent company. Some of our stories include affiliate links. If you buy something through one of these links, we may earn an affiliate commission.