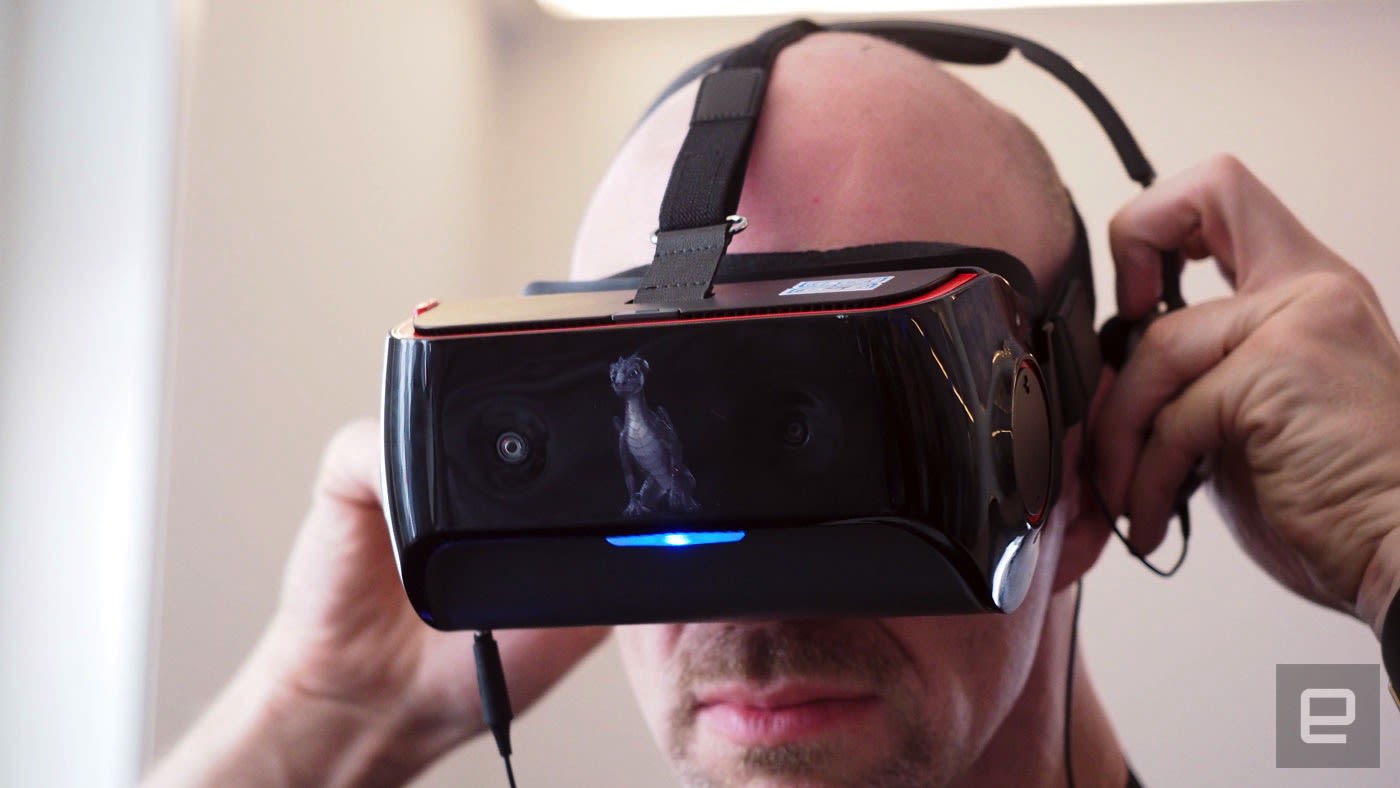 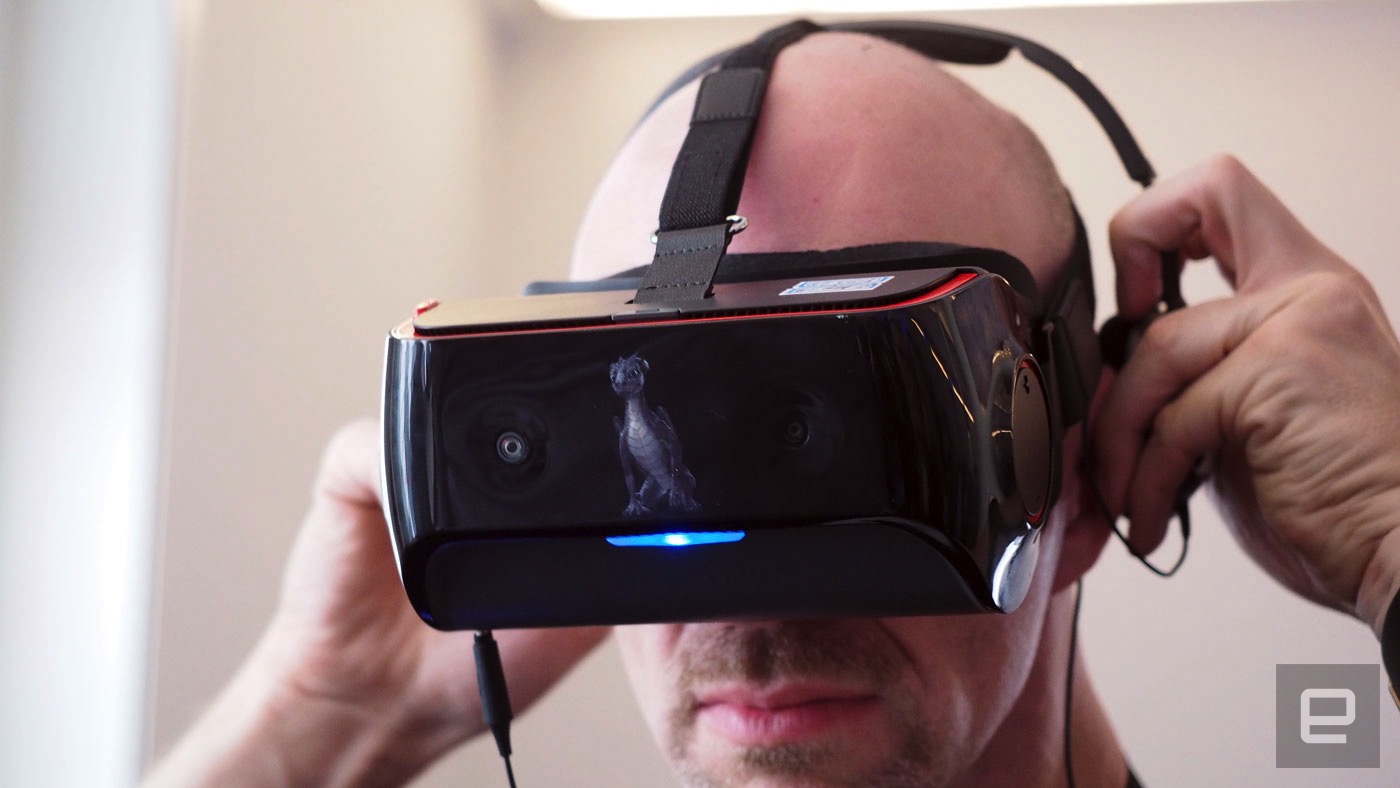 At a quiet, barely-attended press conference on the far side of Berlin, Qualcomm revealed its plan to get the cost of VR headsets to plummet. The company has been working on a series of reference designs that encompass plenty of smart home gadgets, and now it's added a VR headset to its ranks. Much as it did in the smartphone industry, these reference designs can then be used by white label designers to cut costs on developing sophisticated headsets. The end result is likely to be a whole new generation of fully-featured VR devices that'll cost a whole lot less than they do now. The VR820 itself is a headset that looks a lot like Samsung and Oculus' GearVR, albeit with two external cameras poking out the front. Based on the Snapdragon 820, the reference platform comes with eye-tracking, six-axis motion tracking and a pair of AMOLED displays at resolutions up to 1,440 x 1,440. The headset can even do basic augmented reality, as the two forward-facing cameras are placed where your eyes go.

This doesn't sound as if it'll cut the costs of VR in the long term, but it's worth comparing this to Qualcomm's smartphone strategy. The company put out a series of reference designs for low-end smartphones that upwards of 50 manufacturers picked up on. These firms then used the pre-designed systems as the basis for their own gadgets, dramatically cutting down on research and development, as well as design.Subsequently, the market slowly began to be saturated by low-end smartphones that could be churned out for tens, rather than hundreds of dollars. 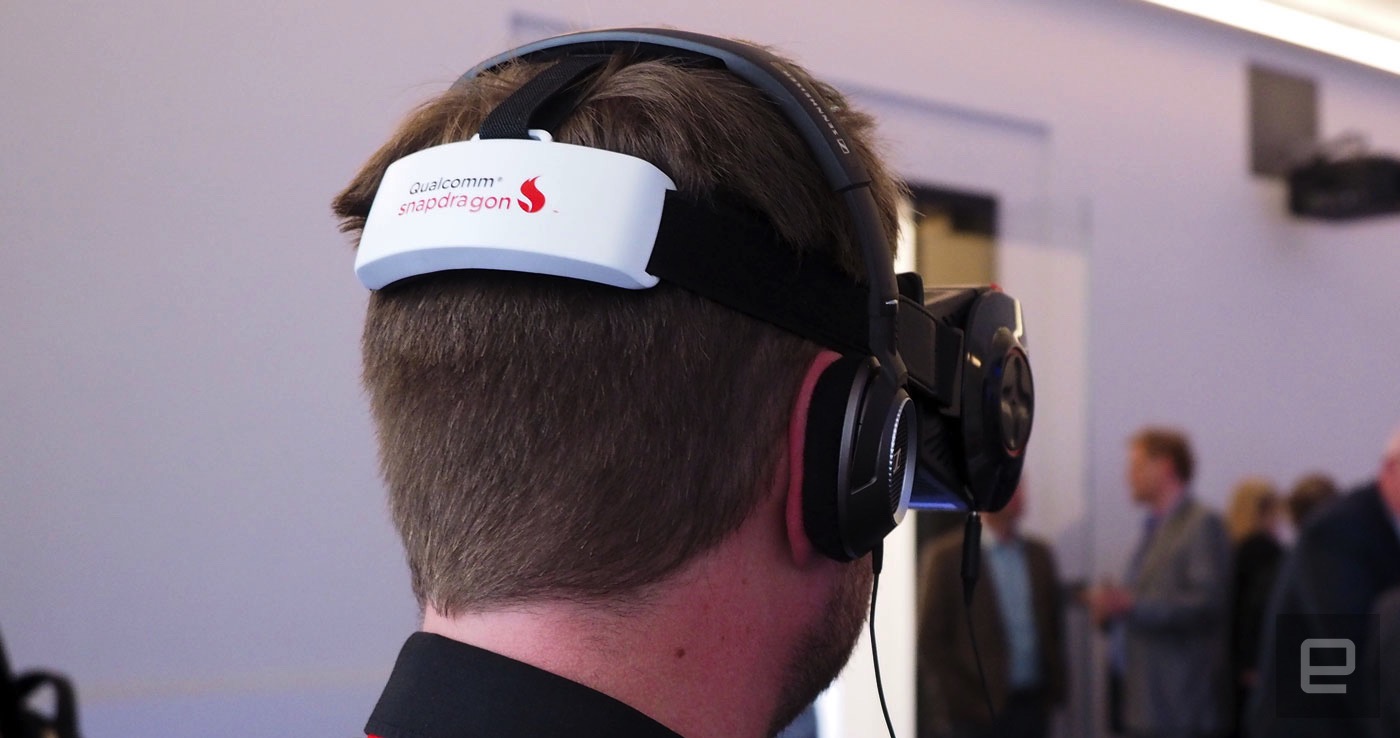 As for the VR820 itself, I tried a very brief demo of the hardware here at Qualcomm's event and the results are impressive. All of the hardware is baked into the headset, meaning that you have the same freedom of movement as with a smartphone-based solution. But, naturally, you also get a more seamless experience. In one of the demos, I was stood in a set of dungeons not too dissimilar to the dragon dungeon from Game of Thrones. One of the winged creatures would stalk around me as I remained planted to the floor, through a combination of terror and a lack of control.

Another was designed to show off the device's six-axis motion tracking, and saw me in an ocean with a cuddly cute octopus. I was able to walk towards the cephalopod, bend down and look up at its underside while its tentacles whirled around me. While there were some technical faults (such as the glitching when you passed through the limbs by accident) it was surprisingly immersive. If there's one thing I will say, it's that this system will need to work on object tracking for danger purposes. I may have bumped into at least one person pretty hard not realizing how close I was to them.

In this article: gaming, gear, hands-on, IFA, IFA2016, Qualcomm, ReferenceDesign, SnapdragonVR820, VR, VR820, wearables
All products recommended by Engadget are selected by our editorial team, independent of our parent company. Some of our stories include affiliate links. If you buy something through one of these links, we may earn an affiliate commission.