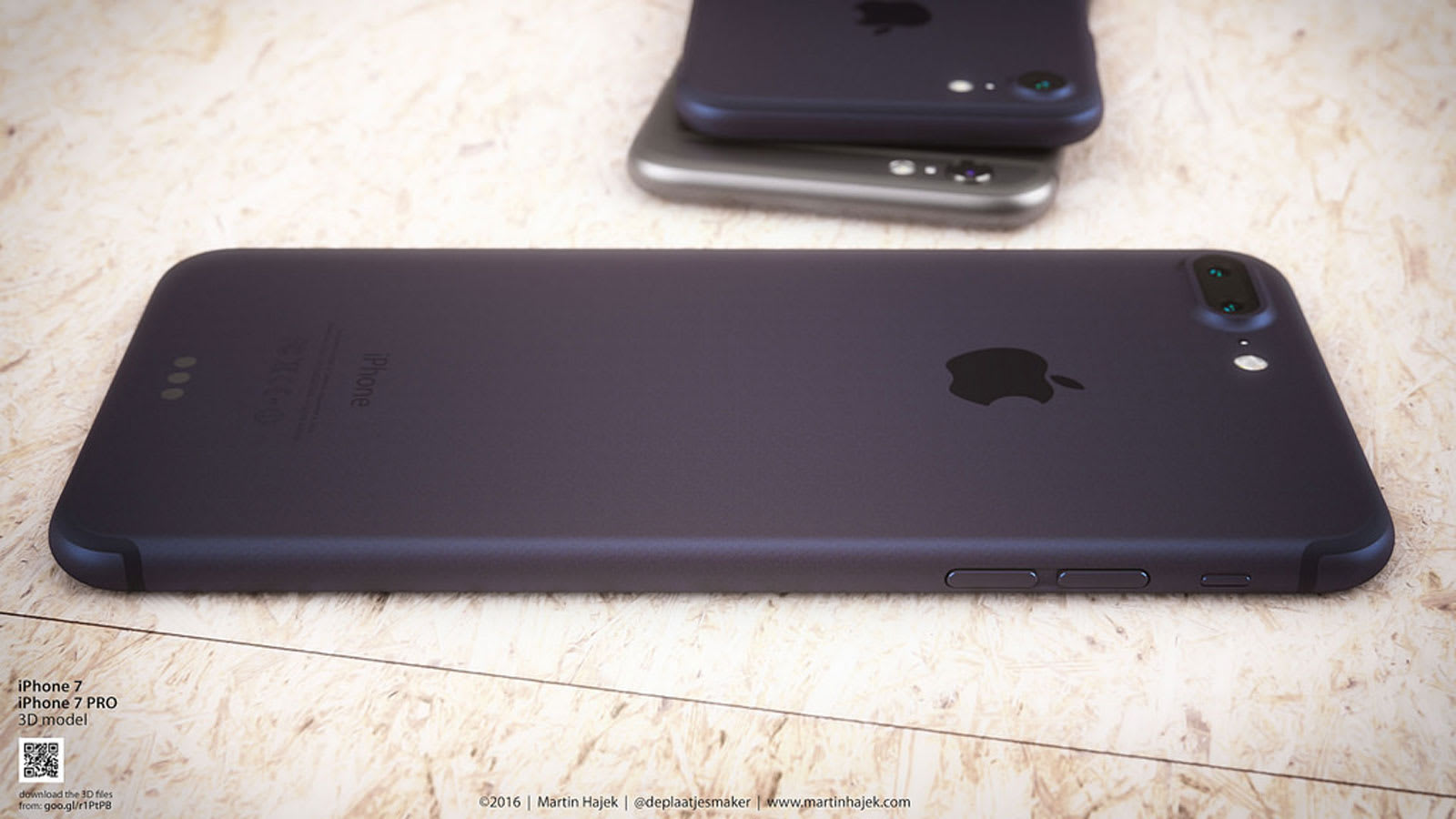 Apple's 2016 iPhone launch event may be just days away, but that isn't stemming the tide of leaks and rumors. KGI Securities analyst Ming-Chi Kuo (who is frequently, though not always, on the mark with Apple launches) has published a last-minute report claiming very detailed knowledge of Apple's handset plans, including a few tidbits that have remained unclear. He now says he understands how the larger 5.5-inch model's (for sake of reference, the iPhone 7 Plus) long-reported dual rear cameras would work. The two 12-megapixel sensors would reportedly be used for both zoom and "light field camera applications" -- typically, that means after-shot refocusing. This would be at least somewhat similar to the dual-camera setup on the Huawei P9, where you can play with focal points and simulate different apertures. Huawei doesn't offer an enhanced zoom, though.

On top of that, Apple would purportedly include higher-quality lenses (with more elements) and extra LED flashes to produce more natural color in low-light photos.

If the report is accurate, you also wouldn't have to worry quite so much about Apple ditching the headphone jack. Much like Motorola, Apple is supposedly bundling a headphone adapter (in this case, Lightning to 3.5mm) in every iPhone 7 and 7 Plus box on top of native Lightning earbuds. It still wouldn't be as elegant as a native 3.5mm port (you'd likely have to go wireless to listen to music while you charge), but you wouldn't have to buy a dongle to keep using your pricey wired headphones.

There's more. Kuo also hears that the A10 chip powering the new iPhones will run at a much higher 2.4GHz clock speed (the A9 in the iPhone 6s and SE tops out at 1.85GHz). And if you're the sort who has to get a new color to prove that you have the latest iPhone, it might be your lucky day. The analyst elaborates on a previous rumor by claiming that Apple will replace its seemingly ubiquitous space gray color with "dark black," and there would even be a glossy "piano black" if you're feeling ostentatious. Oh, and the purported second speaker grille? That would hold a new sensor to improve Force Touch, though it's not certain how that would work.

To top it all off, the report also supports a few existing stories. The new iPhones would indeed be water-resistant, surviving depths of 3.3 feet for 30 minutes. And Apple would not only double the base storage, but the mid-tier's storage as well. You'd be shopping between 32GB, 128GB and 256GB models, much like you do with the iPad Pro. The display resolution won't be going up, Kuo says (boo!), but you would get the smaller iPad Pro's wider color range. All told, Apple would be counting on a ton of iterative improvements to get you to upgrade. Even if this isn't the big redesign you'd hope for, it'd be more than just a modest tune-up.

Source: 9to5Mac
Coverage: Macotakara (translated)
In this article: a10, apple, gear, iphone, iphone7, iphone7plus, KgiSecurities, leak, lightning, ming-chikuo, mobile, rumor, smartphone
All products recommended by Engadget are selected by our editorial team, independent of our parent company. Some of our stories include affiliate links. If you buy something through one of these links, we may earn an affiliate commission.