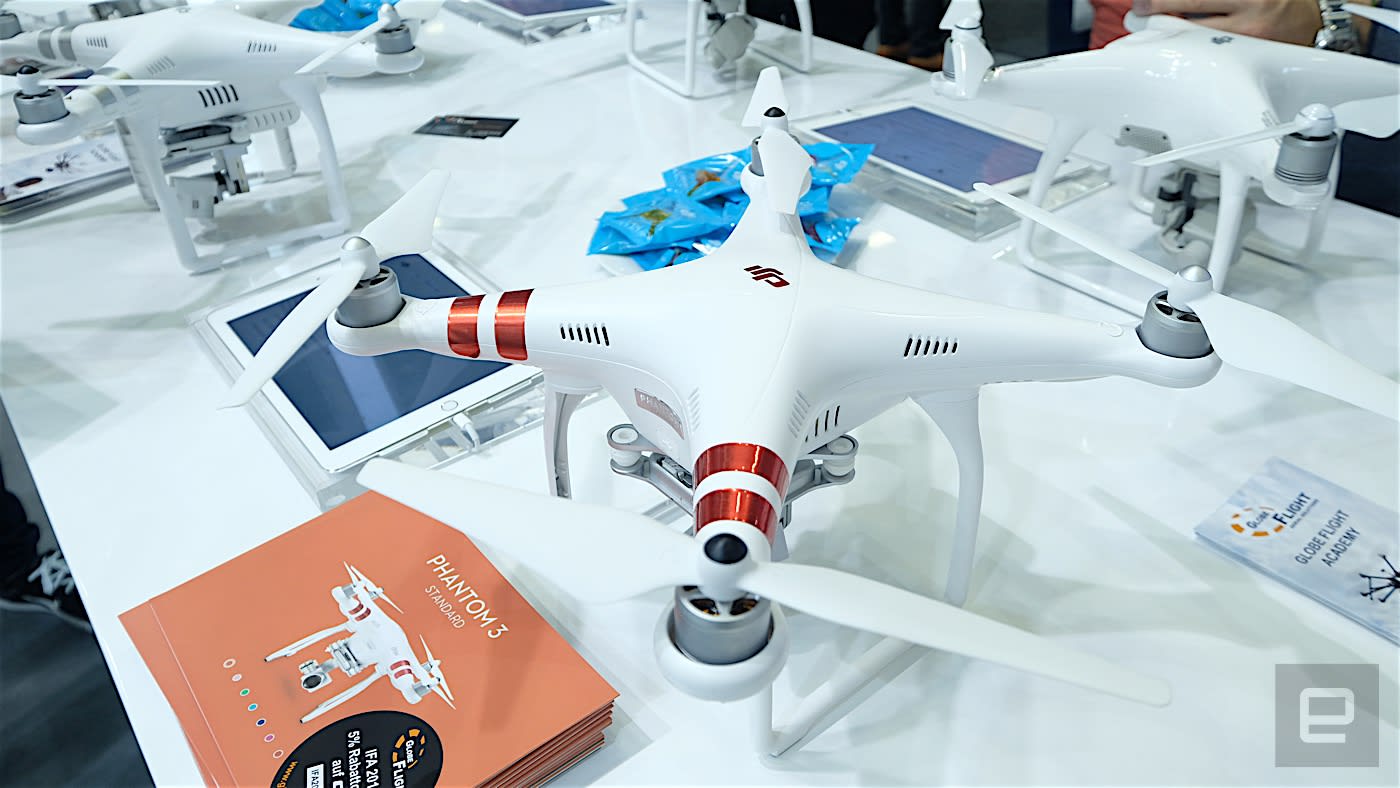 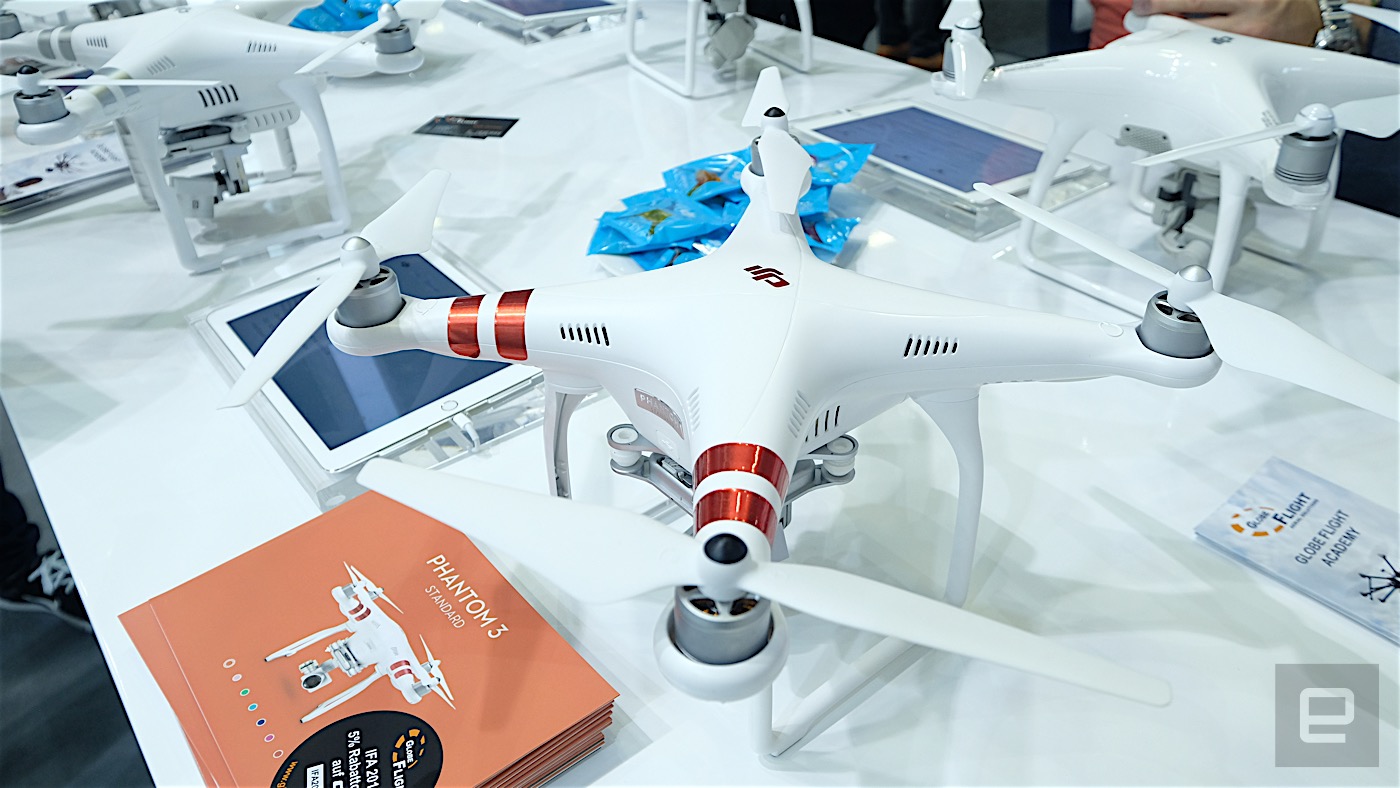 It's a simple question: How would you sell my Dad a drone? Right now, most drone buyers are professionals, hobbyists or video enthusiasts. That leaves a pretty big number of people not currently browsing for a quadcopter. At least, not yet. My Dad is one of those people, so if you can sell him one, you're onto something. When I asked that question to Adam Najberg, DJI's Global Director of Communications, his answer was simple: "Size is going to be an issue. Also ease of use." So something smaller and simpler. No surprises there. But Najberg represents one of the biggest names in drones, so when he tells me what such a drone might look like, I listen.

"If I can take it out of my jacket pocket and throw it up into the air, or just put it on the ground and push a button, and it goes up and it takes a photo [...] that's the kind of functionality." Right now, DJI makes no such product. Its current consumer series, the Phantom, is probably what most people think of when they imagine a quadcopter. It's portable, with a backpack, but not small by any measure. The flagship Phantom 4 is easy enough to fly, but my pops is unlikely to get past the manual. There are already several "selfie drones" available or in production, but nothing that's really nailed it. DJI is well placed to change this.

It was here at IFA, that DJI chose to announce the $300 Osmo Mobile. A hand-held steady grip for your phone. This is the first product DJI has made aimed at, well, everyone. Previous Osmo grips came with a 4K camera built-in, and were priced way out of the casual user's range (until recently, starting at over $700). DJI already has enterprise solutions, and caters to the build your own crowd, so it only follows that the next audience to tap is, well, that elusive everyone else. 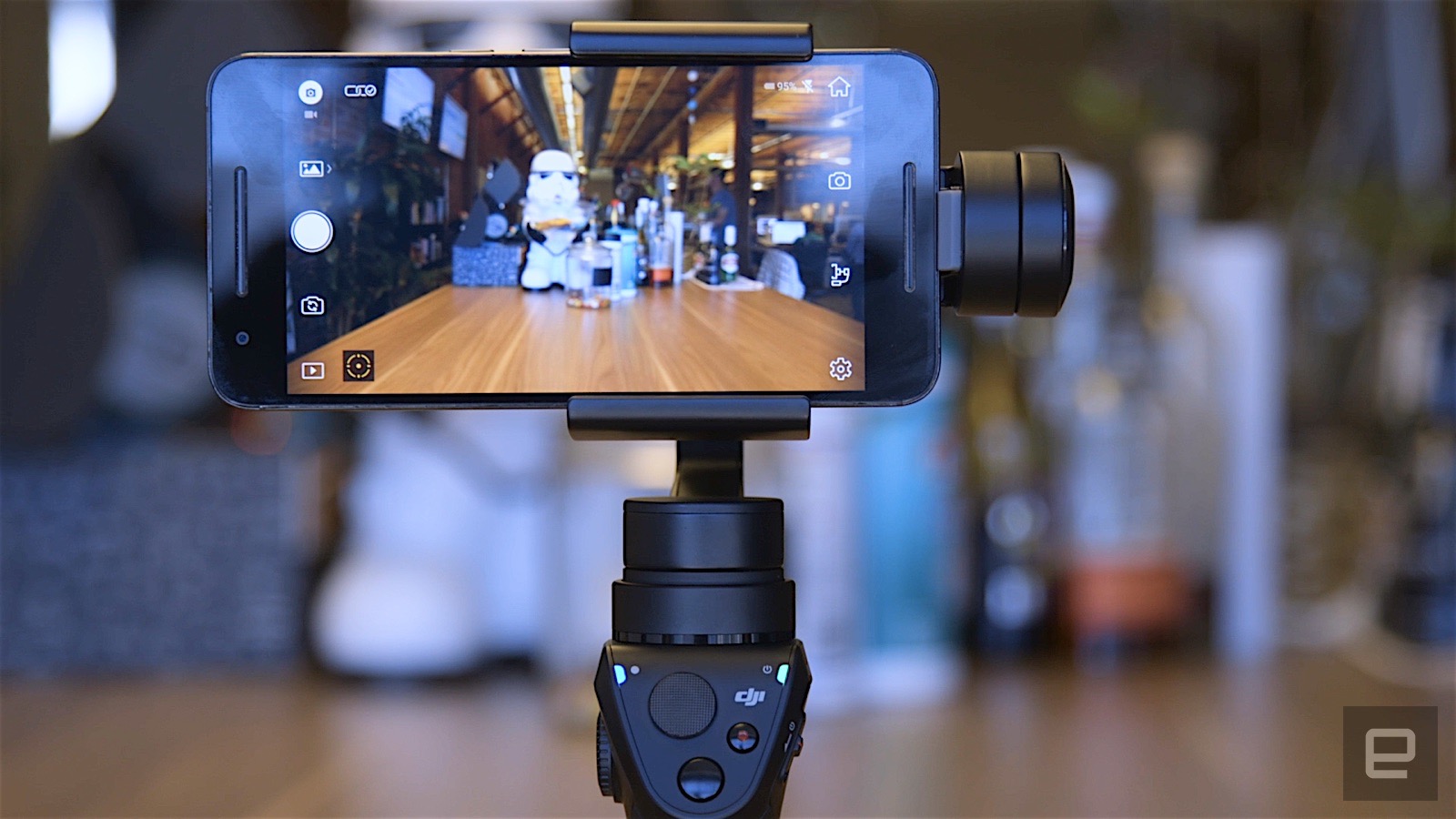 A current trend in consumer drones is the use of 360-degree cameras and VR headsets. These are two hot technologies right in general, but I'm not sure how practical they are for mass-market drone appeal. After all, 360 video and VR don't really gain much by adding a drone into the mix, at least not for most people. Najberg agrees. "We're hearing that people want this, but we need to hear it from a big enough swath of the market."

The biggest clue as to where DJI is looking next, perhaps, might not be the Osmo Mobile, but the phone it holds. Much like both VR and 360 cameras, the key to getting people excited about them is make it work with tech that we already have. Google's Cardboard/Daydream, Samsung's Gear VR or the latest mobile-friendly 360 cameras, they all have the phone at their center. DJI realized that the phone in everyone's pocket made them a potential customer for the Osmo Mobile, so why not its drones?

Parrot, Ghost and (my new friend) Dobby all make drones that replace the traditional hand held radio controller with an app on your phone, so when Najberg tells me "What it comes down to is, if you have that phone in your pocket, it can become a controller for a lifestyle drone... then why not?" It's hard not to imagine where this could be applied to DJI. For now though, the company's keeping my old man guessing.

In this article: adamnajberg, cameradrone, dji, drone, drones, gear, ifa, ifa2016, phantom, quadcopter, robots, selfiedrone, uav
All products recommended by Engadget are selected by our editorial team, independent of our parent company. Some of our stories include affiliate links. If you buy something through one of these links, we may earn an affiliate commission.