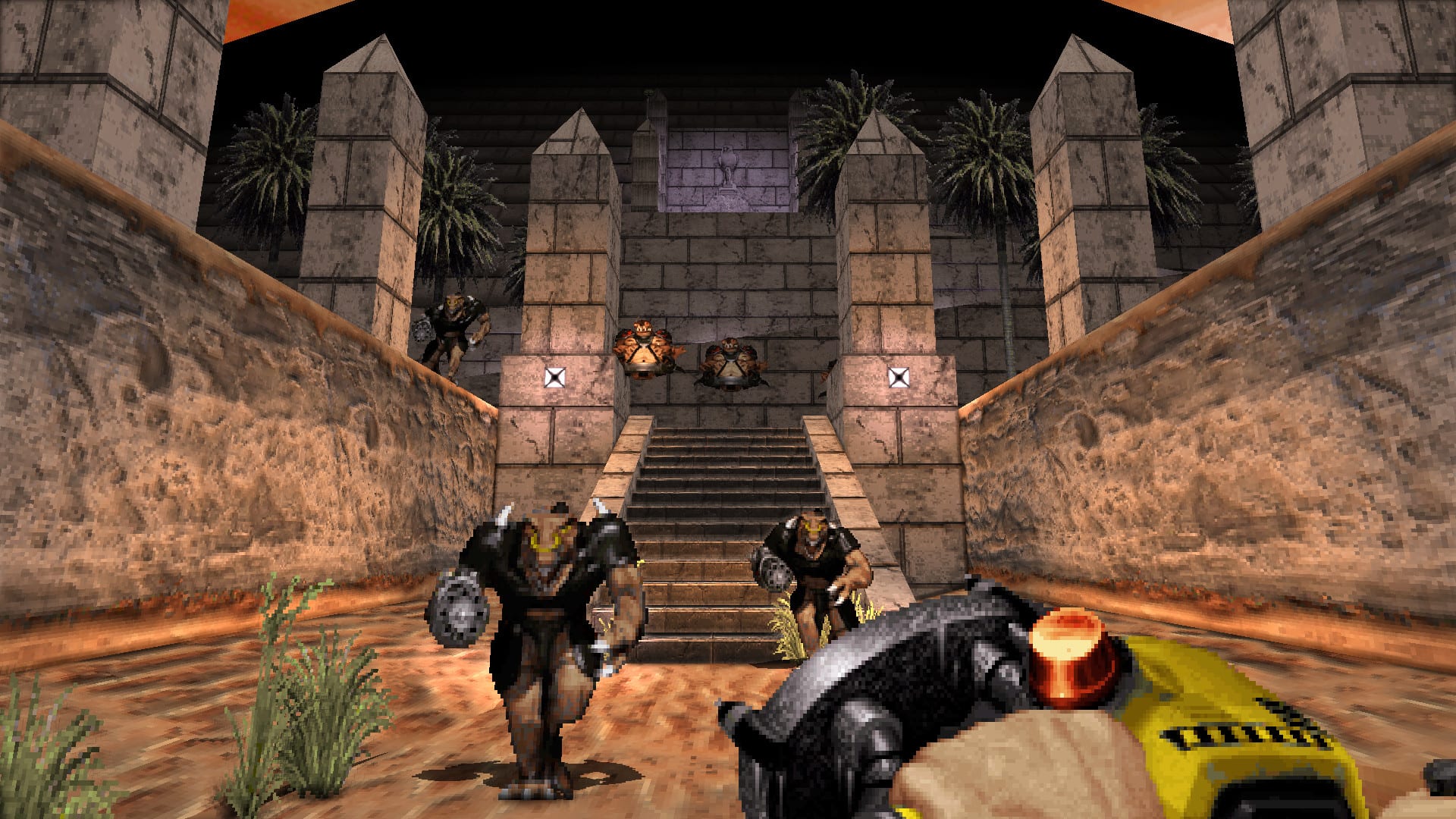 If Duke Nukem Forever convinced you that cheesy one-liners, bad puns and juvenile action-hero humor is best left in the 90s, you're in luck. Gearbox Software just announced that it's bringing back the original Duke Nukem 3D in a special 20th Anniversary Edition World Tour that packs in 8 new levels, a ton of freshly recorded voice lines and a modest graphics update. Even better, all this new content was designed by much of the 1996 classic's original team.

In addition to the original game, Duke Nukem 3D: 20th Anniversary World Tour (what a mouthful) features a new episode created by Allen Blum and Richard "Levelord" Gray (two level designers from the original game), new music from original composer Lee Jackson and a ton of fresh "duke talk" from voice actor Jon St. John. Not good enough? Okay there's a little more. The game's 20th anniversary release will also feature a 2.5D option that gives the graphics a modest update. The game's 2D sprite look isn't going anywhere, but the actual level environment will use real 3D rendered graphics instead of the pseudo-3D effect the original game used. Even that is only an option, though. Gearbox promises the original 1996 graphics experience will be available to purists.

The whole experience will set Duke fans back $20 when it launches on October 11th. That a pretty steep price increase from when the game could be had on Steam for about $4 -- but at least there's a ton of new content. It's not just for PC gamers either: Duke Nukem 3D: 20th Anniversary World Tour will be available on PC, Xbox One and PlayStation 4.

Source: Gearbox Software
In this article: av, dukenukem, dukenukem3d, gaming, gearbox, geraboxsoftare, pc, ps4, videogames, windows10, xbone, xboxone
All products recommended by Engadget are selected by our editorial team, independent of our parent company. Some of our stories include affiliate links. If you buy something through one of these links, we may earn an affiliate commission.