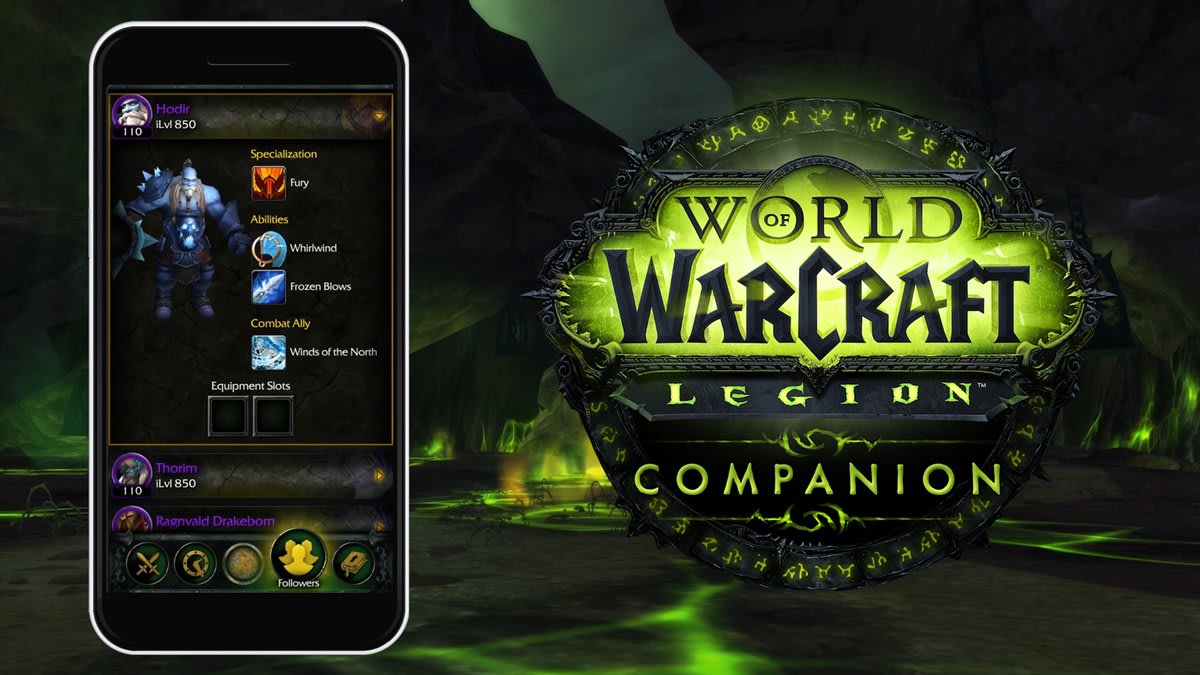 The World of Warcraft Mobile Armory app has been quietly keep track of all your characters, stats and auctions for years now (in fact it just got updated to version 7.0 last month). Now, to coincide with the release of the latest expansion set to the immensely popular MMORPG, Blizzard has launched a second companion app to help WoW players make the most of their tim in the Broken Isles of Azeroth, even when they're on the go.

Cleverly titled the World of Warcraft Legion Companion, Blizzard's latest mobile app allows players to manage their Order Hall and World Quests from their mobile devices, allowing them to save time and get right to the quests once they're in-game. The Order Hall management section allows you to research and track your Order's tech tree status. A separate Mission Control section shows which missions are available to your Class Order Hall so you can collect rewards, manage followers and recruit new champions for future missions.

The Wow Legion Companion is currently available for both iOS and Android devices. Naturally, the app requires World of Warcraft, WoW: Legion and an active Warcraft subscription with at least one character of appropriate level.

Source: World of Warcraft
In this article: blizzard, companionapp, gaming, mobile, warcraft, worldofwarcraft, worldofwarcraftlegion
All products recommended by Engadget are selected by our editorial team, independent of our parent company. Some of our stories include affiliate links. If you buy something through one of these links, we may earn an affiliate commission.