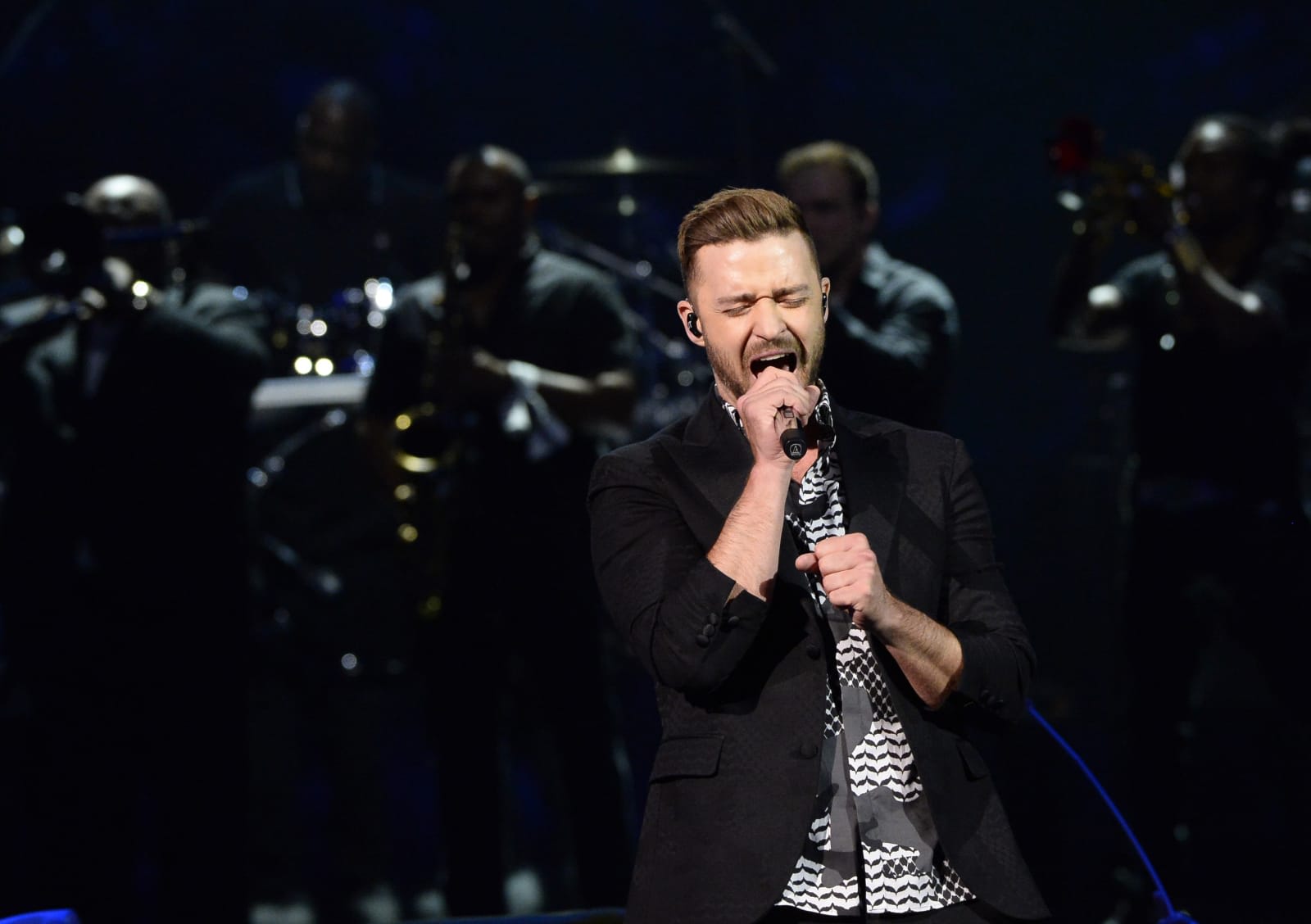 As the streaming wars rage on, Amazon, Hulu, Netflix and others continue to add to their libraries. Today, Netflix announced via Twitter that Justin Timberlake's concert film will debut on the service October 20th. Officially titled Justin Timberlake and The Tennessee Kids, the title is the performance from the Las Vegas stop of the singer's 20/20 Experience Tour. This only pads Netflix's music-focused exclusives, following A Very Murray Christmas, Keith Richards: Under the Influence, I'll Sleep When I'm Dead on Steve Aoki and What Happened, Miss Simmone.

The Hollywood Reporter notes that Netflix nabbed the global streaming rights to the Timberlake concert ahead of its debut at the Toronto Film Festival next week. Another interesting note is that Silence of the Lambs director Jonathan Demme was at the helm for the project. Demme's credits also include more musical selections like Talking Heads' Stop Making Sense, Kenny Chesney's Unstaged and Neil Young's Heart of Gold.

Let the groove get in. Justin Timberlake and the Tennessee Kids arrive on Netflix October 12. pic.twitter.com/cPeJoT6P84

Source: Netflix (Twitter)
Coverage: The Hollywood Reporter
In this article: av, concert, entertainment, justintimberlake, music, netflix, services, streaming
All products recommended by Engadget are selected by our editorial team, independent of our parent company. Some of our stories include affiliate links. If you buy something through one of these links, we may earn an affiliate commission.