Google Photos for Android has a powerful new editor 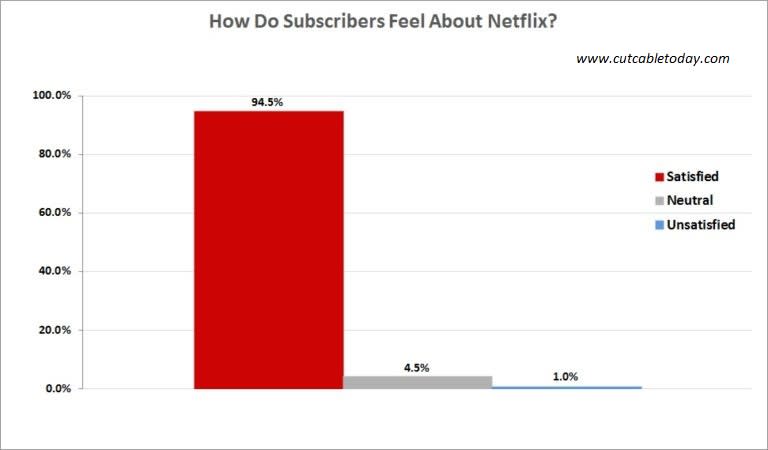 When it comes to services that stream on-demand content, Netflix is king. Everyone knows that. However, over the last quarter, skepticism towards the service has grown.

Back in July, Netflix's quarterly report revealed significantly slower subscriber growth in the US. While some speculated the service has reached it's saturation point in the US, others think there might be another issue.

"The reason is obvious and has been expected in some circles: Higher monthly subscription costs for customers are causing cancellations," Jeremy C. Owens, technology editor of MarketWatch wrote.

It stands to reason, as more and more people are turning to streaming services as they cut the cord and try to lower their monthly bills, Netflix's decision to raise the price of their standard plan from $7.99 per month to $9.99 per month likely rubs many the wrong way.

However, according to a new survey by CutCableToday, despite a 25% price increase, Netflix subscriber satisfaction is actually up 2% from last year.

"94.5% of Netflix subscribers are satisfied with the service and planning to keep it," CutCableToday reported. "Netflix customer satisfaction has increased year-over-year, despite minor price increases and changes to content library." Even more impressive, the report states that only 1% of Netflix subscribers are displeased with the service. Knowing that you can't make everyone happy, only 1% displeasure is pretty impressive, especially in the face of a price increase.

Whether Netflix can continue this trend in the face of increased competition remains to be seen. But you'd think if they keep putting out quality programming like Stranger Things (which will see a second season), the future will remain bright.