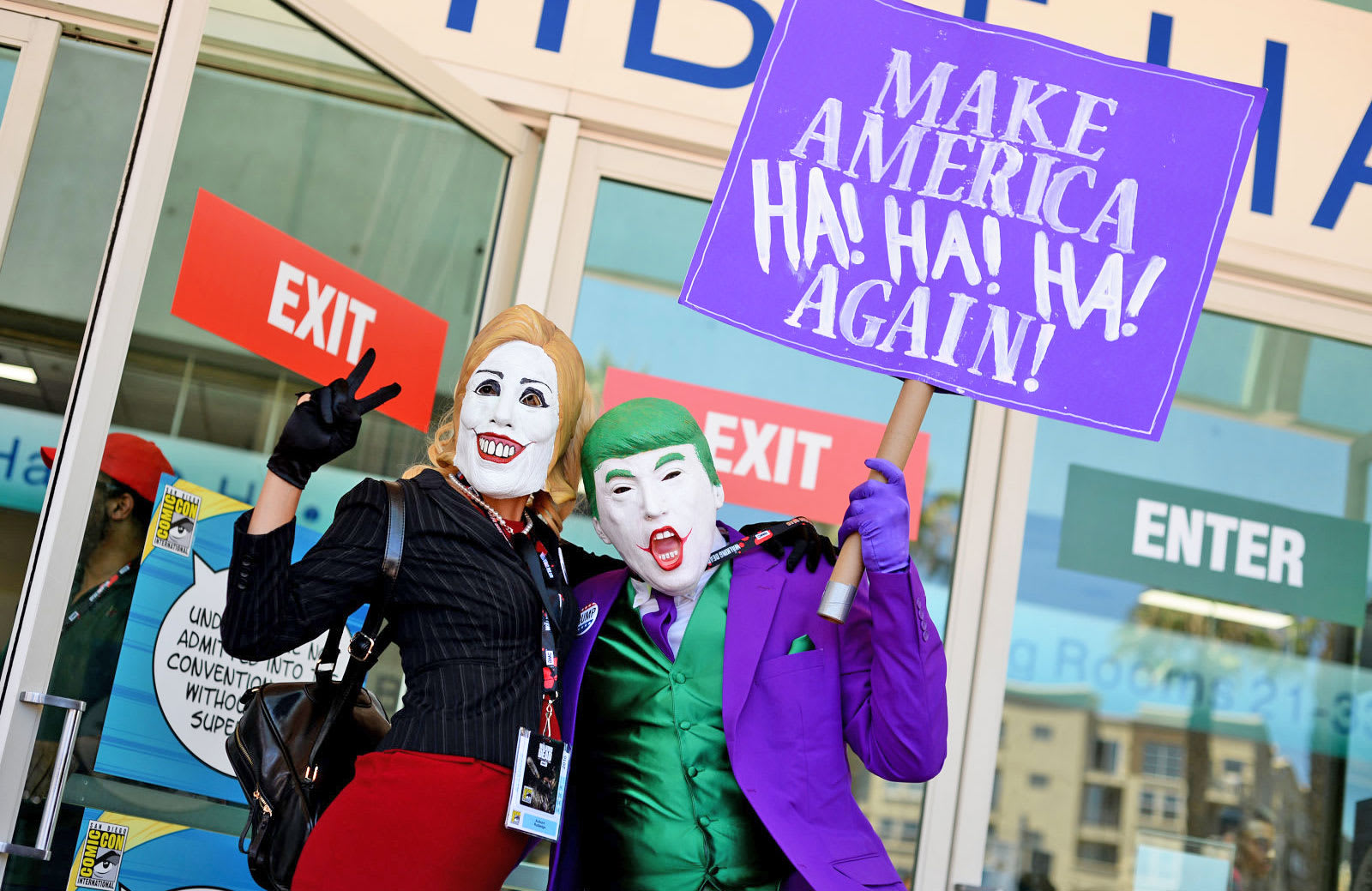 If you were wondering what stage the 2016 Presidential Campaign had reached, the answer is politicized meme explanations. Social media and the internet have taken on a bigger role than ever in this race, and now the Clinton campaign posted an article breaking down the use of "Pepe" by the opposition. Featured in images reshared recently by Donald Trump and surrogates including his son, the cartoon frog has shifted from random 4chan symbol to an "alt-right" favorite.

The Daily Beast explored the growing link between Pepe and symbols of internet bigots back in May, citing a self-proclaimed white nationalist saying the movement wanted to reclaim it from the "normies." Since its appearance in internet posts responding to Clinton's "basket of deplorables" comment last week, Pepe and what it means has suddenly become a hot topic in political conversation. In an interview with The Atlantic, artist and Pepe creator Matt Furie called the current usage of the meme a "phase" and said he focuses on the positive aspects of its usage.

A scan of Trump's tweets from today does not reveal any comment on this meme, the Clinton campaign post or any reference to Crying Jordan, dog avatars, anime avatars, Dat Boi, the This is (not) Fine dog or even a quick trollface. At this point, if Slender Man doesn't come up as a debate question we'll have to wonder if the moderators are even trying.

Source: Know Your Meme, The Atlantic
Coverage: NYMag, The Daily Beast, Mediaite
In this article: culture, DonaldTrump, HillaryClinton, internet, MattFurie, meme, pepe
All products recommended by Engadget are selected by our editorial team, independent of our parent company. Some of our stories include affiliate links. If you buy something through one of these links, we may earn an affiliate commission.