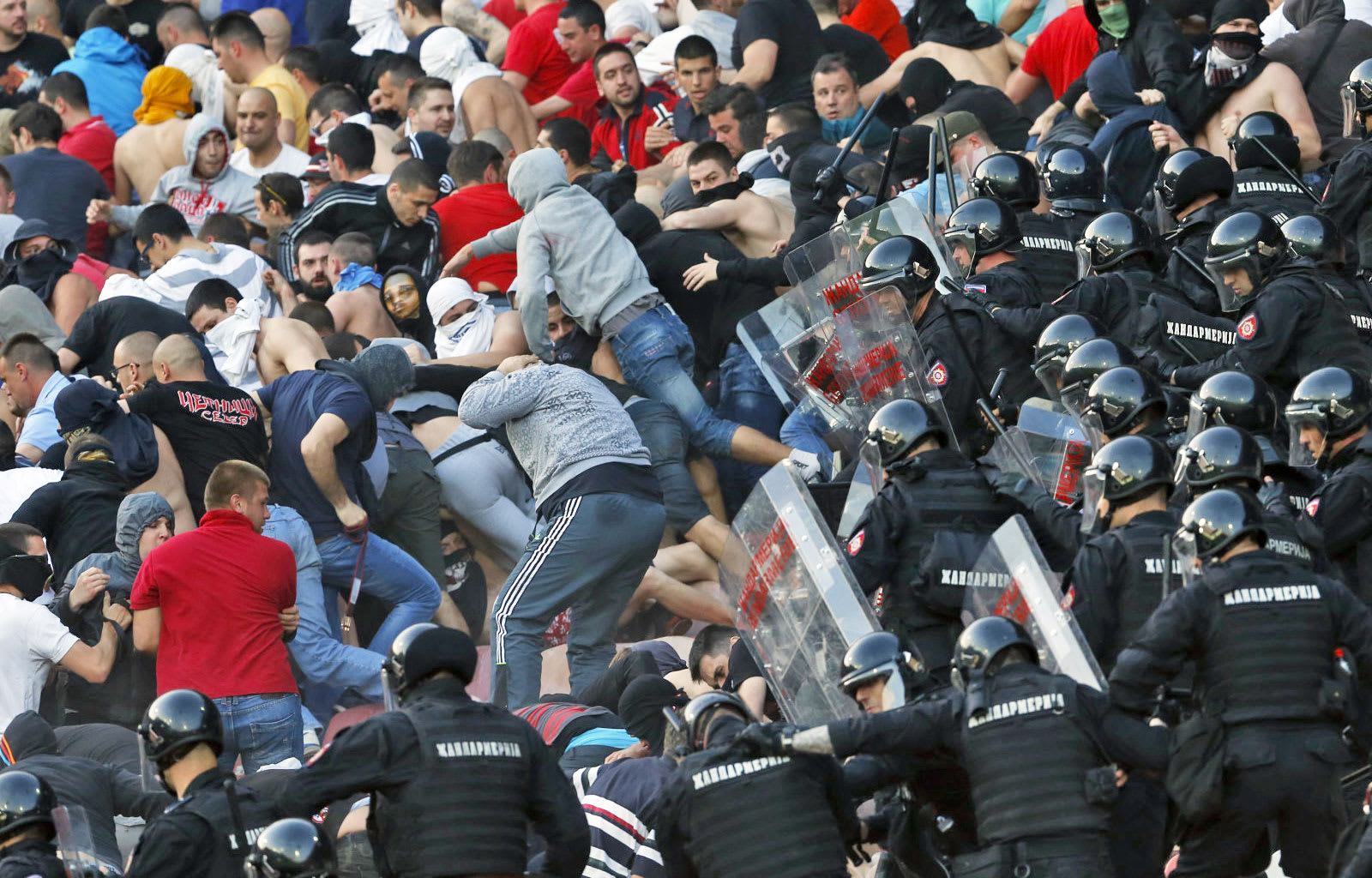 When football fans get violent and charged with "hooliganism," they wind up getting prohibited from their team stadiums for a time to prevent more mayhem. But the current system of manually checking these blocked citizens in on game day is cumbersome. To counter that, the Netherlands' governing football association KNVB will roll out a device soon that tracks banned fans using GPS and biometrics. While it could be a technologically convenient for offenders and authorities, it's a solution with privacy concerns.

The phone-size device is supposedly simple to use: Offenders simply put their finger on its scanner, and its internal GPS makes sure they're nowhere near the stadium during a match. Banned fans have to ensure it's charged and check in when prompted before, during, and after the match. But it's seemingly easier on everybody than what's used now: Forcing them to sign in at police stations, which takes time and manpower.

The KNVB has already tested the device at two football clubs, with positive results. No wonder: Fans who volunteered had their bans shortened by two months. When it might be fully rolled out is unclear, as they are still in discussions with teams and authorities.

What's still up for debate is where to store all that biometric and GPS data. According to G4S, the security firm that built the devices, the fingerprint itself isn't transmitted elsewhere and stays on it. It only checks whether a person is inside the designated area (in this case, around a football stadium), which is sent on to a public prosecutor in charge of the offender.

The technology is there, says the KNVB, but they have still yet to reach agreement with the government. Instead, national authorities would prefer to leave it as a local decision between football clubs and local police, the Ministry of Security and Justice told Vice sports in an email.

Source: VICE Sports
In this article: ban, culture, football, gadgetry, gadgets, hooligans, KNVB, soccer, sports
All products recommended by Engadget are selected by our editorial team, independent of our parent company. Some of our stories include affiliate links. If you buy something through one of these links, we may earn an affiliate commission.