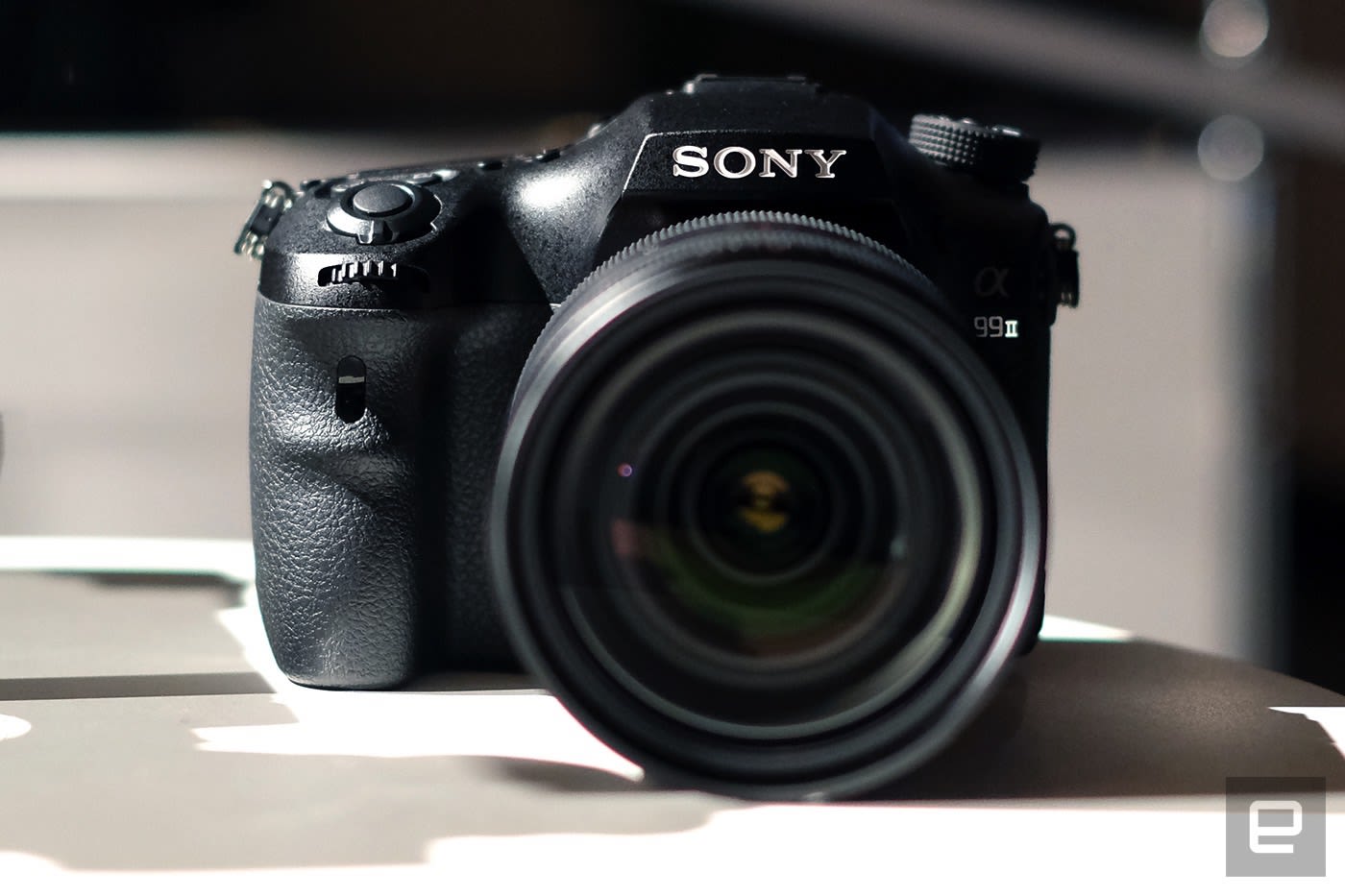 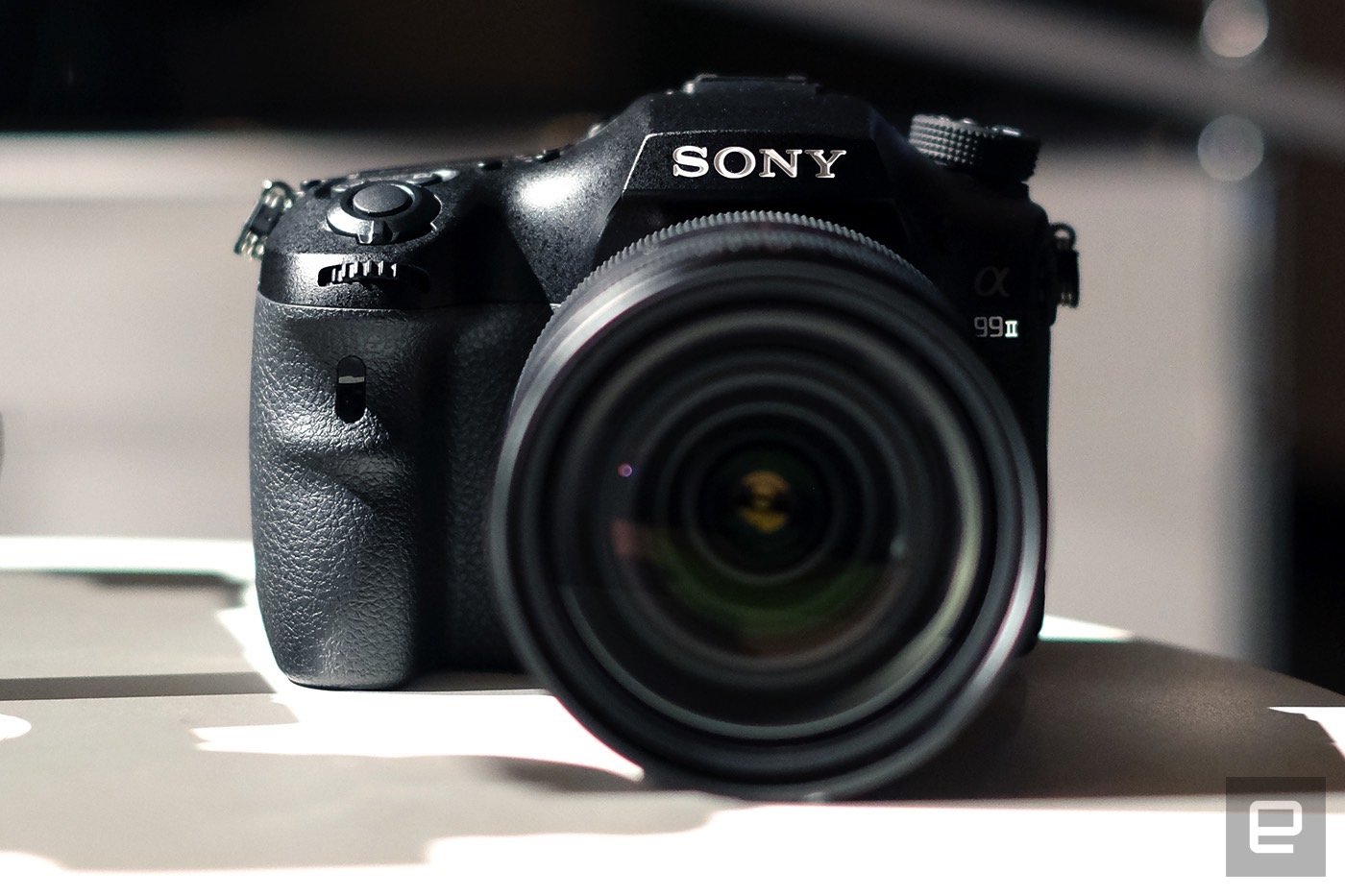 It's been four years since Sony last introduced a flagship-class full-frame camera, but it's finally back with more. Sony is launching the A99 II, a 42.4-megapixel pro cam that incorporates many of the upgrades you've seen in recent Alpha DSLRs and mirrorless models... and then some. To start, it promises to be an autofocusing champ. This is the first full-frame Alpha to use 4D Focus tech, delivering a hybrid autofocusing system that melds 79 dedicated phase detection points with 399 focal plane phase detection points. Between this and the lack of a moving mirror, Sony is promising "full-time" autofocus that can track fast-moving objects -- important when you can shoot up to a brisk 12 frames per second (8FPS in live view).

This is also a big improvement if you like to shoot at night. The A99 II adapts the A7 II's 5-axis image stabilization to a full-frame body, helping it counter both shifting blur in close-ups and rolling blur in low light. Reportedly, it's equivalent to a 4.5-step shutter speed advantage. Combine that with a peak ISO 102,400 sensitivity and it may be an easy choice for in-the-dark shooting, although you won't get the extreme sensitivity options of very high-end DSLRs like the Nikon D5.

You're getting a newer design, to boot. The magnesium alloy body is about 8 percent smaller than the first A99, and you'll get both a newer grip, twin SD card slots and seals that make the camera both dust- and water-resistant. The 1,024 x 768 OLED viewfinder should help, too, and you're getting a redesigned menu that should be easier to use in the midst of a hectic photo shoot.

Other perks? You can finally record 4K video on a full-frame Sony DSLR (without pixel binning, even), and there's a "Slow and Quick" mode that combines both slow-mo and accelerated video speeds. Pro movie makers may also appreciate better gamma handling (including S-Log2 and S-Log3 gamma for wide dynamic range videos) and a zebra mode that helps with tweaking the exposure.

The A99 II should arrive in November, and it'll be relatively affordable for the category at $3,199 (€3,600) for the body alone. That's not trivial, but it's less than Canon's EOS 5D Mark IV -- and it looks to be more powerful than the two-year-old Nikon D810.

Source: Sony, Sony Press Centre
In this article: a99, a99ii, alpha, cameras, dslr, full-frame, gear, photography, photokina2016, sony, video
All products recommended by Engadget are selected by our editorial team, independent of our parent company. Some of our stories include affiliate links. If you buy something through one of these links, we may earn an affiliate commission.