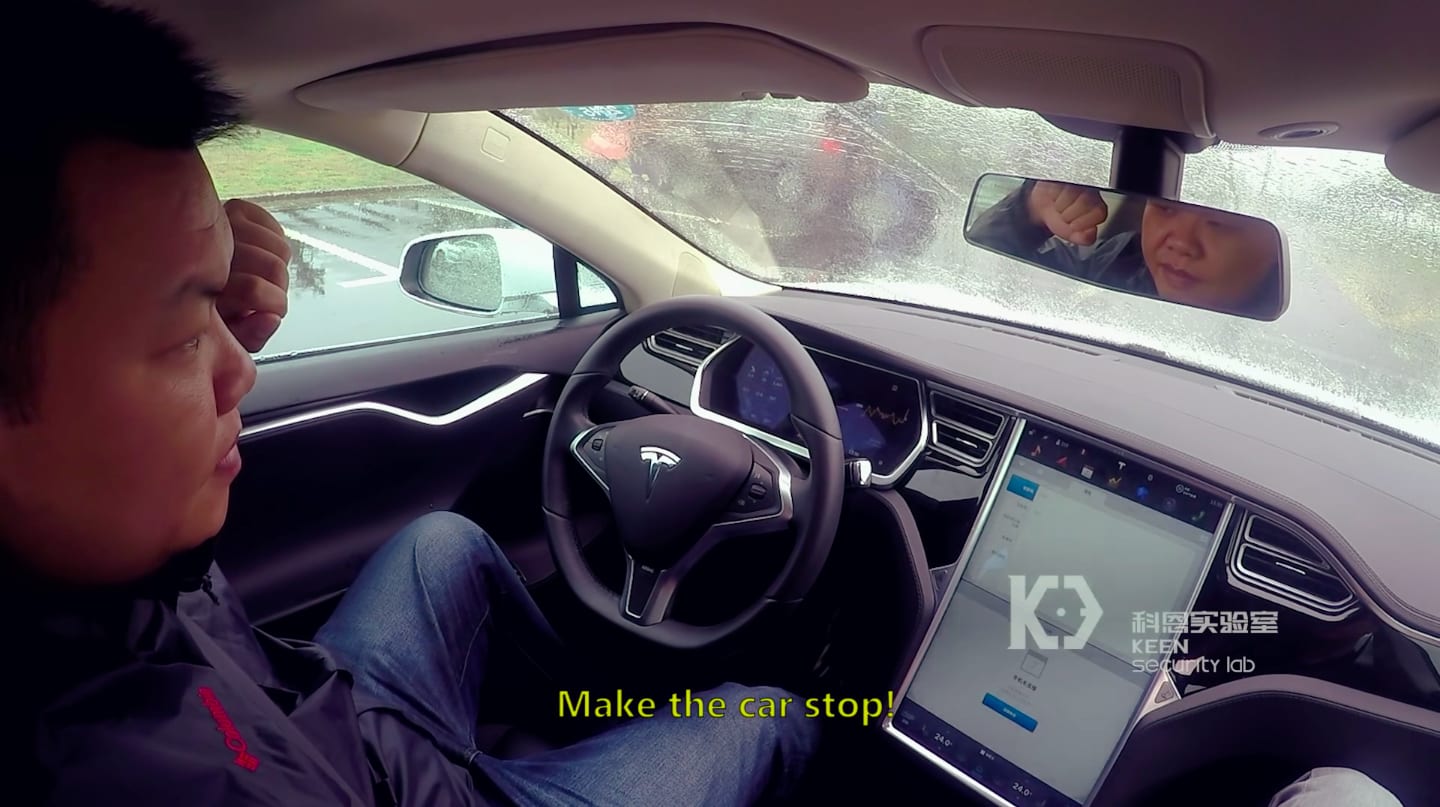 A team of researchers from China's Keen Security Lab were able to remotely hack into a Tesla Model S by exploiting the vehicle's in-car web browser. While the Keen group worked closely with Tesla's own security team to fix the vulnerability before it could be put to any nefarious use, the hackers showed it was possible to control many functions of Tesla's flagship sedan -- including the brakes and the sunroof -- from miles away.

By connecting the car to a malicious WiFi hotspot, the Keen team was able to access the vehicle's control systems through the CAN bus by way of the web browser. As the team showed off in a video, they were able to remotely search for a destination on the car's GPS, control the entertainment and instrument screens, pop the trunk and even hit the brakes while the vehicle was in motion twelve miles away. A little less harrowing: they were also able to adjust the seats and open the sunroof from afar.

The Verge notes, that the conditions for the exploit are fairly specific, but it's not hard to see the danger it would have presented if a bad actor could connect your ride to some bad WiFi. Thankfully, Tesla patched the exploit within 10 days of receiving the report from the Keen Security Lab, which is a division of Chinese internet behemoth Tencent.

"The issue demonstrated is only triggered when the web browser is used, and also required the car to be physically near to and connected to a malicious wifi hotspot," Tesla said in a statement. "Our realistic estimate is that the risk to our customers was very low, but this did not stop us from responding quickly."

While the Keen Security Lab team is withholding additional details on the hack, it's important to note that this is not something current owners should be worried about at this point. As is common practice in White Hat hacking circles, security exploits like this are generally not discussed publicly until they are patched or the exploited company has a chance to respond.

For their part, Keen praised Tesla's "proactive attitude" while Tesla's own statement went on to say: "We engage with the security research community to test the security of our products so that we can fix potential vulnerabilities before they result in issues for our customers. We commend the research team behind today's demonstration and plan to reward them under our bug bounty program, which was set up to encourage this type of research."

Via: The Register, The Verge
Source: Keen Security Lab/YouTube
In this article: culture, gear, hackers, HackersAuto, models, security, tesla, teslahack, transportation
All products recommended by Engadget are selected by our editorial team, independent of our parent company. Some of our stories include affiliate links. If you buy something through one of these links, we may earn an affiliate commission.