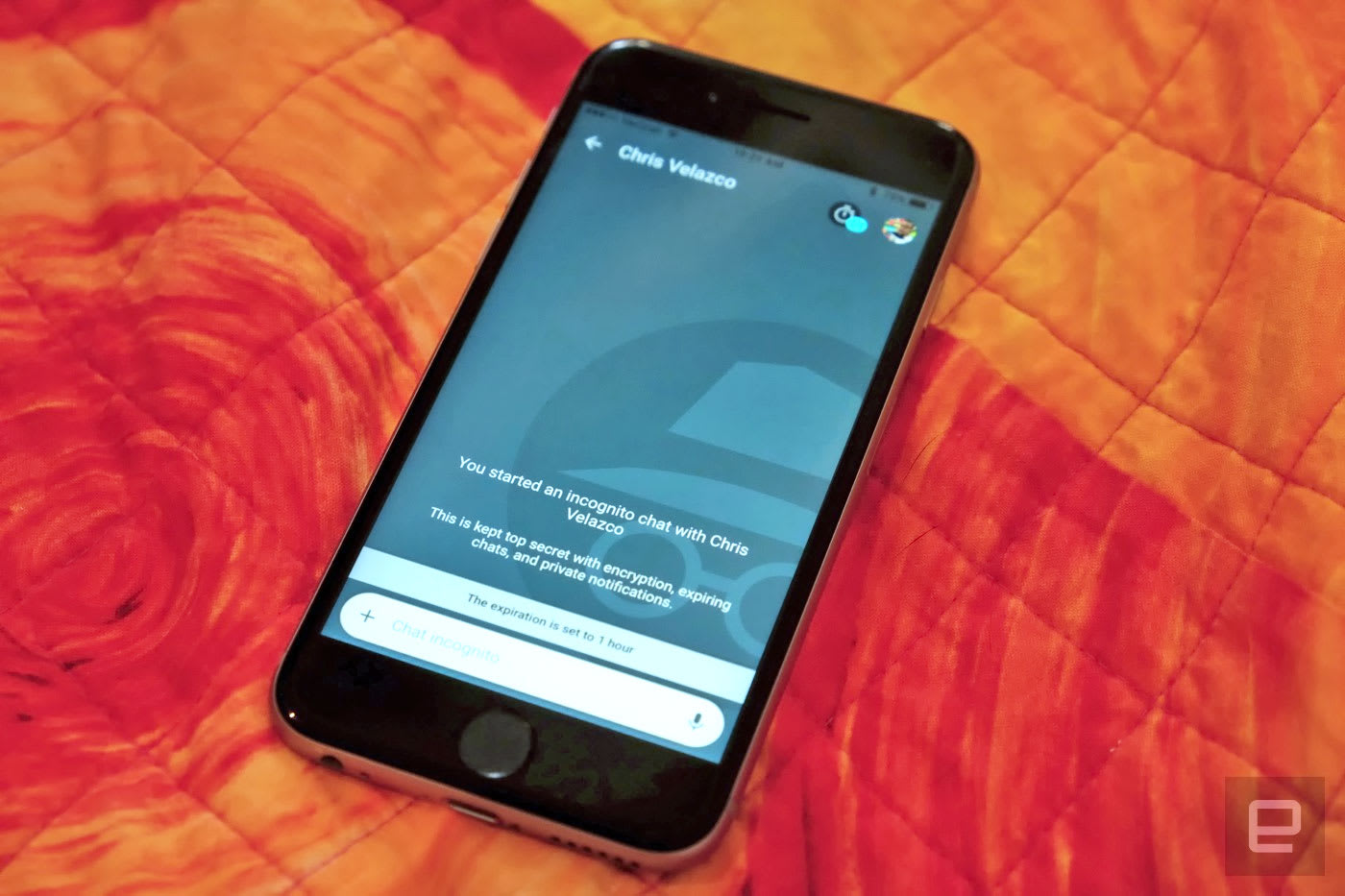 Back when Google first announced its brand-new chat app Allo, the company told The Verge it would only store messages "transiently," not indefinitely. But since May, when the app was first announced at Google I/O, things have changed a bit in that regard. A Google spokesperson confirmed that messages are now stored on Google's end as long as that chat history is available on your personal device. But once you choose to delete the history, it's also deleted on Google's end -- so users do have control over just how long their messages persist for.

Google told me that it made this change after the company pushed the app out to wide testing around the company; it found that the experience was better when it saved chat history for longer. That history helps Google with things like the app's auto-reply features, which work better the more data is available for Google to analyze.

If both you and the other participant in your conversation choose to delete a conversation, though, the messages will be removed from Google's servers. And if you want extra privacy, you can use Allo's incognito mode, though you won't get the benefit of the Google Assistant that sets the app apart from other options. Deleting the app itself from my iPhone also deleted all the content of the conversations I was having -- but again, if my friends didn't delete those chats, they're still out there on Google's servers.

For most users, this probably won't be a deal-breaker -- it's not really any different than how most of Google's many other communication products behave. But there's also no doubt that there's been increased attention given to the privacy and security of your online communications. If that's a concern to you, Allo might not be the best option for you.

Via: The Verge
In this article: gear, google, internet, mobile, services
All products recommended by Engadget are selected by our editorial team, independent of our parent company. Some of our stories include affiliate links. If you buy something through one of these links, we may earn an affiliate commission.