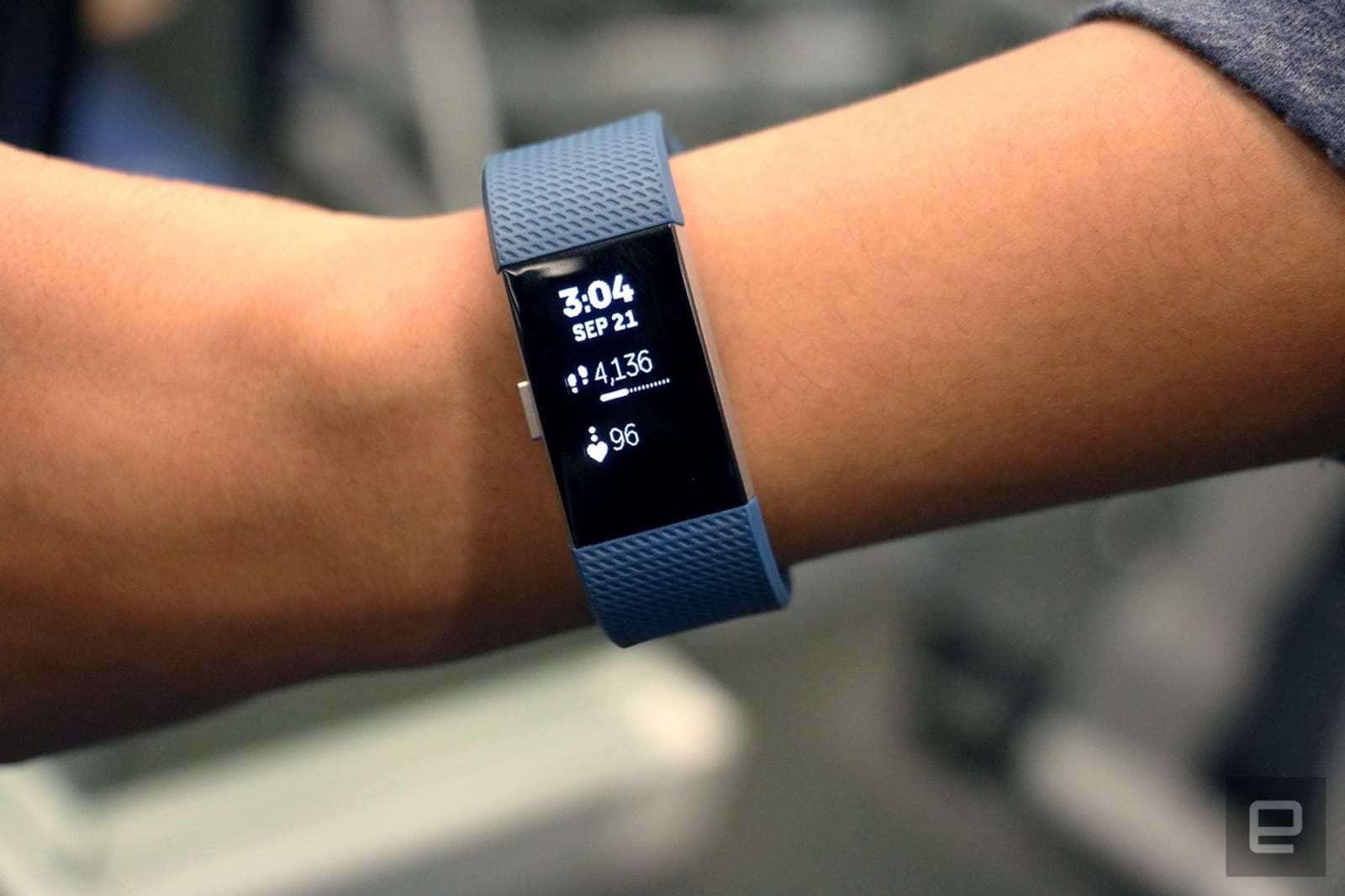 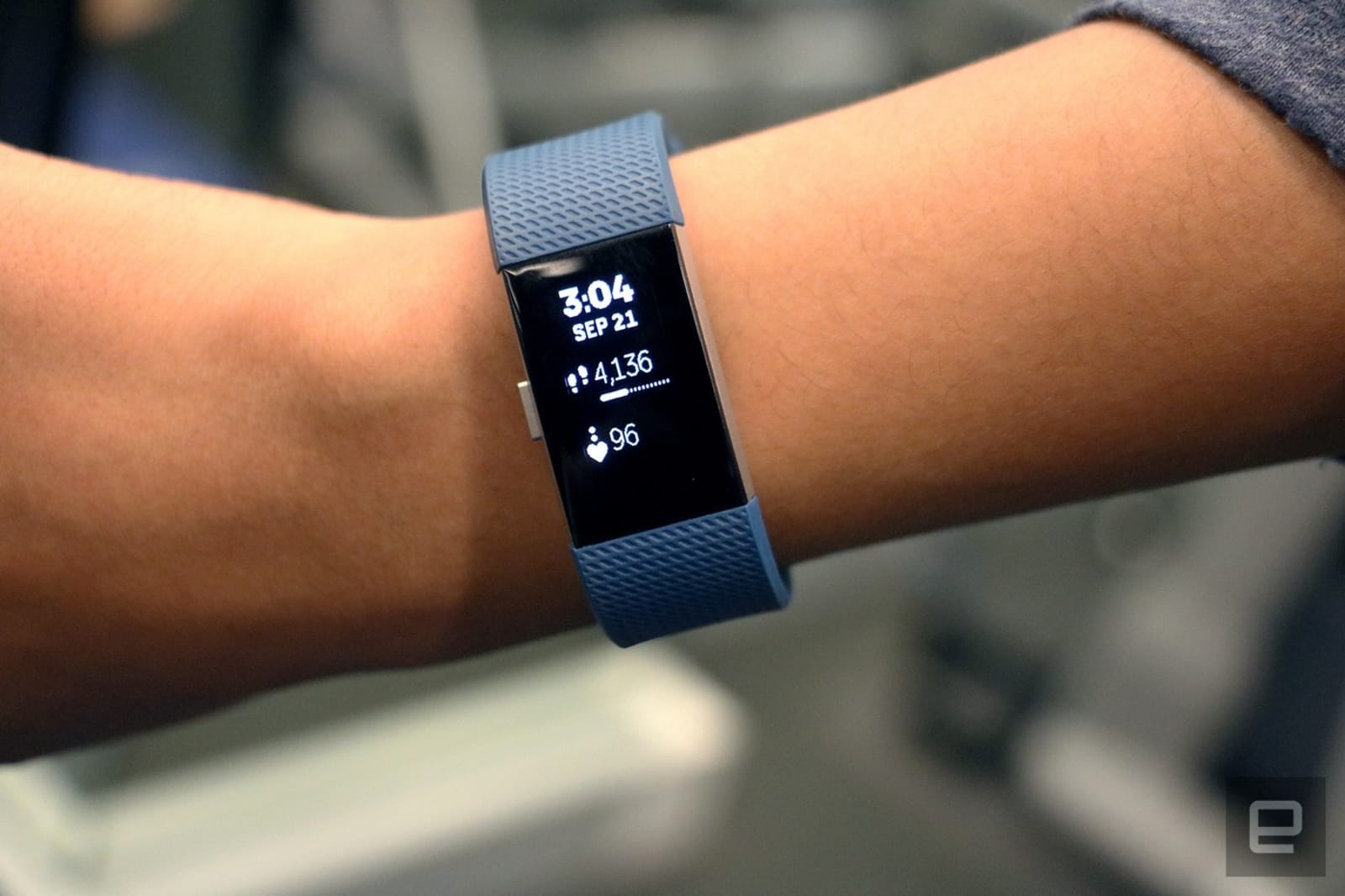 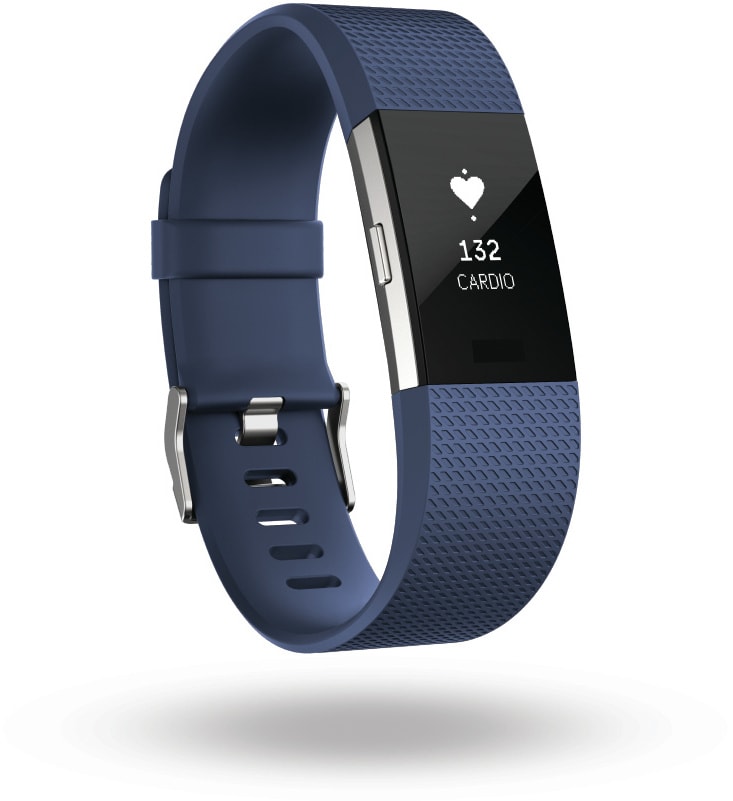 Fitbit's 2-year-old Charge HR has been in dire need of an upgrade, and thankfully, the company has finally refreshed its lineup. The new Charge 2 boasts better exercise tracking, more informative stats, GPS capability and a larger screen for the same price ($150) as its predecessor. Although I dislike its still-boring looks and odd meditation mode, I've found the Charge 2 to be a solid fitness companion overall that spurred me to get better at monitoring and understanding my heart health. It's a worthy successor to our current favorite fitness tracker and takes over as the most well-rounded option you can buy.

The Fitbit Charge 2 brings some much-needed updates to the popular Charge HR. It can now track your distance by tapping your phone's GPS for more accurate pace info and will automatically detect that you're working out after 15 minutes. It also has new modes to analyze activities such as weights and interval training, as well as biking and running. Plus, its bigger screen means you can see more stats at a glance. Even though it still has a bland design as well as a poorly implemented meditation feature, the Charge 2 is nonetheless a solid successor to what was previously our favorite activity tracker.

How would you rate the Charge 2?
We want to hear what you think. Post a quick review now to join the conversation!
Write a review 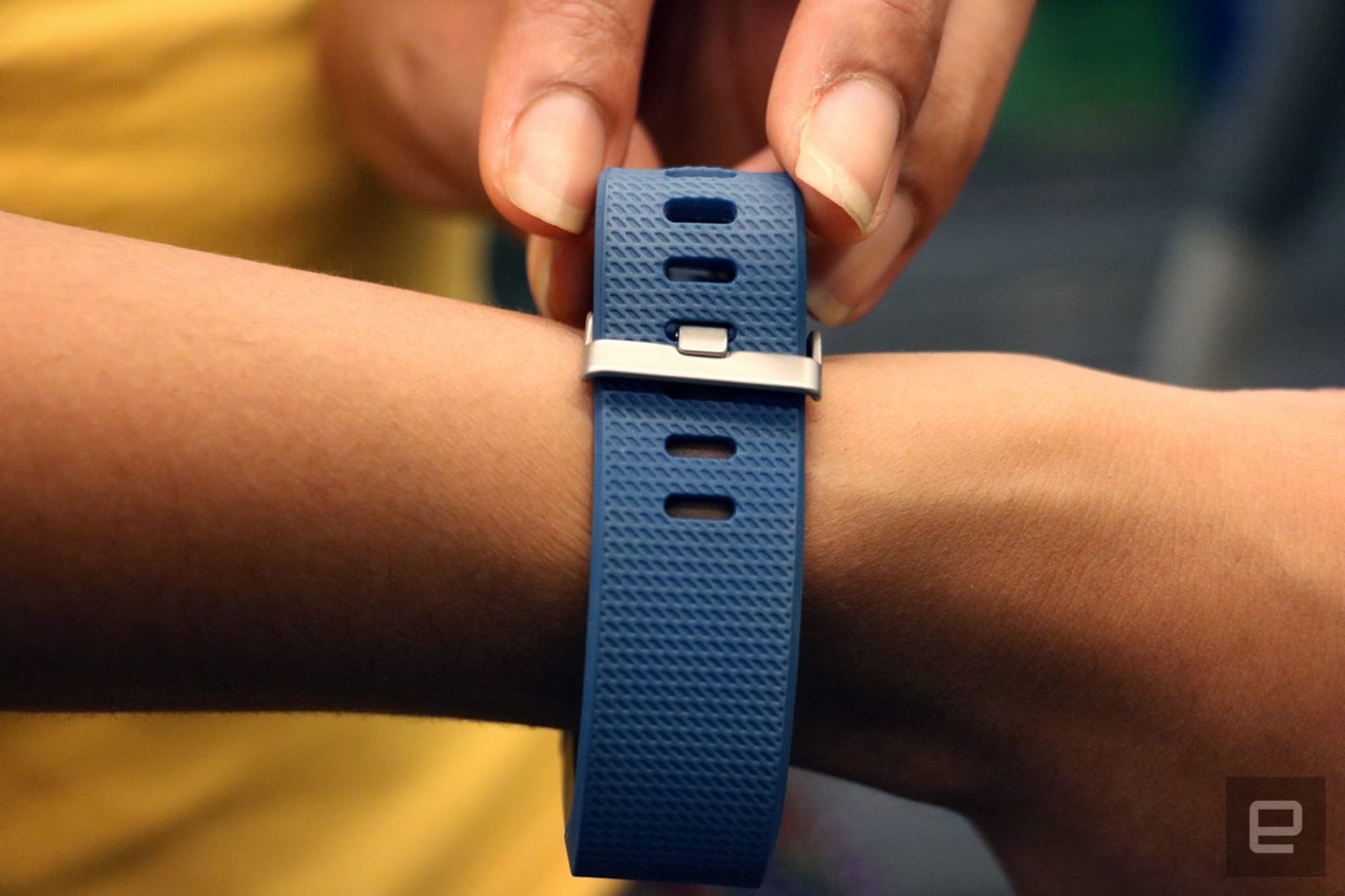 At first glance, the biggest change you'll notice between the Charge 2 and the Charge HR is the display. Instead of a thin rectangular strip, the screen is four times larger and spans the length of the band. This extra space allows for more information to be displayed, meaning you don't have to do quite as much scrolling.

Another difference between the Charge 2 and its predecessor is the newer model's interchangeable bands. You can now swap out the strap for a better-looking one, which you'll want to do because the new colors Fitbit introduced for its classic elastomer straps are still a little too sporty (for my tastes, anyway). The leather versions look much better, and it's nice to finally have the option.

Both Charges are water-resistant enough to withstand "sweat, rain and splashes," according to Fitbit. Just like the Charge HR, the new model has an easy-to-use buckle clasp, a heart-rate monitor on the underside and a physical button on the left side that you press to navigate the interface. You can also interact with the Charge 2 by jabbing the OLED display because it's not technically a touchscreen but uses an accelerometer to tell when you're hitting it. This means you'll need to be quite deliberate when you're poking at your Charge 2 or it won't register your taps. 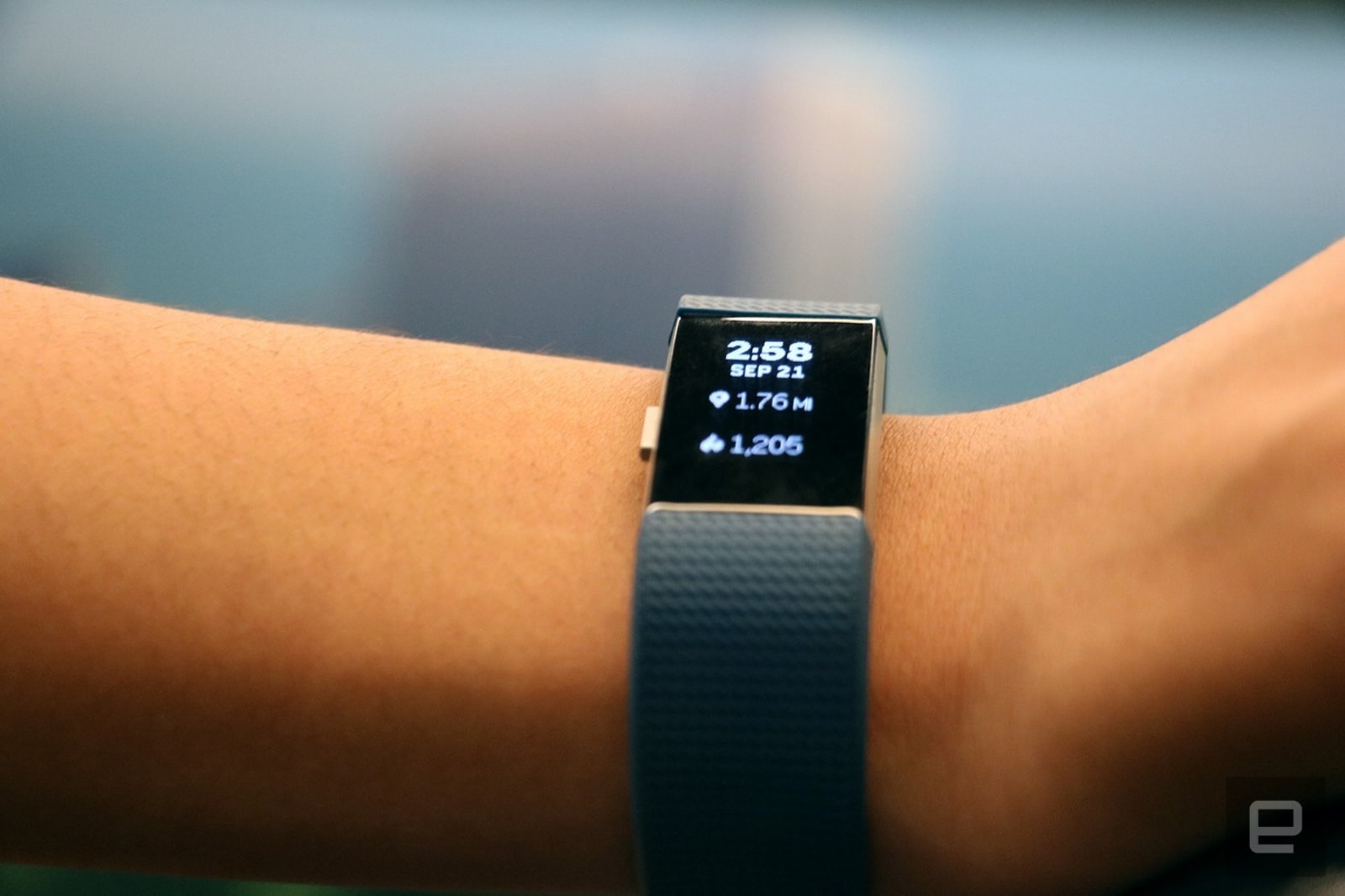 There's something to be said for the Charge 2's design. Even though I don't find it very stylish, it's at least comfortable -- so much so that I hardly noticed it was there. That is, until it came time to dress up for a night out and my unit's sporty blue band undermined the glam look I had picked out. I had to choose, then, whether I wanted to forgo tracking that night's activities or try to hide or match the Charge 2.

In the end, I chose to match my outfit, because removing the Charge 2 for longer than an hour means my steps progress isn't logged. My resting heart rate differed depending on how long I had worn it that day, and because Fitbit now assigns a cardio-fitness Score that shows me how my heart performed against other people of my age and gender, I didn't want to risk falling behind. Plus, I had steps goals to meet!

Speaking of those goals, I felt pleased each time the Charge 2 buzzed me to say I met an hourly achievement, but none of that compared to the pride I felt when Fitbit's app told me I had conquered 10 flights of stairs that day. The alert popped up on my phone and was easy enough to share to my Twitter feed for me to brag to my followers. None of these features are new, but they keep me wanting to put on the device every morning.

What is new is the Charge 2's ability to autodetect common activities such as walking, running, bike riding and treadmill exercise after 15 minutes in each. Another big plus for runners is the GPS Connect feature, which harnesses your phone's GPS radio to monitor your distance traveled and give you an accurate pace reading. This does mean you'll have to take your phone with you on your run, though, and as we found on the original Apple Watch, this method doesn't guarantee accurate distance tracking. Fitbit's app remains largely unchanged (from the May preview) since the company's Alta tracker came out earlier this year and still displays your day's progress in an easy-to-understand layout. In one page, you'll see your step count so far, floors climbed, distance traveled, calories burned and time spent being active. Tap on any of these indicators and you can delve into greater detail about that particular stat. I most frequently studied my sleep and heart data, but I also really liked being able to easily log the cups of water I had drunk that day.

Food logging is also pretty full-featured -- you can scan a product barcode, search for common items, create custom entries or input a specific calorie amount. The database had most major brand names, too. I tried to enter my linguine alfredo dinner and found options from Red Lobster, Progresso and Mike's Restaurants, but not the corner deli I got it from, though that's not surprising. Fortunately, there were far more brands and options available for generic items such as bread and bananas.

A new feature in the app is Fitbit Adventures, which lets you challenge yourself (as opposed to, you know, other actual people) to meet fitness goals without getting bored. Adventures takes you on specific paths tailored for places such as New York or Yosemite. For instance, the Yosemite Vernal Falls adventure takes you through a 15,000-step route that goes past scenic waterfalls. That's quite a cool way to mix up your workout, although I can't see it working everywhere. (I wouldn't want to go on a solo Adventure in a sketchy neighborhood.)

I sleep way more than I exercise, and happily, the Charge 2 is still useful to a sloth like me. I'm obsessed with knowing how well I slept, and the Charge 2 is certainly a blessing in that regard. Every morning, I'd wake up and open up the Fitbit app to get a summary of my slumber, and the tracker was mostly accurate in logging my restless or awake moments. Once, during my week of testing, it incorrectly recorded a period of time I remembered being awake as just restlessness, but errors like that were few.

The Charge 2 made some mistakes in noting my steps as well, saying I completed my required hourly 250 steps when I took only about 100 or so paces. Still, the sensors were accurate overall -- the heart-rate monitor, in particular, matched my own finger-to-jugular reading almost exactly -- and provided a good frame of reference for analyzing patterns in my health. 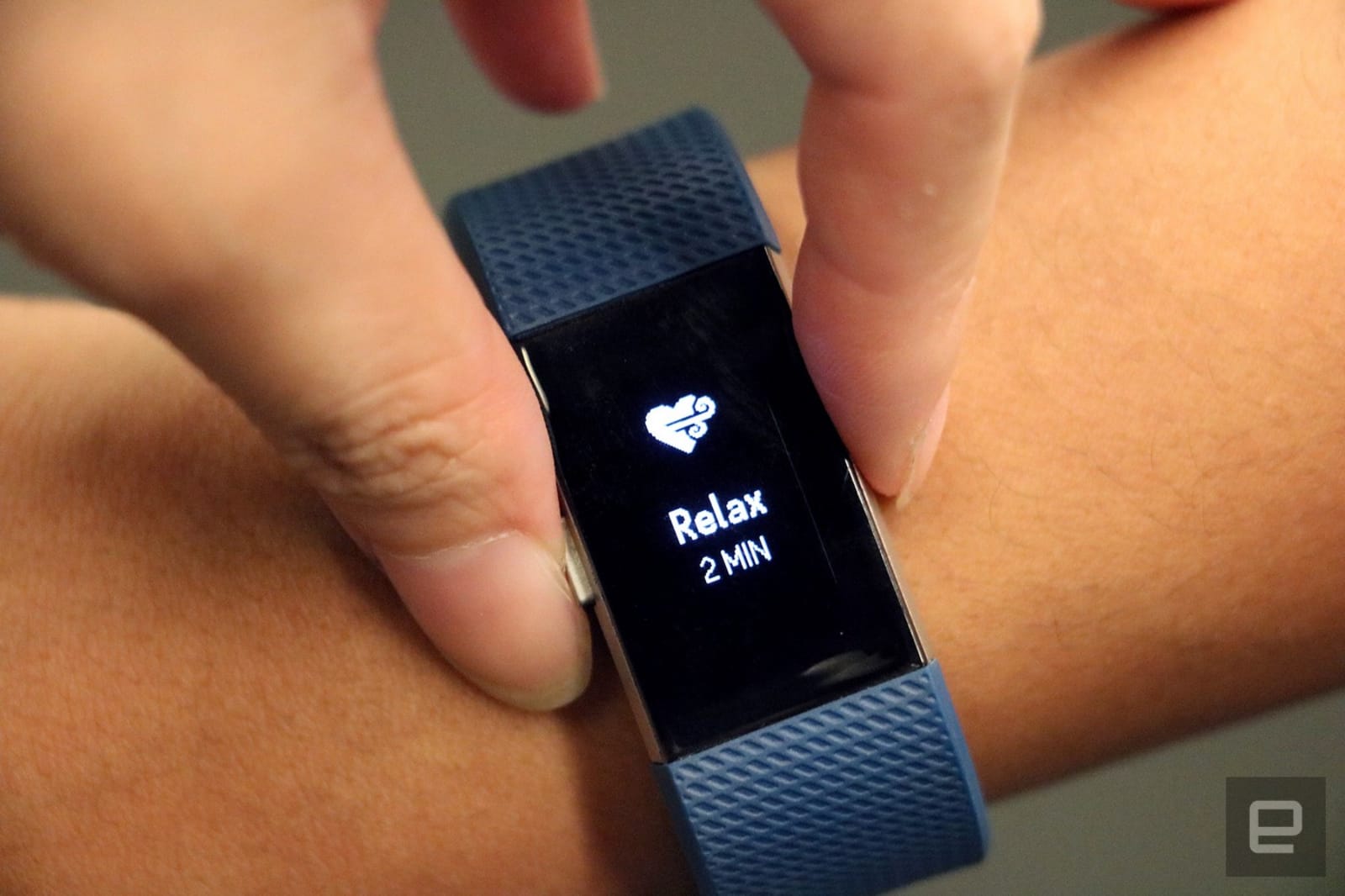 Wellness isn't all about working out, and Fitbit's new guided-breathing mode is a nod to the importance of relaxing. The feature lets you start a two-minute or five-minute meditation session, during which the device's heart-rate monitor studies your pulse and coaches you to inhale and exhale at a rate that will help you "find moments of calm."

Most of the time, I found these deep-breathing exercises somewhat difficult to follow. You'll have to look at a ring on your Fitbit's screen and breathe in when the circle expands, and out when it contracts. To see the display, I had to either hold up my hand (which became supertiring after a minute, not to mention two or five) or rest my wrist on a table or in my lap and crane my neck to see it. Either method caused me more distress than calm, and I ultimately gave up and decided to breathe to my own tune instead. This implementation is similar to the Breathe app that Apple just introduced in WatchOS 3, which also has you follow an onscreen animation to regulate your heart rate. Apple gives you more control over your desired session duration and breathing rate than Fitbit does, though.

When you're not working out or trying to relax, the Charge 2 is still a decent companion, delivering your message, call or calendar alerts to your wrist with a buzz. Thanks to the larger display, you won't have to wait as long to see the full preview of your notification. You can also now pick from seven watch faces that can display stats on your steps progress and heart rate in addition to the time, which is handy for someone like me who always needs to know how their ticker is doing.

As of this writing, the Charge 2 has endured about six days of activity, with its battery going from a full 100 percent to just below 50 percent. That's pretty impressive and longer than Fitbit's rated runtime of five days. 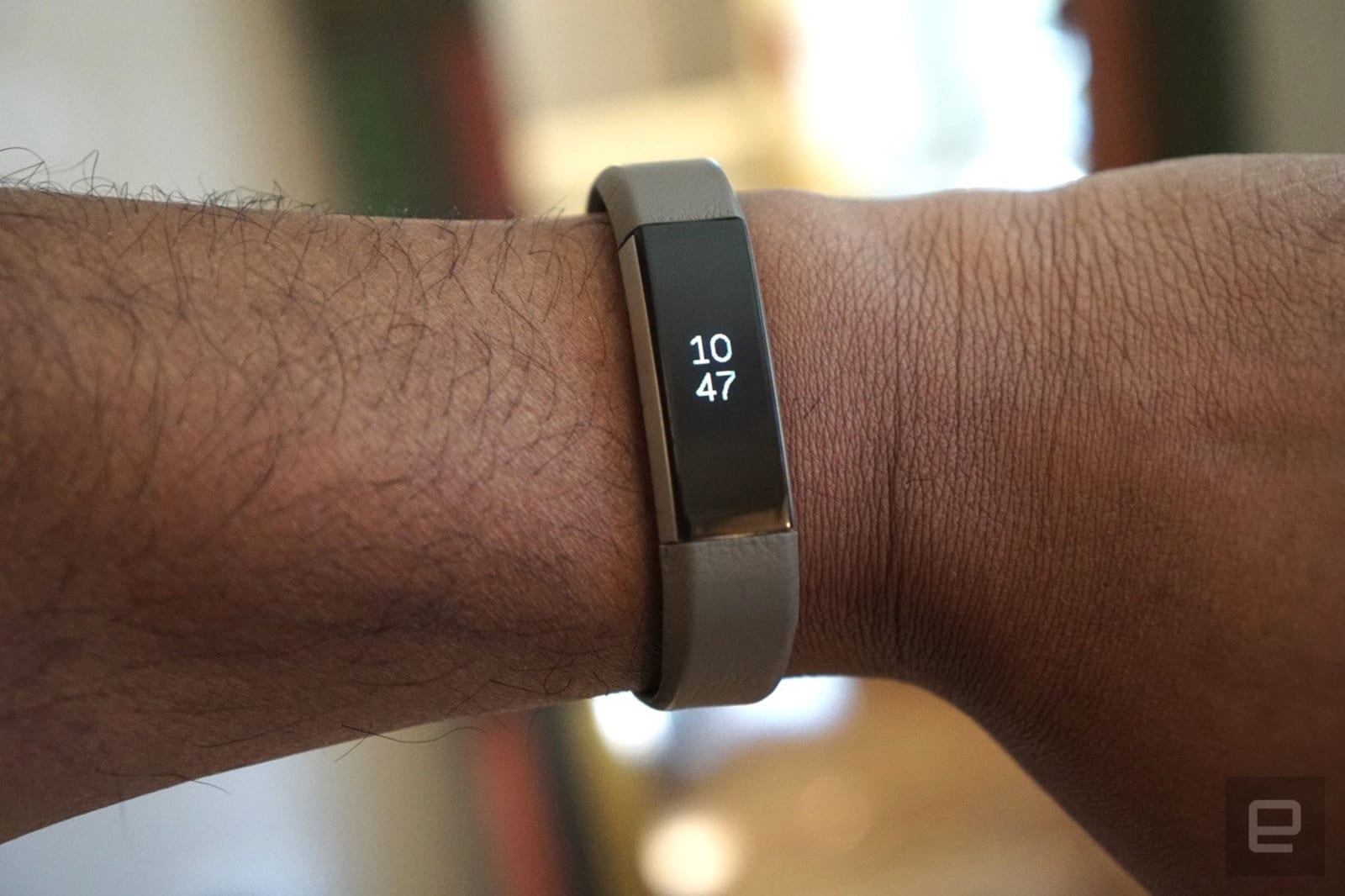 For what it does, and for the price, the Charge 2 doesn't really have much competition. Its closest rival is the Garmin Vivosmart HR+, which costs $70 more, is swim-proof and has built-in GPS so you won't have to lug your phone along on your runs. The Vivosmart will also continuously track your pulse. Jawbone's Up 4 costs the same as the Charge 2, and also has constant heart-rate monitoring, along with a longer-rated battery life. But it doesn't have a display.

Fitness rookies like myself may prefer Fitbit's Alta tracker, which is more stylish and costs $20 less. Just keep in mind that the Alta won't monitor your heart rate. If you want a more smartwatch-like experience but want to remain within the Fitbit family, the odd-looking Blaze may be more your speed, because it lets you control your music and interact with notifications (albeit in a limited way). The Blaze does cost $50 more than the Charge 2, though that won't necessarily be a deal-breaker. 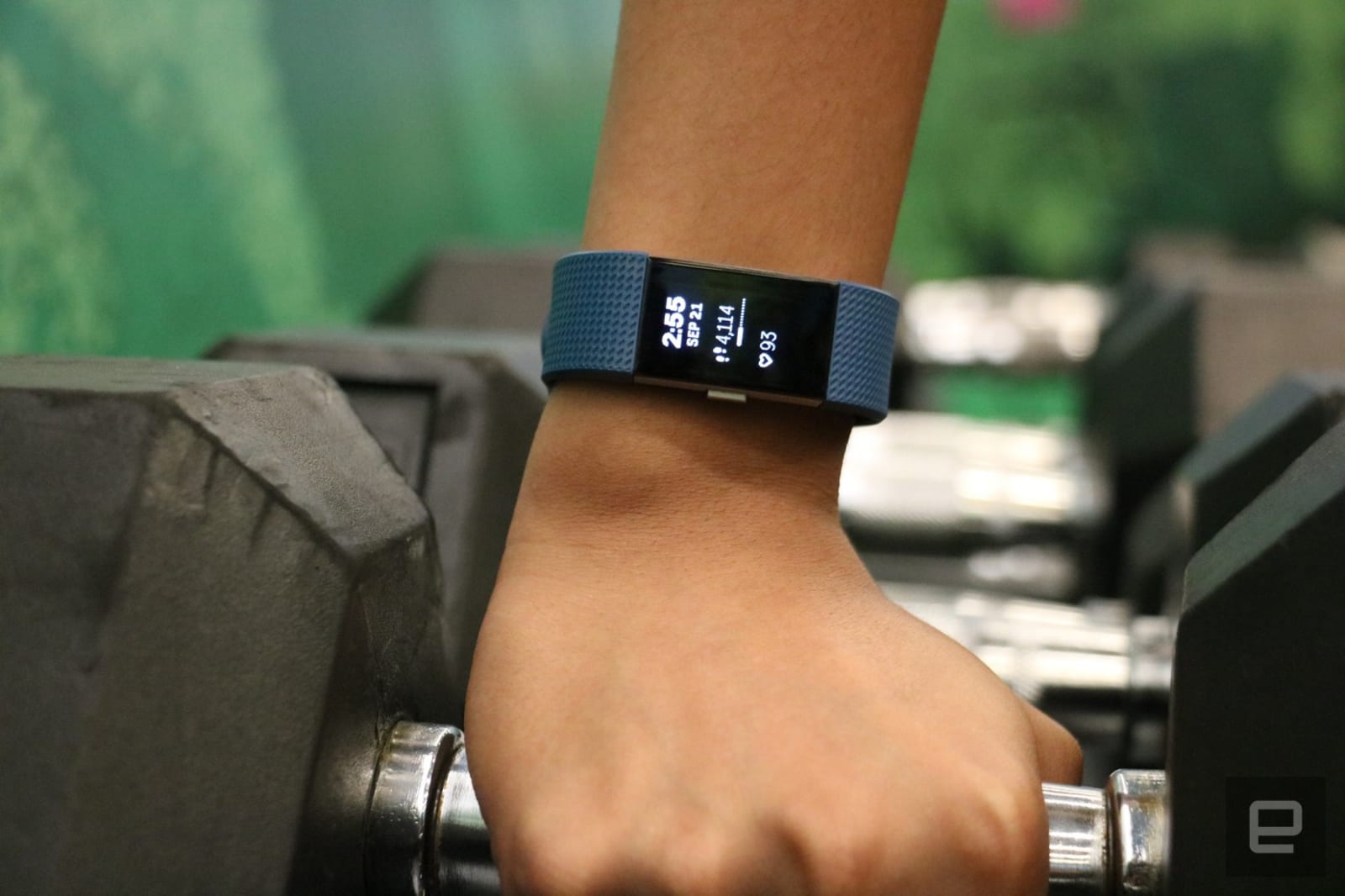 Fitbit's Charge line was in serious need of an update, and it finally has a decent offering in the Charge 2. The new heart-rate and activity tracker brings important tools such as auto exercise tracking and GPS connectivity, which are good enough that I can forgive the poorly implemented meditation feature. Plus, a bigger screen and interchangeable bands make the Charge 2 look better than its predecessor, even if it could still be more stylish. Overall, the improvements will help Fitbit better take on its rivals and secure the Charge 2's place as the leader in its price range.

In this article: fitbit, FitbitCharge2, gadgetry, gadgets, gear, personal computing, personalcomputing, review, uk-reviews, wearables
All products recommended by Engadget are selected by our editorial team, independent of our parent company. Some of our stories include affiliate links. If you buy something through one of these links, we may earn an affiliate commission.