In the past year alone, Sony launched three major E-mount cameras: the full-frame A7S II and A7R II, along with the A6300 -- all impressive mirrorless models. So you might think it was losing interest in its A-mount single-lens translucent (SLT) series, having just launched one, the entry-level A68, late last year. At Photokina, however, Sony unveiled the Alpha A99 II, the long-awaited successor to its flagship A99 model.

We got our hands on one at the camera show in Cologne, and it's a pretty nice combination of speed and resolution: 42.4 megapixels at a 12 fps RAW shooting speed with continuous AF and exposure. To get that kind of performance, Sony incorporated its hybrid 4D Focus tech with 79 dedicated phase detection points and 399 focal-plane phase detection points. It's also got a max 102,400 ISO and new 5-axis stabilization system, so shooting in low light won't be an issue. 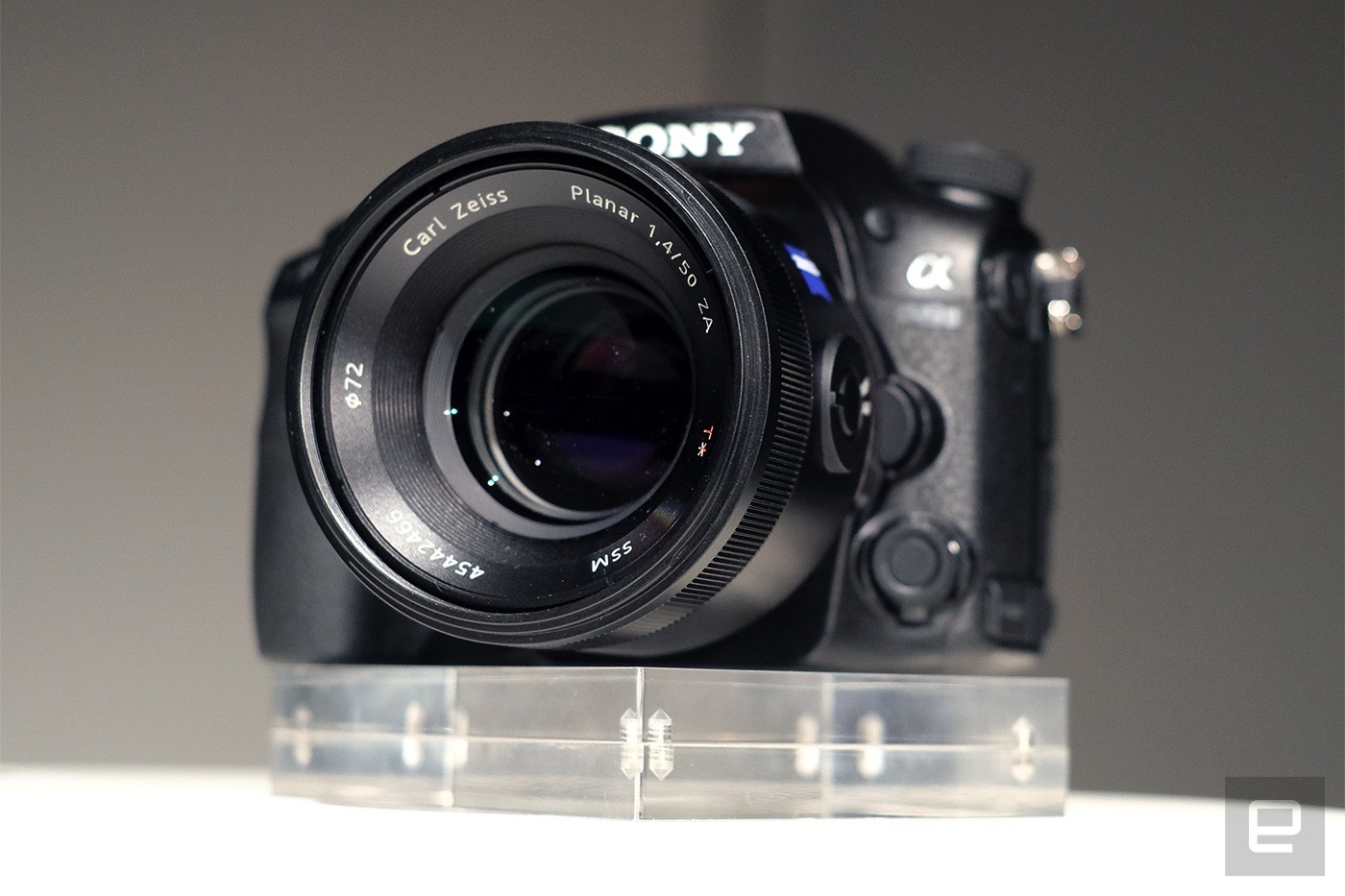 The A99 II is also well suited for video, allowing full-frame 4K recording at 30 fps max. If you use it in crop-frame, "super-35" mode (at a 15-megapixel still resolution), it can do 4K with a full sensor readout, 1.8x oversampling and no pixel binning. If 1080p is OK, you can shoot at 120 fps for optimal slow-mo. Like other Sony models, it uses the XAVC S format to capture video at up to 100 Mbps.

A show floor isn't an ideal place to try out a camera, but we did get a feel for the handling. The camera is smaller and lighter than the original, so with the new grip, it's easy to heft. Like the original A99, it doesn't have an optical viewfinder -- the translucent mirror is used only for focusing. However, the XGA, 2.36-million-dot OLED electronic viewfinder is bright and sharp and allows up to 10x magnification to nail manual focus.

You can shoot at up to 8 fps with live view activated. Based on an informal try, the 12 fps burst speed, meanwhile, seems to work as advertised, and it could sustain that rate for several seconds -- not bad considering that each 42.4-megapixel RAW file is as large as 50MB. All told, this camera should be a worthy flagship for Sony's A-mount series -- we'll know more when we get a look at it later this year.

In this article: A99II, AlphaA99II, cameras, FirstLook, full-frame, gear, Photokina, Photokina2016, SLT, sony, SonyA99II, video
All products recommended by Engadget are selected by our editorial team, independent of our parent company. Some of our stories include affiliate links. If you buy something through one of these links, we may earn an affiliate commission.