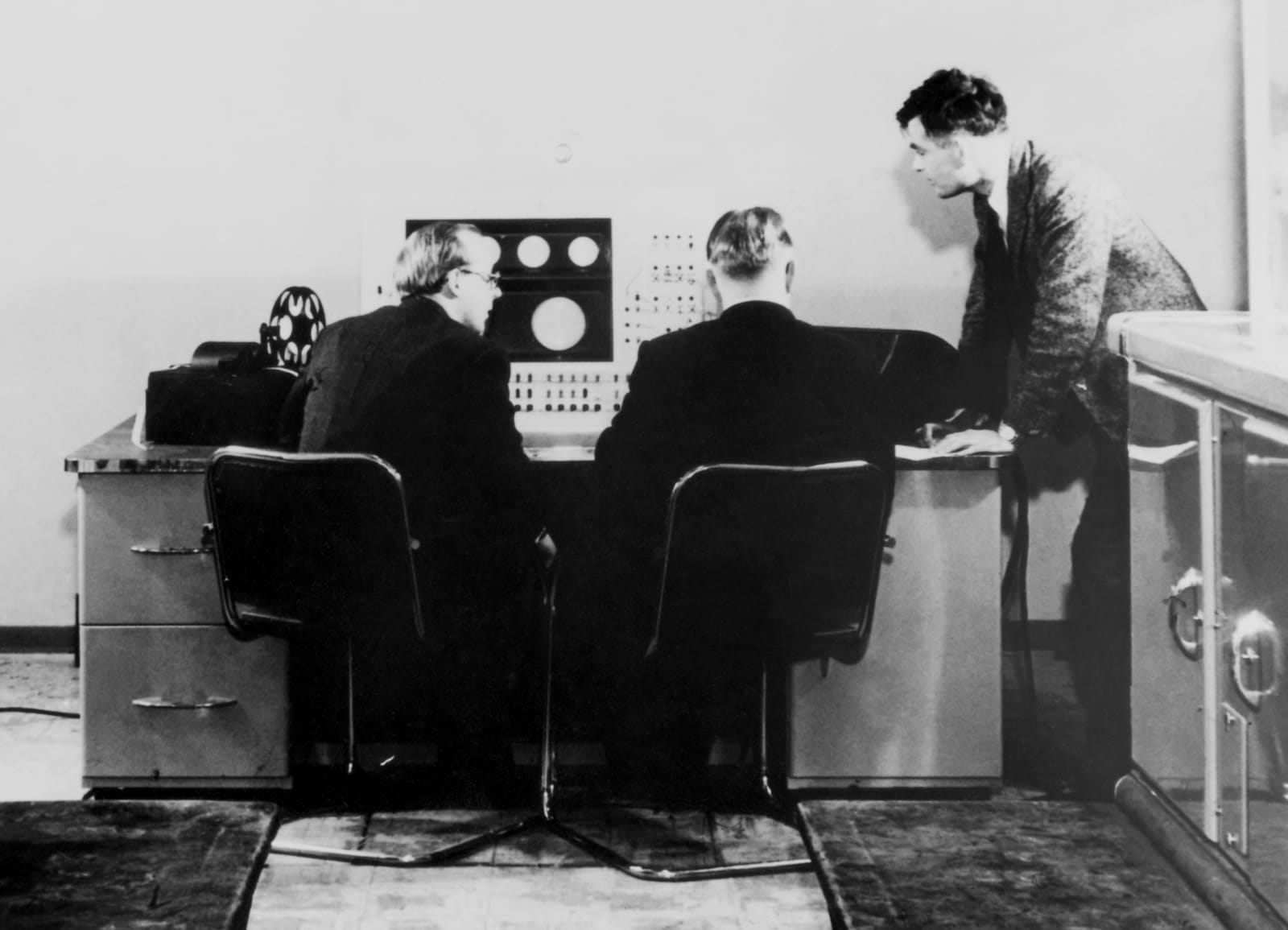 Alan Turing is known for a few small achievements, like helping end World War II, laying the groundwork for modern computers and developing the "Turing test" for machine intelligence. You may not be aware, however, that he paved the way for synthesizers and electronica by inventing the first computer-generated musical tones. A pair of researchers from the University of Cantebury have now restored the first-ever recording made from Turing's "synthesizer."

Turing figured that if he rapidly played clicking sounds at set intervals, the listener would here them as distinct tones corresponding to musical notes. For instance, playing the click on every fourth cycle of a computers' CPU produces a "C" tone, exactly like a modern synthesizer. He tested that theory on his Manchester Mark I, one of the world's first programmable computers. Instead of making music, he used the tones to indicate computing operations like completed tasks and memory overflow errors (meaning he also invented notification sounds).

Turing knew that he could program songs on his "synth," but had no interest in doing it. Luckily, talented programmer and musician Christopher Strachey got his hands on the Manchester Mark II's operating guide, which was, by the way, the world's first computer manual. Using that, he coded God Save the Queen, the longest program ever at the time. The next morning, he played it back to surprised onlookers at the lab, including Turing, who was uncharacteristically thrilled, saying "good show."

The BBC recorded it later in 1951, along with two other songs: Baa Baa Black Sheep and Glenn Miller's In the Mood. However, the researchers found that the notes had shifted in pitch because of the crude recording equipment used. The key to correcting it, as it turned out, was in the pitches that the computer couldn't play. For instance, rather than playing a true G at 196 Hz, it could only do a decidedly sharp 198.41 Hz.

Knowing that, the team adjusted the playback to match those frequencies. They also filtered out noises and used pitch-correction software to edit out the fluctuating "wobble" in the recording. The result is a clean version of the synthesizer, which sounds like a cross between a viola and electronic bagpipes. While the music isn't great, it is a small way to "hear" the genius of Turing. Like Nikola Tesla, he was far too big for his time and suffered greatly for it, committing suicide at the age of 41.

Via: The Guardian
Source: Sound and Vision Blog
In this article: AlanTuring, art, av, culture, ElectronicMusic, GodSaveTheQueen, MarkII, music, recording, restoration, science, Synthesizer, TL19TEST, Turing
All products recommended by Engadget are selected by our editorial team, independent of our parent company. Some of our stories include affiliate links. If you buy something through one of these links, we may earn an affiliate commission.