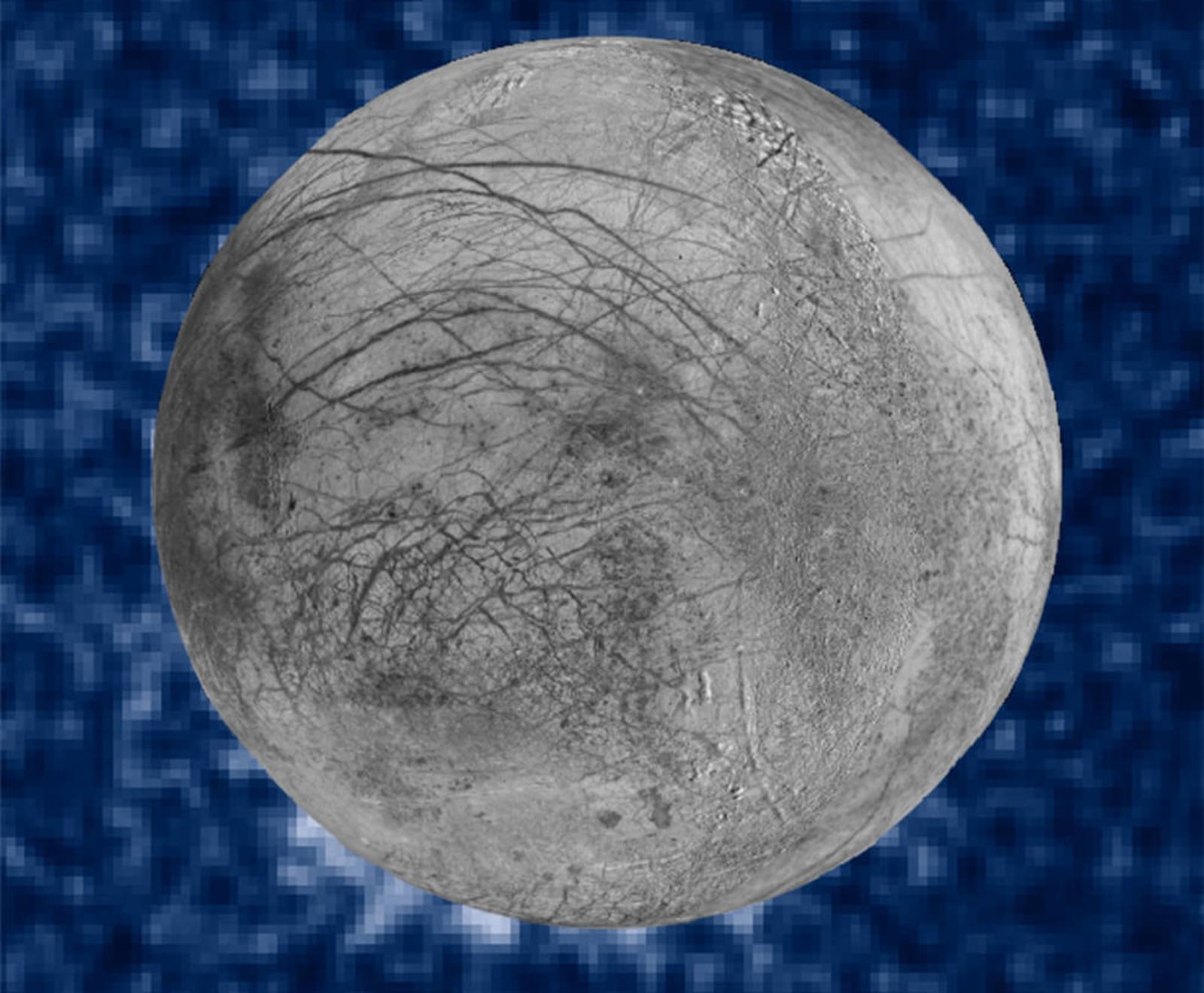 Hubble's extended mission continues to pay off: NASA announced today that a team of astronomers using the space telescope have spotted what appear to be plumes of high-altitude water vapor spewing from the icy surface of Jupiter's moon Europa. Researchers have long believed that Europa holds a global ocean beneath a thick, potentially miles-deep, layer of ice, but the new observation indicated it could be possible to sample the ocean without landing or drilling on the moon itself.

"Europa's ocean is considered to be one of the most promising places that could potentially harbor life in the solar system," Geoff Yoder, the acting associate administrator for NASA's Science Mission Directorate said in a statement. "These plumes, if they do indeed exist, may provide another way to sample Europa's subsurface."

According to NASA, the plumes are estimated to be around 125 miles (200 kilometers) high and were spotted by William Sparks of the Space Telescope Science Institute (STScI) in Baltimore as his team was looking for an extended atmosphere around Europa. In 10 different images taken over 15 months, Sparks' team saw evidence of plumes in three of them.

In 2012, a team of researchers in San Antonio also detected evidence of vapor plumes on Europa using the Hubble Space Telescope's spectrograph, but used a different method to arrive at the same conclusion. While the size and location of the plumes seem to match between the two observations, NASA isn't ready to confirm that the observed phenomenon are jets of water vapor.

However, the agency is already plotting out new missions to study the phenomenon. When it launches in 2018, NASA plans to use infrared camera on the James Webb Space Telescope to confirm the vapor activity. Looking even further into the future, NASA is mulling a plan to send a payload to Europa that could confirm and study the plumes from a much closer distance.

Source: NASA
In this article: ESA, europa, hubble, HubbleSpaceTelescope, JamesWebbSpaceTelescope, NASA, science, space
All products recommended by Engadget are selected by our editorial team, independent of our parent company. Some of our stories include affiliate links. If you buy something through one of these links, we may earn an affiliate commission.