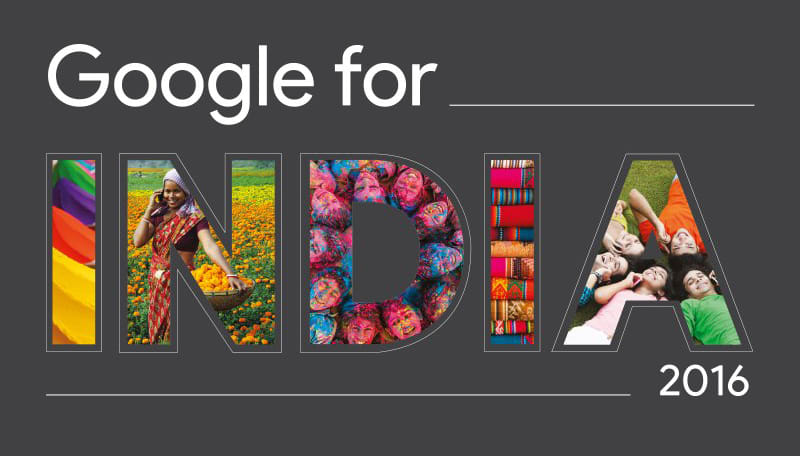 At an event in New Delhi, India, Google laid out plans to better serve users in the country. These efforts broadly focus on two areas: data usage and language support.

The company highlighted the work it has done so far to reduce the need for high-speed data. Rahul Ro-Chowdhury, Google's VP of Chrome, said Indian users save 337TB of data every week thanks to Chrome's data saver feature. It's recently updated data saver to also reduce the size of videos by as much as two thirds.

But the best way to save data, obviously, is to negate the need to use it at all. Features like Google Maps offline, now popular around the world, were tailor made for India and other developing markets. The new Chrome for Android update will offer the ability to download entire webpages, and a wide range of video and music files, for consumption offline.

YouTube is one of the biggest bandwidth hogs across the world, and Google today announced an expansion of the video portal's offline feature set for India. YouTube Go is a new app that allows users fine control of video downloads. The application offers a broad range of options for video quality and download time. It even allows for local sharing that won't cost users a penny, via Bluetooth. It's been designed to use as little data as possible, and also to work well in areas with unstable connections -- downloads won't fail if your connectivity drops; they'll just pause until you get back online.

Google has been working hard to provide free internet access in the country. While Facebook has focused on zero-rating certain parts of the internet, Google has been offering WiFi in train stations. A Quartz report found that data speeds at these hotspots were among the best in the country -- topping 40mbps in some cases. 1.5 million Indians had used the service across 19 stations by June, and Google has expanded its reach to a further 33 stations since.

Some 15,000 people are apparently using these hotspots to access the internet for the first time every day. With the initial pilot a success, Google is now announcing an expansion of the initiative, and renaming it "Google Station."

"With Google Station, we aim to bring fast, affordable Wi-Fi to millions of people" - Caesar Sengupta at #GoogleForIndia pic.twitter.com/ElBvJoqFip

Despite the name, Station is set to expand the locations free WiFi is available beyond public transport buildings, as Google is looking to partner with private companies to offer solid WiFi elsewhere. The Verge explained that cafés, malls and other locations with heavy footfall will be able to work with Google to become part of the program. While some may make the hotspots free, Google will also offer the ability for businesses to monetize the hotspots, either through access fees or advertisements. Google is hoping to hit 100 locations by the end of the year through the initiative.

Google's Play Store is also seeing a refresh designed to take advantage of free WiFi points. A new feature will use WiFi connections to pre-load the parts of the storefront that are most popular with other users. The pre-load will allow those on 2G connections to browse for new applications with fewer waits. Once a user decides on an application, they'll be able to choose to delay the download until they connect to WiFi.

In addition to data saving tactics, Google's VP of search John Giannandrea said the company is dedicated to enabling broad language support across India, highlighting that 12 of Google Translate's supported languages are Indic. But while Allo and its Google Assistant are already available in the country, the company's helpful AI currently only communicates in English. That'll change by the end of year, as support for Hindi -- the most-spoken Indic language -- will arrive in the coming months.

Amit Fulay announces that #GoogleAllo was available first in India and, the Hindi Assistant is coming soon. #GoogleForIndia pic.twitter.com/qlUhk2TH3k

Choosing Hindi as the second language for its Assistant highlights the importance of India to Google. The country is likely to surpass China as the world's most populous nation within the next decade. Unlike China, which is dominated by homegrown services, Google has managed to make solid inroads in India already. Caesar Sengupta, Google's VP for the next billion users, leads a team based in Singapore that's focused on delivering products and services to Southern and Southeast Asia.

While the focus at the New Delhi event was (obviously) India, many of the features announced will make their way to other countries in the region. "Every second three Indians come online and we have to ensure that the experience is wonderful and relevant for them," Sengupta said, according to the Indian Express, "But the next billion is very different from the first billion, and by building products for these users, [we are] preparing for how the world will use tech in the coming years."

Source: Indian Express, The Verge, Google India
In this article: 2g, 3g, connectivity, gear, google, googleindia, googlestation, hindi, india, internet, offline, youtubego
All products recommended by Engadget are selected by our editorial team, independent of our parent company. Some of our stories include affiliate links. If you buy something through one of these links, we may earn an affiliate commission.