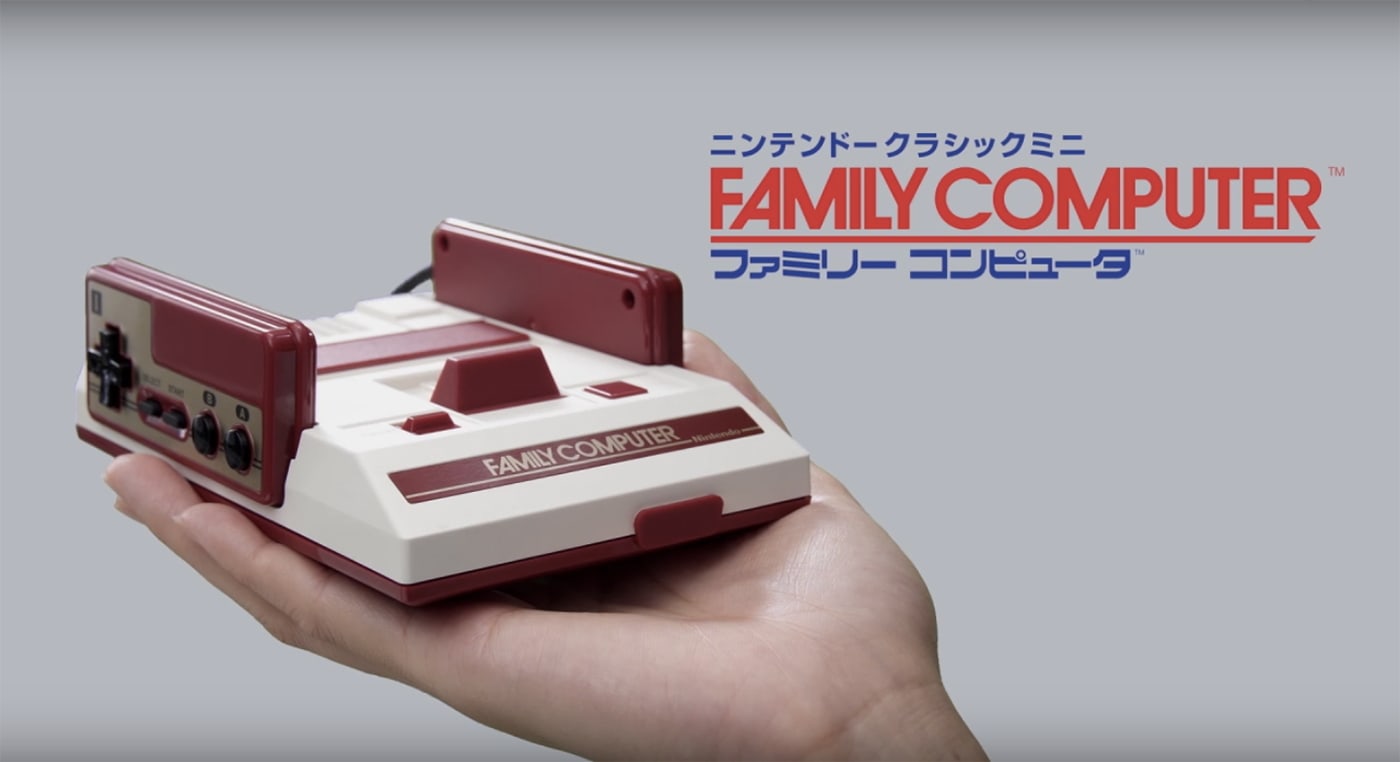 Nintendo fans in its home country are getting their own teensy retro console, as well. Today, Mario's creator has revealed the mini Famicom, a shrunken version of the original NES the company released in Japan. Just like the mini NES for the west, the Famicom mini fits in the palm of your hand and plugs into your TV via HDMI. It comes with two wired controllers instead of one, but the bad news is that it follows in the footsteps of the New 3DS -- it doesn't have a bundled AC adapter. You'll have to buy that one separately.

It will also be preloaded with 30 games, some of which like Final Fantasy III aren't on the mini NES. They are, however, in Japanese, so you may want to brush up on your Nihongo before grabbing the console. It also looks like you can have four saves per game, which is a huge plus if you live with another Nintendo fan. The mini Famicom will be available on November 10th, a day before the mini NES comes out in west, for $59. You'll have to shell out an extra $10 more for the AC adapter, though, not to mention the shipping fee if you're importing it from another country.

Here's the tiny console's full game list (we updated to reflect that it has two Downtown games):

Via: IGN
Source: Nintendo (1), (2)
In this article: Famicom, famicommini, gadgetry, gadgets, gaming, japan, NES, nesclassic, NESClassicEdition, nintendo, TL16RETROGAM
All products recommended by Engadget are selected by our editorial team, independent of our parent company. Some of our stories include affiliate links. If you buy something through one of these links, we may earn an affiliate commission.