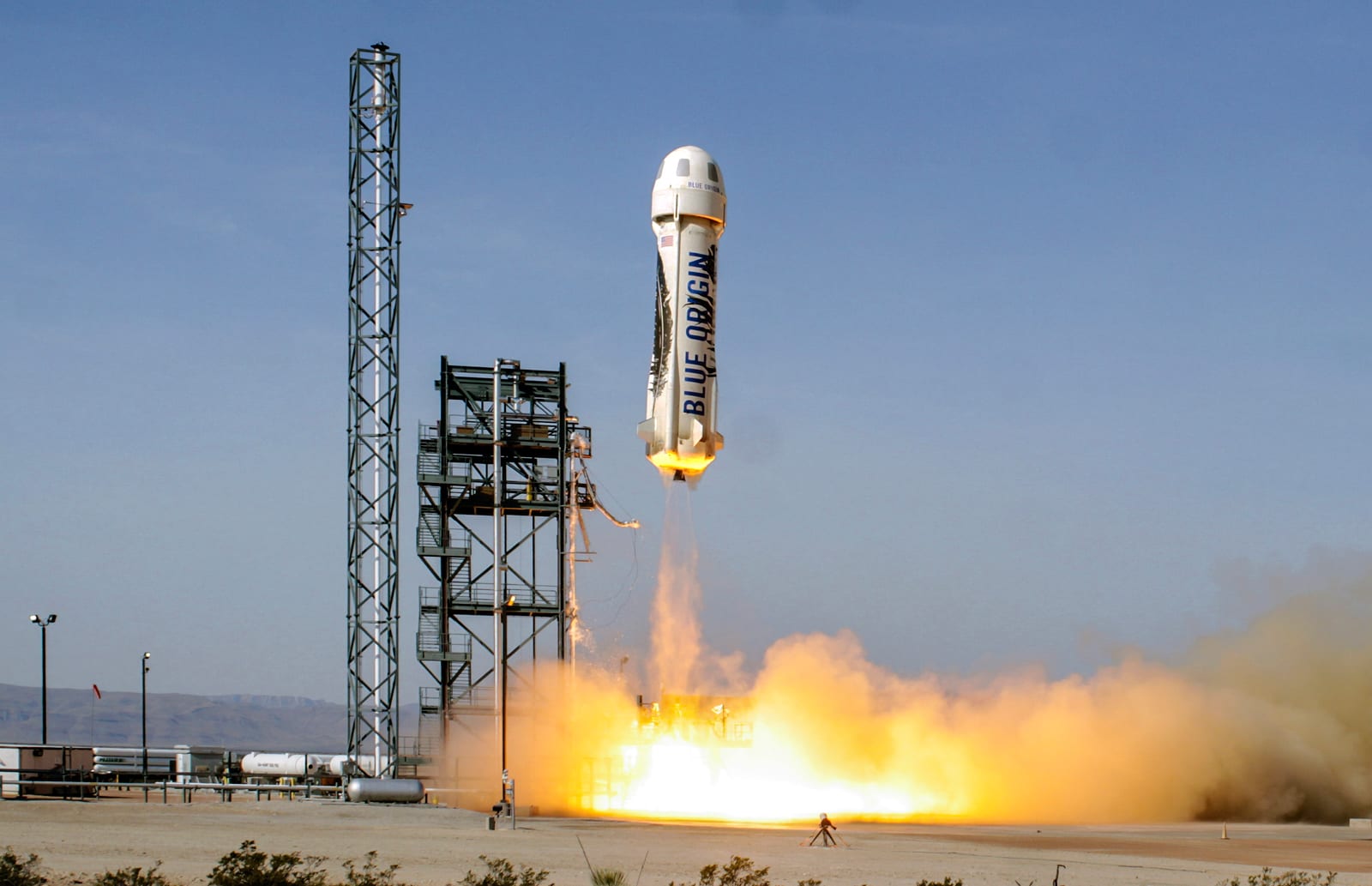 Blue Origin is about to take an important step toward its first manned flights. Jeff Bezos and company are planning to test New Shepherd's mid-flight escape system on October 4th, with a live stream beginning at 10:50AM Eastern. The firm promises that it will be "dramatic," and that may not just be hyperbole. When the crew capsule fires its rocket to make a getaway, there's a chance that it could damage the booster and prevent it from landing. That's not a problem in a real emergency, but unfortunate if you're hoping that this New Shepherd (which has flown four times before) will live to fly another day. This could be either wonderfully uneventful, full of explosions or a mixture of both -- you'll just have to watch to find out.

Update: Blue Origin delayed the flight to the 5th due to weather. You can tune in below at 10:45AM Eastern.

Via: The Verge
Source: Blue Origin (Twitter)
In this article: blueorigin, capsule, escape, gear, jeffbezos, rocket, space, test, transportation, video
All products recommended by Engadget are selected by our editorial team, independent of our parent company. Some of our stories include affiliate links. If you buy something through one of these links, we may earn an affiliate commission.