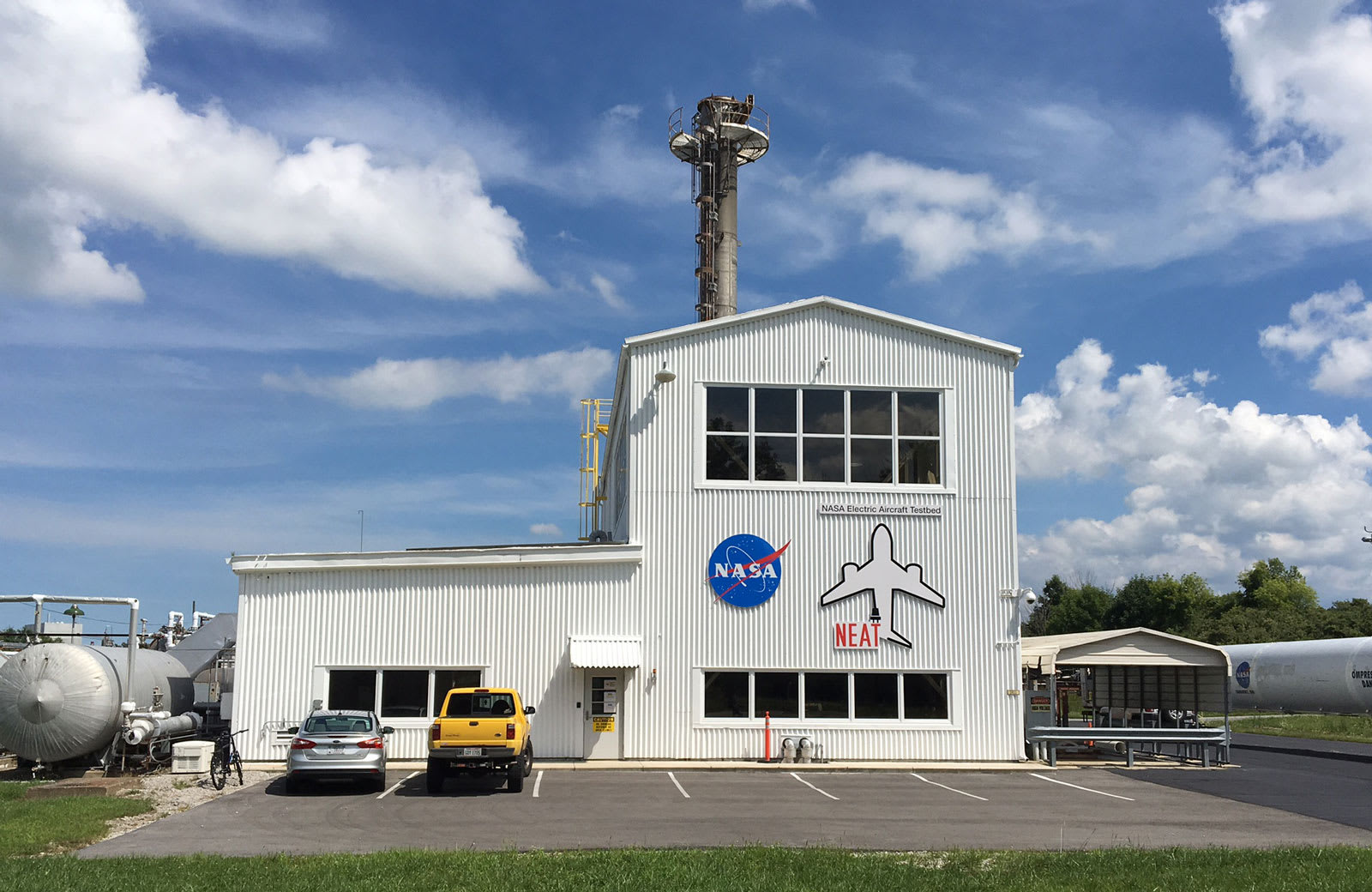 In order to hit its ambitious goal of transitioning aircraft to electric propulsion in the next ten years, NASA has announced a new research wing at the NASA Glenn Research Center's Plum Brook Station in Ohio. Meet NASA's Electric Aircraft Testbed -- or "NEAT" for short -- a new space for NASA Glenn engineers to design, develop and test electric aircraft like the like the GL–10 Greased Lightning VTOL and the LEAPTech wing.

Although it wasn't NASA's inaugural electric flight, NEAT's first test in September used a 600-volt power source to test an electrical system, "that could realistically power a small, one or two person aircraft." The short term goal is to turn NEAT into a flexible testbed that can build and test power systems for even larger passenger aircraft without having to crash anything in the process. The long-term goal, however, is to create a 20-Megawatt power system that will be light, yet powerful enough to actually get off the ground.

"What we're hoping to learn now is how to make it more efficient and light-weight," NASA Glenn's technical lead on Hybrid Gas Electric Propulsion Dr. Rodger Dyson said. "Next year we're going to upgrade the size of these motors -- we'll use the same technology to test the higher-power stuff next."

Source: NASA
In this article: ElectricPlane, green, NASA, NASAglenn, NEAT, science, space
All products recommended by Engadget are selected by our editorial team, independent of our parent company. Some of our stories include affiliate links. If you buy something through one of these links, we may earn an affiliate commission.