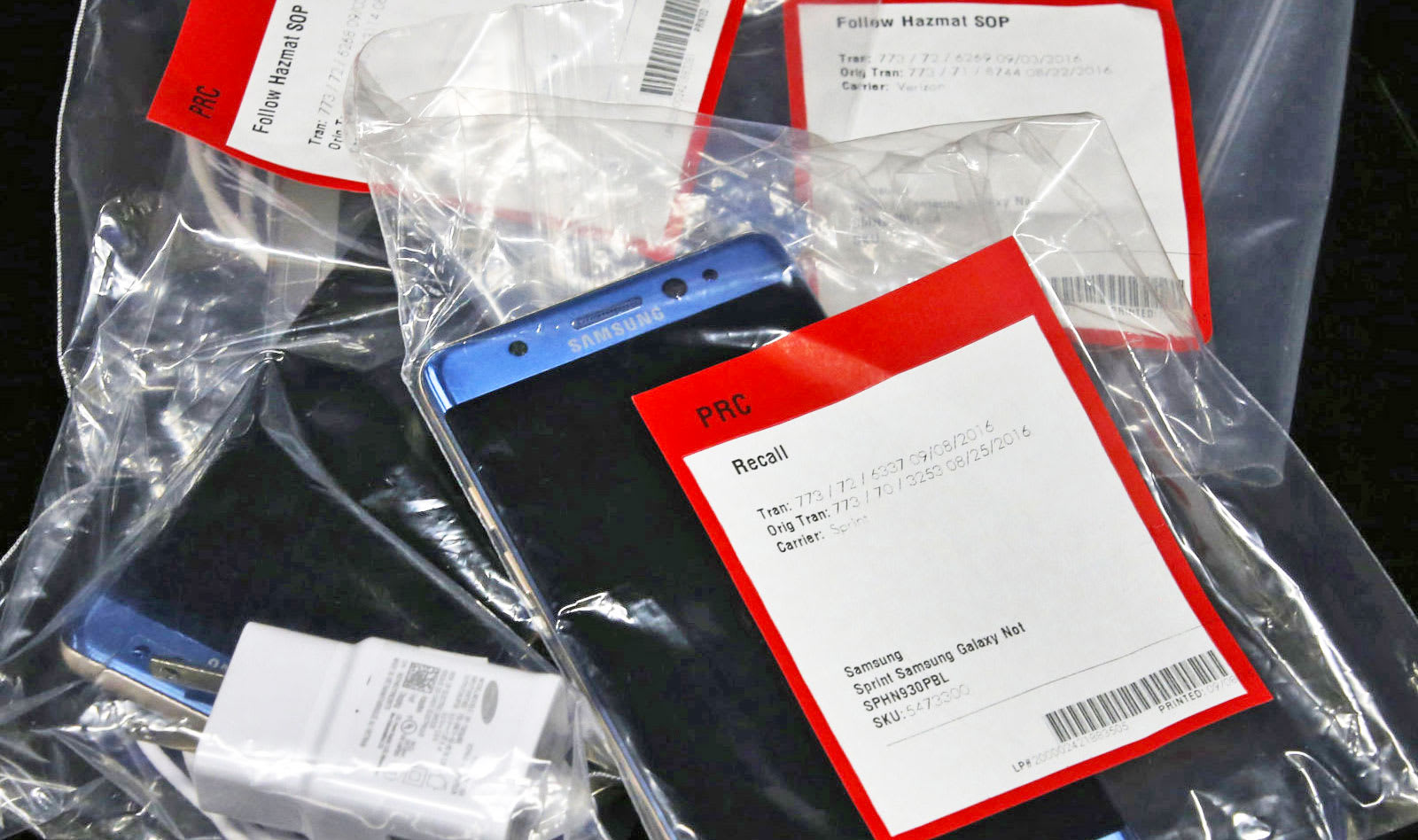 The batteries that power Samsung's smartphones (including that Galaxy Note 7), are tested in a lab that's owned by the company. While it tests to ensure its phone batteries are certified by US wireless industry group the CTIA, Samsung's certified lab is housed inside its own testing facilities, unlike the likes of Apple and Lenovo, which get their tests done at third-party sites. (Update: We reached out to more smartphone makers: LG says it tests its batteries overseas, while Huawei tests both internally and externally.) The CTIA audits these labs to ensure personnel are qualified, that testing complies with standards, as well as checking that there is no undue influence from manufacturers.

Batteries are tested both on their own and while inside a device. The process focuses on how the battery behaves while charging or during calls. According to the direct of the Korea Test Lab (the other CTIA-certified battery testing lab in South Korea), batteries are also put in high temperates to simulate summer heat -- and check for the chances of overheating.

Samsung is still investigating what precisely went wrong with the Note 7. The device used batteries from multiple manufacturers, including Samsung's own SDI arm.

When the company recalled 2.5 million Note 7s with SDI batteries inside, both Samsung and Korea's Agency for Technology and Standards deemed that batteries from another supplier, ATL, didn't suffer the same issue, and replacement Note 7s with ATL batteries were offered. However, phones still went up in smoke after the first wave of recalls.

Talking to the Wall Street Journal, the CTIA's chief technology officer Tom Sawanobori said: "We've certified over 1,500 batteries. This is the first time we've had an issue."

Source: WSJ
In this article: battery, ctia, galaxynote7, gear, mobile, note7, note7recall, samsung, smoke
All products recommended by Engadget are selected by our editorial team, independent of our parent company. Some of our stories include affiliate links. If you buy something through one of these links, we may earn an affiliate commission.