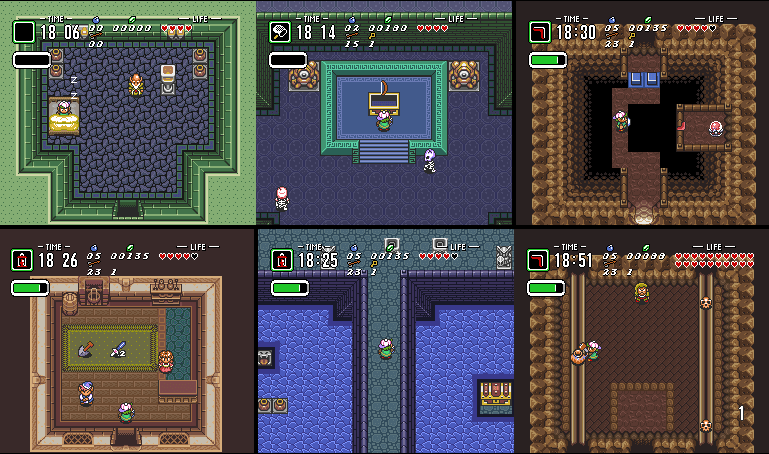 Even the biggest Nintendo fan out there might not be familiar with Satellaview. It was a Japan-only peripheral for the Super Famicon (the country's version of our Super NES) that broadcast games via satellite -- one of which was a remixed version of The Legend of Zelda: A Link to the Past. Now, as reported by Kotaku, fans outside of Japan can give The Legend of Zelda: Ancient Stone Tablets a shot for the first time.

The game was originally only broadcast in Japanese, but you can now download language patches in English, French and German here and try the game out through an emulator for yourself. But getting a working version of the game together took more than just translation. Originally, The Legend of Zelda: Ancient Stone Tablets was broadcast in four one-hour chunks. That's right, the game was broadcast at a specific time once a week for four weeks, and you could only access that particular part of the game at that time.

Making things even more tricky is the fact that each game's broadcast was accompanied by streamed audio that contained voice acting and orchestrated music -- getting that entire four-hour audio broadcast together and in sync was one of the biggest challenges in offering a complete version of this game. Semi-complete ROMS have been offered for a long time, but this seems like the closest we've gotten to a comprehensive vision of the game.

You can download the game now, and this site has way more details about this Nintendo oddity. Anyone who loved Link to the Past (and that's a lot of people, given the game's status as one of the best of the entire series) should give this a shot. For more on Satellaview and the Zelda games that were broadcast over it, check out the video below.

Source: Zelda Legends, Kotaku
In this article: ancientstonetablets, av, emulation, gaming, nintendo, ROM, thelegendofzelda, zelda
All products recommended by Engadget are selected by our editorial team, independent of our parent company. Some of our stories include affiliate links. If you buy something through one of these links, we may earn an affiliate commission.