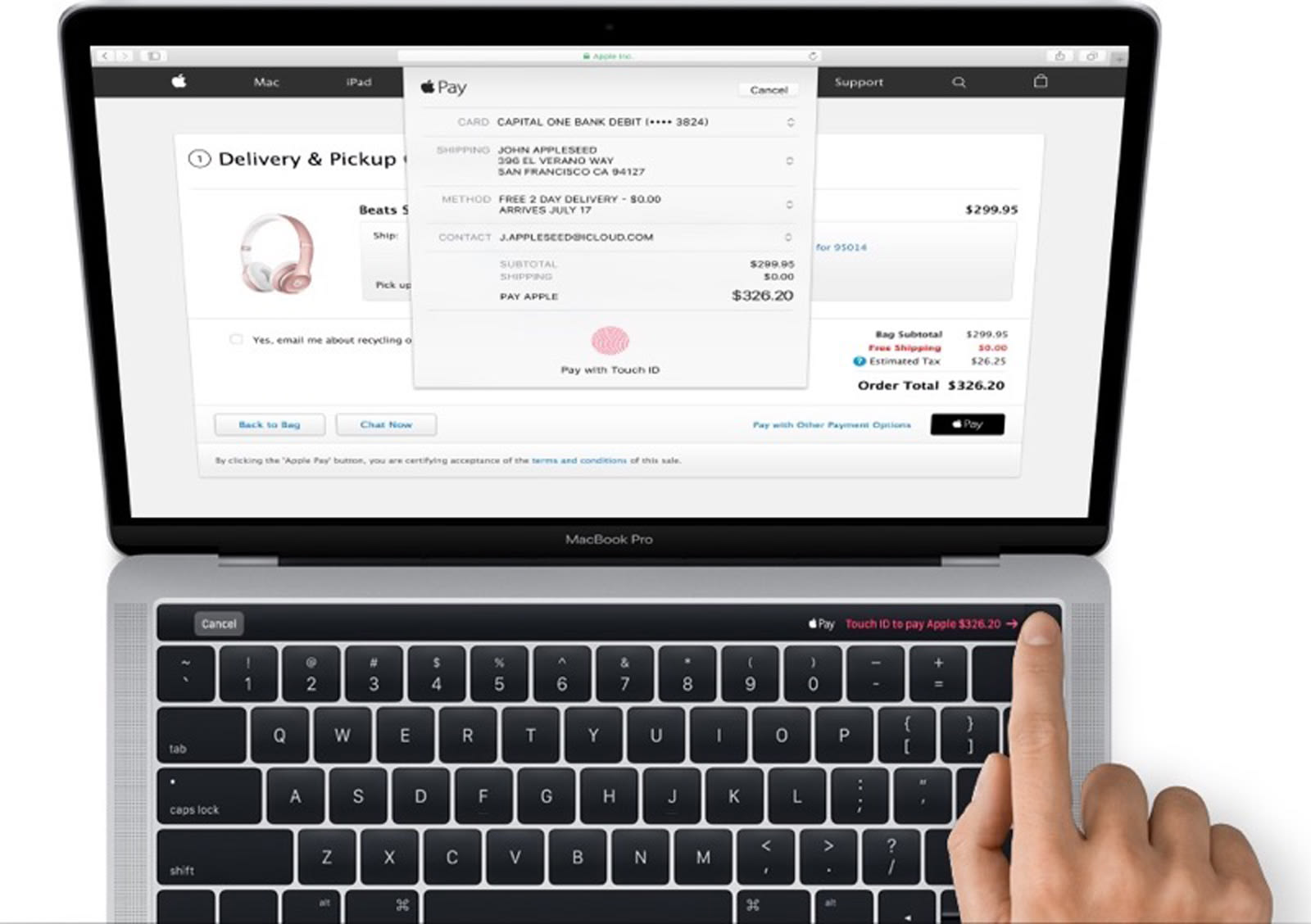 Cat's out of the bag, it seems. Remember that macOS Sierra update that arrived on October 24th? It turns out that the code contains hidden images of the widely rumored next-generation MacBook Pro, and they're revealing enough to confirm more than a few details. Assuming this represents the finished product, you'll get an OLED touch strip (possibly called the Magic Toolbar) with an embedded Touch ID fingerprint reader. Not surprisingly, the reader would be useful for macOS' Apple Pay support -- you'd touch your laptop to quickly check out at a web store instead of authenticating with your iPhone or Apple Watch.

The catch, as you may have noticed, is that the touch strip would eliminate hardware keys that people use regularly. That's a particular concern for the Esc key -- while it's not as vital as it is in other operating systems, it could make life difficult for certain tasks (say, exiting full-screen video mode). Whether or not it's a problem depends on Apple's implementation.

There are a few other design clues in the images as well. It looks like the new Pro will use the same butterfly mechanism keys as the 12-inch MacBook. Like them or hate them, you'll have to get used to them if you're a Mac user. The built-in audio on the 13-inch system may get an upgrade through top-mounted speakers (mirroring what you see on the 15-inch today). And do we see hints of a MacBook-style metal hinge?

The top-down view from the inadvertent leak doesn't reveal other details, such as the expected USB-C ports or the kind of performance you can expect under the hood. When October 27th is just a couple of days away, though, you won't have to wait long to see what else the new laptop has in store.

Source: MacRumors
In this article: apple, computer, fingerprint, fingerprintscanner, gear, laptop, leak, mac, macbookpro, magictoolbar, pc, personal computing, personalcomputing, touchid
All products recommended by Engadget are selected by our editorial team, independent of our parent company. Some of our stories include affiliate links. If you buy something through one of these links, we may earn an affiliate commission.