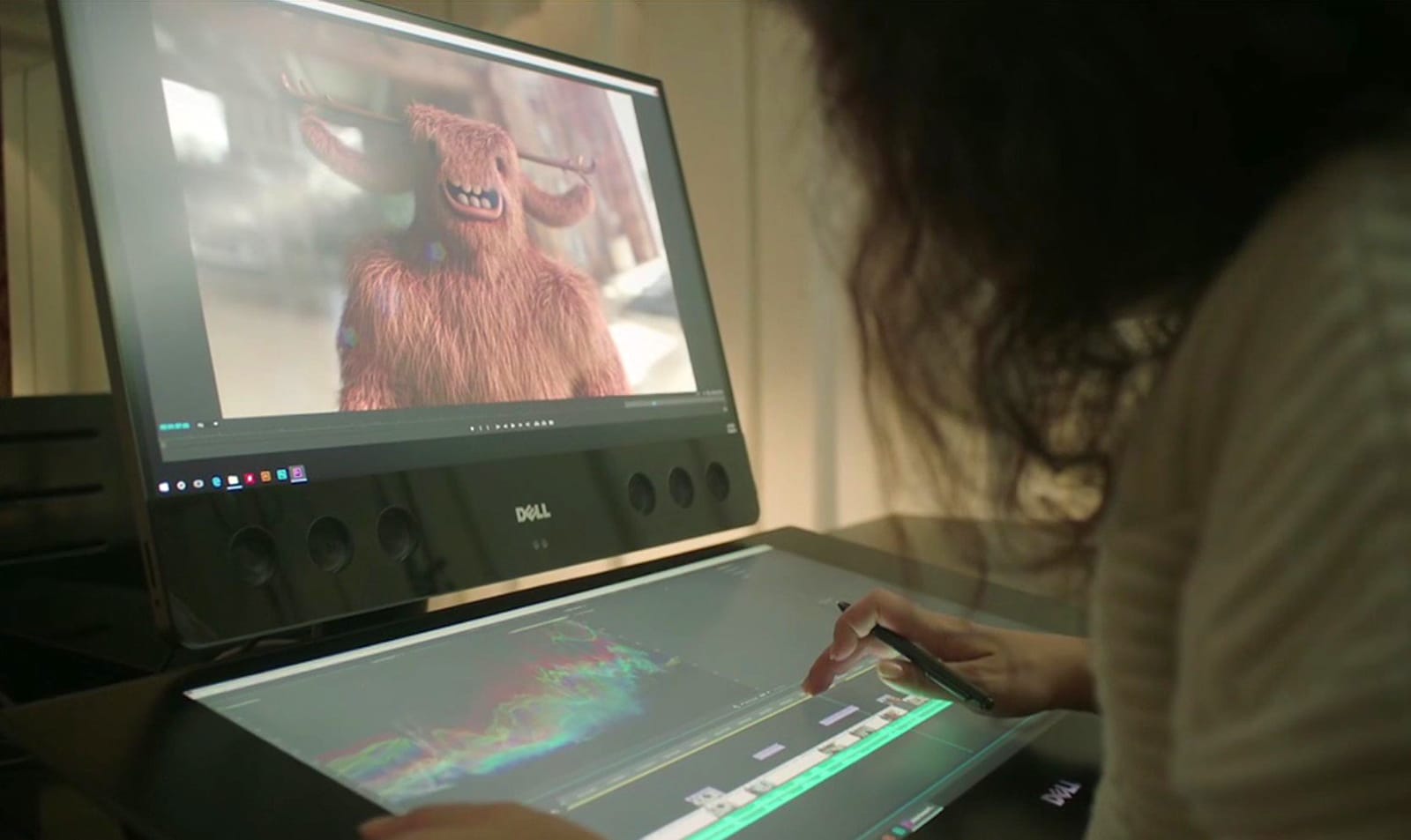 Microsoft and HP haven't completely cornered the market on creativity-minded desktops, apparently -- Surface Pro Artist noticed that Dell teased its own all-in-one creative PC as part of the AdobeMAX opening keynote. The short clip (below) avoids offering any explicit details, but it's clear that this isn't a direct parallel to the Surface Studio. You're not drawing directly on the computer, to begin with. Instead, Dell will have a Cintiq-style tablet display (it's not certain if this is standard or optional) where you'll create your masterpieces. The prominent chin on the Dell rig is also a sharp contrast to Microsoft's minimalist design. Are those speakers?

Not that there aren't any parallels to Microsoft's system. Dell will have its own Surface Dial-like accessory that can pop up brushes and other creative tools wherever you place it on the tablet display.

In keeping with Dell's time-honored tradition of not saying anything about products during teasers, the teaser doesn't discuss features, performance, price or ship dates. The company only mentions that you can expect a formal announcement soon. From a cursory glance, though, it's reasonable to presume that the dual display configuration you see in the video won't be cheap.

Update: Dell provided us some more details about the device, which it promises to showcase at CES 2017.

"At the start of Adobe MAX, Dell energized the audience with a sneak peek of its smart desk concept in action, teasing its innovative functionality and the exciting potential it will bring to creators everywhere. A full-horizontal touch display designed to work across a variety of systems, the device provides an immersive workspace for creators to build and interact with their content more naturally using pen, totem and touch. It's a new category of computing designed specifically for creators and nothing like it exists on the market today. Envisioned originally in 2014, we're excited to officially unveil it and more at CES 2017."

Via: The Verge
Source: Surface Pro Artist (Twitter)
In this article: adobemax, all-in-one, allinone, computer, creative, dell, desktop, gear, pc, personal computing, personalcomputing, video
All products recommended by Engadget are selected by our editorial team, independent of our parent company. Some of our stories include affiliate links. If you buy something through one of these links, we may earn an affiliate commission.