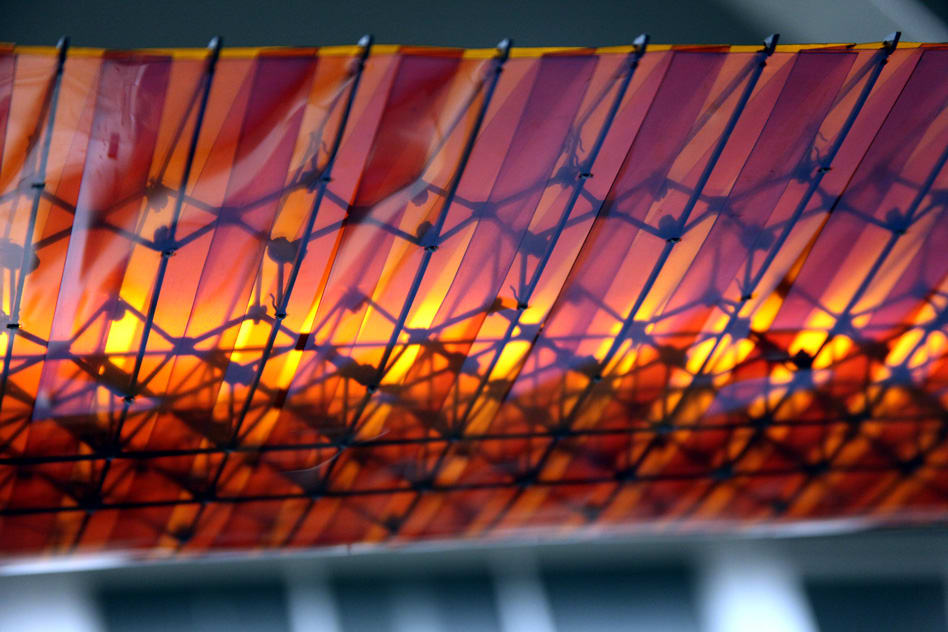 A wing is one of the most technologically advanced pieces of an aircraft, designed with all manner of moving parts that take advantage of the Bernoulli Principle. Previous efforts to make the wing more flexible, like a bird's, have run into snags too. "The biggest problem was that most of these attempts relied on deforming the wing through the use of mechanical control structures within the wing," MIT News writes. "But these structures tended to be so heavy that they canceled out any efficiency advantages produced by the smoother aerodynamic surfaces." More than that, they apparently made the wing more complicated and had some issues with reliability.

New research from MIT, UCSC and NASA could bring the wing into the 21st century, though. And it involves rebuilding it from scratch, in a manner that makes the entire piece flexible rather than just moving the flaps. Using a an "array of tiny, lightweight structural pieces" dubbed "digital materials," the scientists were able to put something together that was able to twist when put under pressure from a pair of motors on the wingtip.

MIT describes the wings as a sort of skin comprised of many overlapping identical pieces that can move while still being as smooth as needed for aerodynamics. What's more, they could even be broken down back to their base parts and reassembled into something else. Perhaps the biggest benefit is the impact this sort of thing could have on efficiency, both for aerodynamics and fuel.

"Wind-tunnel tests of this structure showed that it at least matches the aerodynamic properties of a conventional wing, at about one-tenth the weight," the post reads.

Test flights have been pretty impressive so far, and the team is looking to bring the tech to drones as a way to possibly deliver medicine in rural areas of developing countries. The applications go beyond airplanes too, as the materials could be used for infinitely bendable robot appendages or even skyscrapers or bridges -- structures that benefit from being flexible and strong.

Via: MIT News
Source: Soft Robotics (PDF)
In this article: aerodynamics, bernoulli, digital materials, flexiblewing, mit, nasa, science, transportation, wing
All products recommended by Engadget are selected by our editorial team, independent of our parent company. Some of our stories include affiliate links. If you buy something through one of these links, we may earn an affiliate commission.