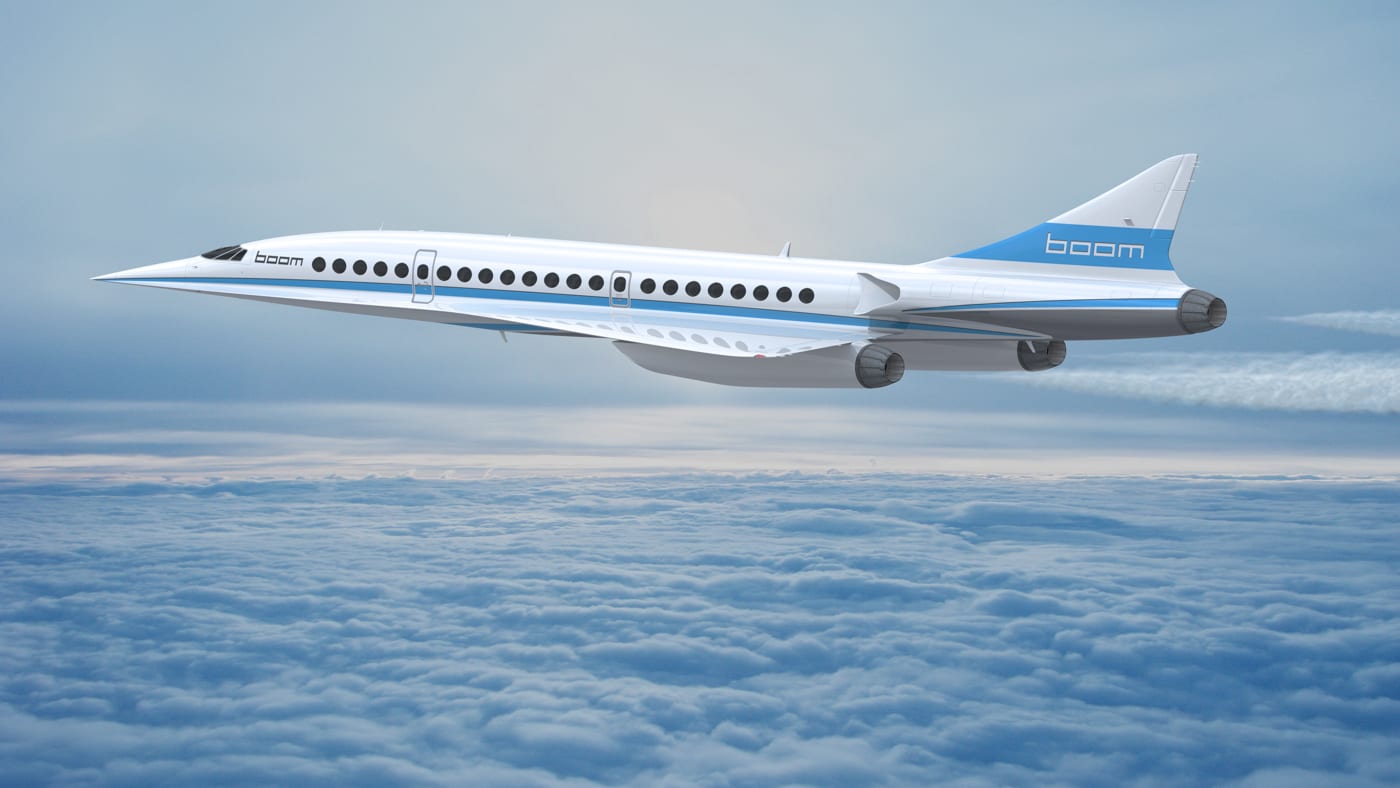 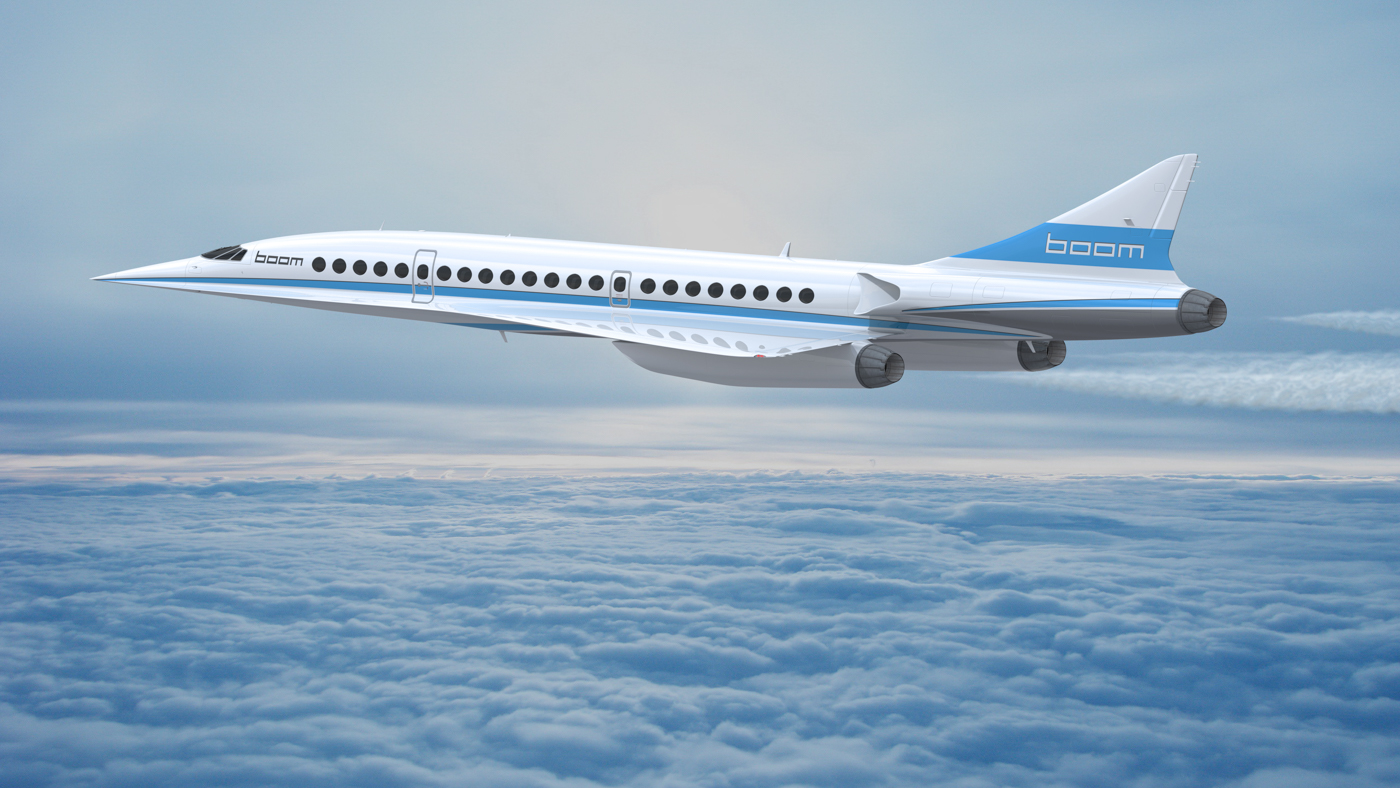 Boom founder and CEO Blake Scholl wants passengers to break the sound barrier. Since the demise of the supersonic Concorde passenger jet, commercial airlines haven't offered a quicker alternative to fly from point A to point B.

The Boom team wants to resurrect the speed of the failed Concorde without the issues that eventually doomed the plane. The aircraft used an incredible amount of fuel, was extremely loud even before it hit the speed of sound and it was prohibitively expensive costing $10,400 (£8,292) for a single round-trip ticket between New York and London.

We chatted with Scholl about his company, the working prototype it's building and how you'll be able to fly from New York to London and back in the same day.

Tell me a little bit about Boom, about your plan for supersonic jets.

So the backdrop on this is 60 years after the dawn of the jet age we're still living in the jet age. We haven't improved travel for like half a century. It's kind of embarrassing. Our phones are getting better, computers are getting better, and we're about to get self-driving cars. Sure our airplanes have gotten safer and they've gotten more efficient, but they haven't gotten any better at their basic job of making the world and easier place to access.

If you look back in history, we had supersonic travel with Concorde, yet we never took it mainstream. It was too expensive to be affordable to most people.

What we're doing, in essence, is taking that last 50 years of fundamental progress with aerodynamics, materials and propulsion and building and aircraft that's more efficient than Concorde so that supersonic travel can become routine for a lot more people.

I know one of the issues with Concorde was... It might as well have ran on coal. It was burning through so much fuel because it was supersonic flight. Will Boom use less fuel or use fuel more efficiently.

We're using fuel way more efficiently. Concorde was the best technology of the 50's and 60's. The engines had afterburners on them which is literally like dumping raw fuel into jet exhaust to get a bit more thrust. The afterburners look cool, but they're loud and they use 50 percent more fuel for 20 percent more thrust. Today we have a very different jet engine technology called turbofan, it's what's on every major commercial airliner today, it's significantly more fuel efficient and also quieter.

It's a similar story with aerodynamics and materials that are of a lighter weight. That all adds up to dramatically more fuel efficiency. On the other hand, once you make enough profit in fuel efficiency you can get the ticket prices down to the point where a lot more people can afford to fly. At Concorde there were only ever a dozen built planes. It was a finished product with no economy to scale. But when you make tickets more affordable then you get economy to scale and it's a virtuous cycle instead of a vicious cycle.

You're going to launch something in late 2017. What will that be?

They way we're approaching this is that we've done the high level design for the first passenger aircraft. It's a 45 seat airplane, that goes mach 2.2. It's a 2.2 times the speed of sound that's two and a half times faster than anything else out there today. But the first thing we're actually building we call the XP1, the supersonic demonstrator. That's what we're officially unveiling on November 15. It's a 1/3 scale version of the whole airplane that proves out all of the key technology to make this practical.

The full scale, taking passengers airplane, is a few more years out.

Tell me a bit about Richard Branson's involvement.

The back story there is Richard has been passionate about improvements in air travel for decades. He tried to buy Concordes for Virgin I think on two or three separate occasions and couldn't get those. Part of the motivation for Virgin Galactic is he wants to see higher speed point-to-point travel. So we were able to get in touch with him and his team and said, "hey, we have a way to do this. It's not decades off, it's zero breakthroughs away from being practical and it's more efficient and economical than Concorde ever was." Of course he was very excited by that.

Where will the November 15 event be held?

At our hangar just south of Denver at Centennial Airport. My roots are Silicon Valley. But, Silicon Valley is not specifically the best place to build a new airplane company so we moved to Denver. We got a hangar with a long test runway and direct access to test airspace and that's where we're building and flying the first airplane. 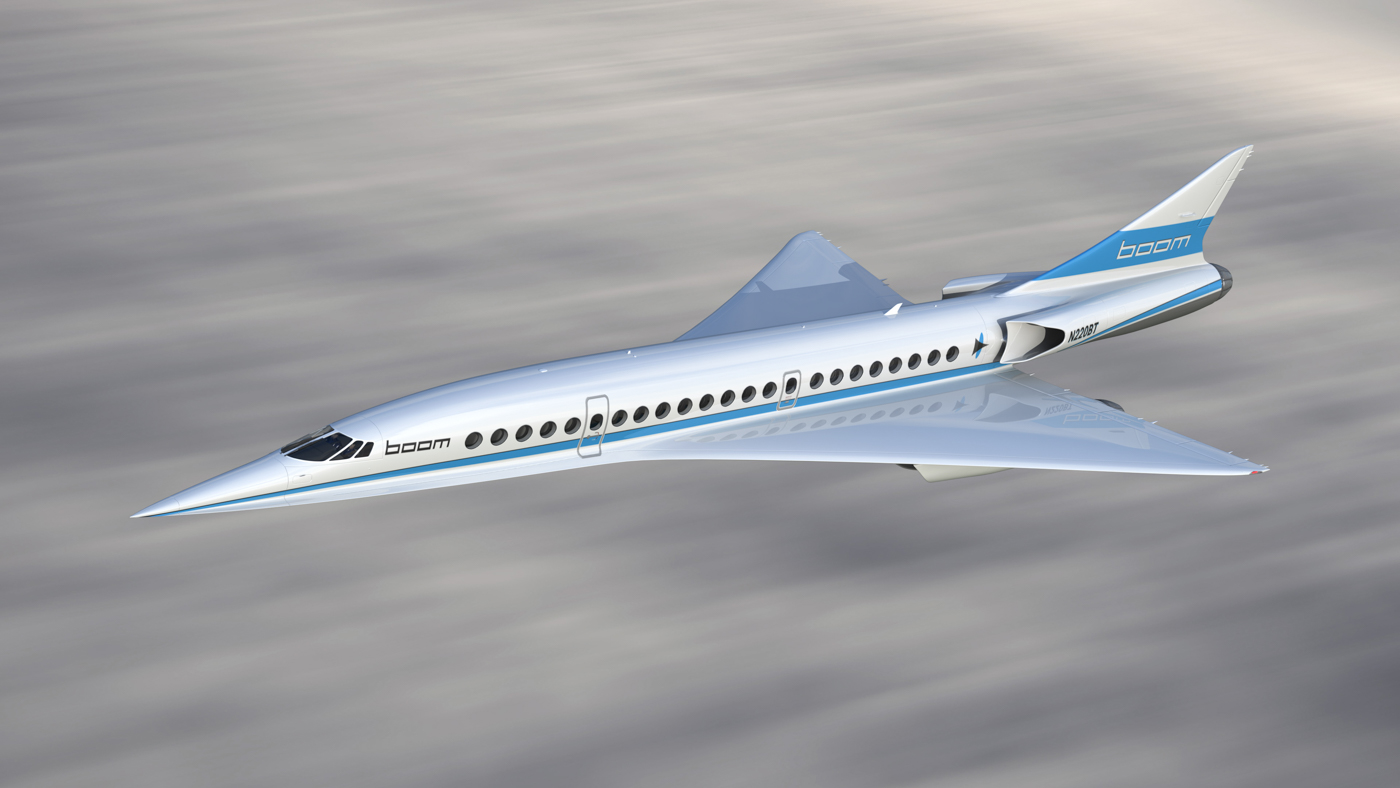 In Denver, because of that test airspace, do you have access to the talent that's going to help you bring this together or were you pulling a lot of people from Silicon Valley?

People have come from all around the country to be a part of this. That's actually one of the things I'm most proud of. We've put together a really fantastic team that has the chops to go out and build this.

Our chief engineer, Joe Wilding is certified for multiple passenger aircraft with the FAA. Our head of propulsion owned the front half of the engine in the joint strike fighter, and that's a supersonic engine design. Our ergonomists came from Gulf Stream where he owned their entire supersonic aero program. We just hired a systems guy from SpaceX who previously owned the entire second phase of the Falcon 9 and contributed to the key technology for making it possible to have the first stage of the rocket. I could keep going like this, it's an all star team.

One of the great things about working on an ambitious mission is you can attract the best minds on the planet to come help you make it real. In a way that makes it a harder thing and actually easier.

When you first approached these people, did you have to talk them into joining Boom?

There was a critical moment early in formation of the company where we had half a dozen candidates for the first couple roles in the company. We flew them all out to Silicon Valley and some VC friends gave us some conference tables and a room for a couple days. We had in the room; the inventor of the first personal jet, the chief engineer from the Virgin Galactic Spaceship 1 and Spaceship 2, the chief engineer for Adam Aircraft, I could keep going. It was a really good room of people and we sat down and said, "let's tear this apart and let's figure out is this really possible."

The conclusion that we came to was what we're talking about doing is feasible with technology that's already been proven on other aircraft. There's no, well we have to go get unobtanium or we have to get something out of the lab. What we're basically doing is taking the best technology, the state of the art technology and bringing it to a new design that gives it a really different capability for travel. The comments during the session were things like, "airplane ideas from internet guys usually aren't any good but this one actually makes sense."

So you brought the team together and hashed it out, make sure that it was a viable plan?

Yeah, we tore it apart. You could tell from sitting in a room with a bunch of really bright accomplished people who really, really knows their stuff who you want to work with. We hired two people out of that room, they became our chief engineer and our CPO.

Is there any concern about finding passengers who want this sort of service?

I haven't meet a single passenger who wouldn't like to get there in half the time. It's a tremendous amount of passenger excitement for a better travel experience and more being there and less getting there.

To give you some concrete examples, this isn't just about, "oh let me save an hour here or an hour there." This is about what you can do in a day. From New York to London is three hours and 15 minutes instead of seven. So if you're on the first flight of the day you get to London in time to make a late afternoon meeting. You can go out to dinner, hit the pub and catch a return flight and be home in time to tuck your kids into bed. So we're saving you at least an entire day. It's saving you a night in a hotel. It's saving you having to sleep on an airplane which sucks.

In this article: Airlines, Boom, Concorde, gear, Jet, Jets, personal computing, personalcomputing, sonicBoom, SupersonicJet, transportation
All products recommended by Engadget are selected by our editorial team, independent of our parent company. Some of our stories include affiliate links. If you buy something through one of these links, we may earn an affiliate commission.